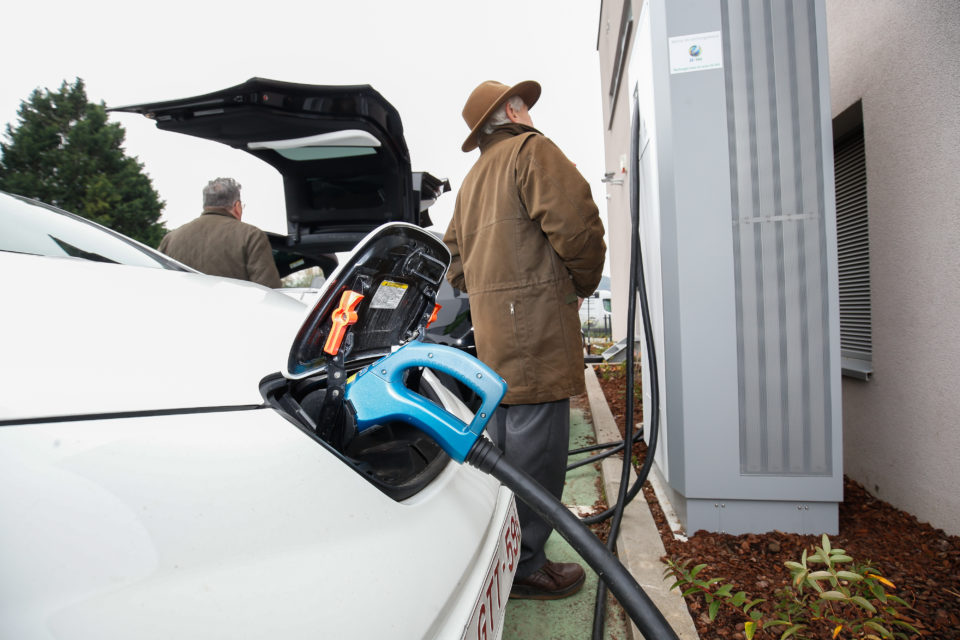 According to Synergrid, the study shows that no major structural investments in the grid are needed to cope with the arrival of the e-car. More than the number of electric cars, charging behavior will be crucial /Belga

If the electric car breaks through, the Belgian electricity grid will suffer, unless vehicles are charged intelligently. This is the conclusion of a study carried out by the consultant Baringa for Synergrid, the federation of network operators for electricity and natural gas.

In a worst-case scenario, Belgium needs 8 gigawatts extra capacity to cope with the increase in the number of electric cars by 2050. This is the equivalent of eight additional nuclear power stations, with nuclear power in Belgium already condemned. But there is no problem if drivers charge their e-cars in a staggered manner, according to the network operators.

The study highlights two hypothetical scenarios developed by the International Energy Agency (IEA). In the ‘low impact’ scenario, half of the Belgians charge their electric car at home, 40% at work, and 10% on the road. In that case, the grid hardly needs any extra capacity. The demand is spread evenly throughout the day.

In the ‘high impact’ scenario, in which almost all Belgians charge their electric cars at home in the early evening, the grid will run into problems. The demand for electricity in the evening peak, which is now 13 GW on cold days, will increase by 2 GW by 2030. In this scenario, the additional peak capacity needed would rise to 8 GW in 2050. That is 50% more than today.

“That extreme scenario is not the most likely, but it is not completely impossible,” says Bruno Gouverneur, the deputy director of Synergrid. We need to be prepared for a very extreme breakthrough of the electric car.

The study should nevertheless be taken with a grain of salt. Researchers are optimistic about the breakthrough of the e-car. In both scenarios, 55 percent of new cars sold in Belgium would be electric by 2030 and 90 percent by 2050. By 2050, 6 million e-cars would be on our roads.

Despite the expected wave of new models, it remains to be seen when the e-car breaks through. In the first eight months of this year, the pure electric car and the hybrid car together had a market share of 5,4 percent. Belgians also seem less likely to buy an electric car, and the new Walloon car taxation could slow down sales.

According to Synergrid, the study shows that no major structural investments in the grid are needed to cope with the arrival of the e-car. The main difference between the two scenarios lies in the charging behavior of the motorist. “The more we spread energy consumption over the day, the better,” says Gouverneur. More than the number of electric cars, charging behavior will be crucial.

Avere, the federation for electromobility in Belgium, sees the study as proof that the Belgian network can handle the roll-out of e-cars. According to chairman Jochen De Smet, it is unrealistic that 90% of motorists will charge their e-cars at home. “Today, a lot of recharging takes place at work because the electricity prices for companies are lower,” he says.

De Smet is also counting on software systems and the introduction of the smart meter to spread energy consumption much better. As a result, electric cars can buffer surpluses of renewable energy at quiet times and return them to the grid at peak times. “That’s right, but these systems are not yet available for use in the field,” Synergrid responds.

The message is that there is no need for panic, contrary to other specialists’ opinions. The different actors and authorities must sit around the table to anticipate the demand for electricity linked to the electric car. A new ecosystem has to be set up.

Some simple solutions are needed, such as spreading the load during the day (at the office or in transit). It would also be necessary for the recharging episodes to occur on medium voltage. Finally, reducing the average charging power at home will also be essential. 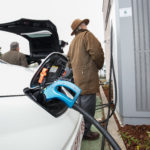