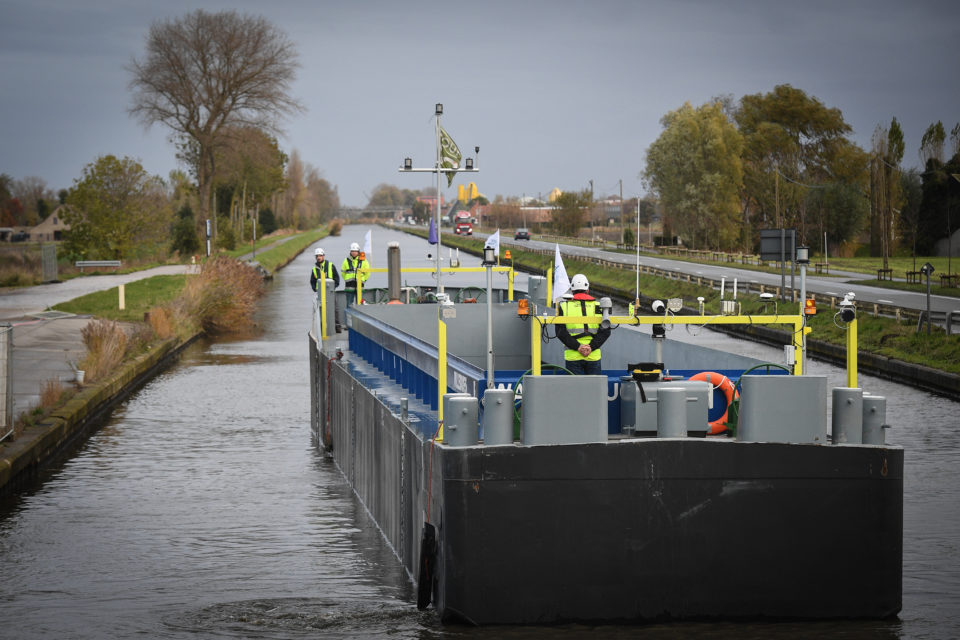 On the Ypres-IJzer canal and the Plassendale-Nieuwpoort canal, a remotely controlled unmanned barge from Group De Cloedt will transport dredgings for a year. Later four of them will be remotely controlled by one operator from a shore-based station /Belga

De Cloedt bought sixteen new barges with a length of 35 meters and five meters wide, without a pilothouse. The barge can load 250 tons of sand, the equivalent of twelve semi-trucks. An investment of 10 million euros, 44% financed with the EU’s money for the development of small canal barges.

Remotely controlled by one operator

Four of them will be remotely controlled from a shore-based station by one operator, starting next year if all tests are positive. The company will start with one barge and have a crew on board just in case. The barges sail at a maximum speed of six km/hour and will need six to seven hours to complete the journey.

Later the barges will be unmanned, but a crew will follow the ships on shore until everything runs smoothly. The goal is to have them operate utterly autonomous in the future, as the six-years project evolves. The technology to control the barges remotely is delivered by the Antwerp startup Seafar, a partner in the project.

Seafar tested its technology first on a boat from the Antwerp Port, equipped with all kinds of sensors. Patrick Degryse, president of the De Cloedt Group, sees more opportunities like the distribution of goods in cities. “I assume that our barges will be able to do that in the future, as mobility is a real problem and sustainability is gaining importance,” he says.

Chris Danckaerts, the top guy of De Vlaamse Waterweg, says it is a world’s first as the Flemish government has created in February 2019, a framework that allows ‘smart shipping’. This way, tests with unmanned and autonomous canal barges can be done on all Flemish inland canals.

Danckaerts sees the tests with remotely controlled barges as an essential first step to entirely autonomous barges, using artificial intelligence (AI), radars, sensors, and GPS. “But we’re not there yet. First, we want the remote control technology to be finetuned. Smart shipping will map out inland shipping as a safe and competitive alternative for road transport,” he assures.

Another inland shipping entrepreneur, Antoon Van Coillie from Blue Line Logistics, wants already to go one step further and start testing next year with full autonomous ships sailing between Wintam to Willebroek via the canal connecting Brussels with the river Scheldt. 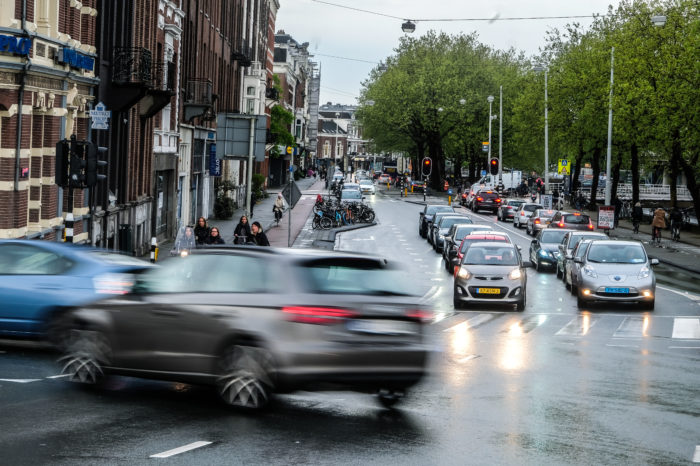 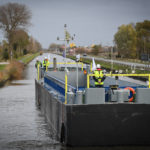