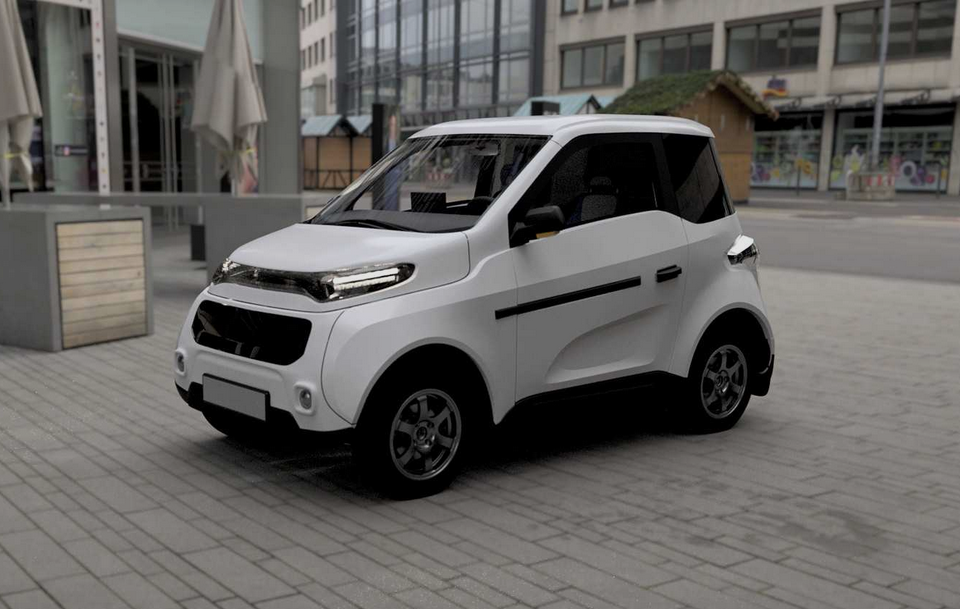 Russia is preparing for production in Taglietta on the left bank of the river Wolga of the Zetta, the world’s cheapest electric car /ZETTA

According to its Minister of Industry and Trade, Denis Manturov, Russia is ready to start production of the home-developed Zetta EV, the world’s ‘cheapest electric car’. It would sell starting from something like 6.380 euros. The four-seater, slightly longer than a Smart ForTwo, promises a range of 200 to 560 km depending on the battery-pack option chosen.

And it will be quite ahead of today’s competition, as the state-owned Rossiyskaya Gazeta writes. The ZETTA (Zero Emission Terra Transport Asset) engineering company, based in Togliatti, is working on a future neuro-controlled version for disabled people, for instance. This version will enable them to operate the vehicle just with brain thoughts and muscle movements, like some wheelchairs today.

Steering wheel for certification only

A steering wheel is only mandatory for certification purposes, the newspaper writes, since a joystick option or control by a smartphone app is in the pipeline too. Buttons on the dashboard won’t be needed even in the simplest version, as everything is controlled through a tablet.

The Russian-developed Zetta was already announced earlier, but Minister Denis Manturov told the state press agency, Tass, on Tuesday that production start is imminent, probably in December or beginning 2020. Work started as early as 2016, and, according to Denis Shchurovsky, CEO of ZETTA, everything needed for mass production will be ready in December.

‘Mass production’ is to be taken with a pinch of salt in this case, as the production of the Zetta will start with ten units to roll off the assembly line this year, 2.000 next year with a maximum output of 15.000 in future years. There will be no more than 200 employees working on it, the Rossiyskaya Gazeta writes.

The manufacturer plans to export 50% of the production, but Western Europe or the US aren’t mentioned. Export will rather go to the United Arab Emirates, Jordan, Kuwait, and several countries in North Africa.

“Electric cars are gradually ceasing to be exotic,” Manturov told the specialized automotive site auto.mail.ru.  “And I’m not only talking about imported models. We in Russia do not lag behind the advanced manufacturing countries of this type of vehicle.”

“At the same time, in our understanding, to bring tangible benefits, electric cars should initially be available to the mass buyer, there is no sense in operating expensive premium electric cars from the environmental point of view,” he adds.

The basic version of the three-door Zetta, a front-wheel-drive only, will start selling at 450.000 roubles (6.380 euros) with a 10 kWh battery from GE Power Technology (China), providing a 200-km range.

Two other trim levels of the four-seater foresee a larger battery option of 32 kWh for a 560-km range and a four-wheel-drive version. Whether these ranges are comparable with the European WLTP or other standard measuring methods, the Russians don’t specify.

The tiny city car is 3,03 meters long, 1,76 m wide, and 1,60 m tall and has a curb weight of 486 to 708 kg, depending on the battery capacity. The body is made out of composite materials screwed to a metal frame. The platform can take several versions of bodywork.

The car’s suspension is an adapted version of the eighth and tenth family of the Lada car from Renault-co-owned AvtoVAS, according to the Rossiyskaya Gazeta. The Zetta features a dual-circuit braking system (electrical and mechanical), ABS and ESP, heating and airconditioning, and keyless entry, depending on the trim level. 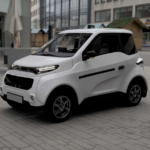