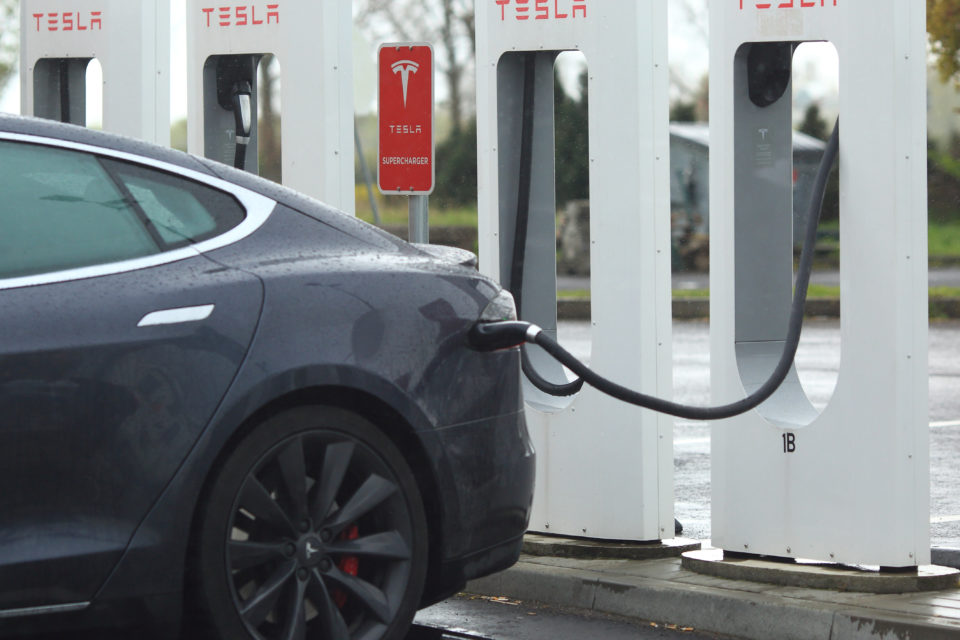 Making all company cars in Belgium EVs will need a serious charging infrastructure, like Tesla is providing /dpa

The proposition of federal informer Paul Magnette (PS) to make only EV company cars tax-deductible from 2023 onward is provoking many reactions, from all kinds of parties.

The environmental organization Bond Beter Leefmilieu (BBL) applauds the initiative. Mathian Bienstman of BBL: “The Flemish and the federal government now have climate plan proposals that won’t reach the European targets for 2030. The proposal of Magnette can help us to reach those targets. At the moment, half of the cars sold are company cars, and on average, they drive two times as many kilometers.”

BBL has calculated that the electrification of the company car and the target to sell 2/3 of emission-free cars in 2030 for individual buyers, would decrease car emissions with 46,9%. For the entire transport sector, this would be -32%.

According to BBL, the plan is also very feasible. “In 2023, there will be more than 100 different electric models, and most of them won’t be more expensive than comparable ICE cars.”

The organization also asks that the tank card that usually goes with the company car should be abolished to avoid unnecessary private travels and that the so-called salary car as a whole should be abandoned entirely after 2030.

Some political parties have already done proposals that go in the same direction. Els Ampe (of Open-VLD in Brussels), for example, proposes that some ‘superfluous’ parking spaces that will be taxed or have to disappear, can be fitted with a charging point and are then exempted from taxation or removal.

The reaction of the employers

Kasper Demol from Voka, the Flemish association of employers, is not against the principle of the proposal but sees many dangers. “A change like this has a cost, and employers don’t want to pay more.”

According to Ronny Belmans, CEO of Energyville, the electric car is not more expensive anymore for companies.”Of course, you have to invest slightly in the beginning, this is a transition phase, but in the end, it will be cheaper.”

According to Belmans, the problem of the public charging infrastructure will solve itself. If you have a yearly increase of 200.000 EVs, there will be enough players on the market ready to install new infrastructure.

And the concern that the energy network won’t cope is also dismissed: “When 600.000 company cars will drive electrically, this signifies a consumption increase of 2,5 to 4%, which is peanuts.”

Bienstman from the BBL agrees but warns for one thing. “If people would charge their cars together, for example at 5.30 p,.m. when they get home, this could create problems locally. That’s why we need the so-called smart meter asap.”

Bienstman also talks about a spill-over effect. Electric company cars will come on the second-hand market after four years generally and create a significantly cheaper aftermarket of EVs.

And the leasing sector itself?

The leasing sector itself is a little reluctant. Frank Van Gool from leasing association, Renta, thinks there are not enough electric models to choose from. “A complete change in 2023 is too short,” he says. “At the moment, electric cars are still 20 to 25% more expensive than gasoline cars or diesels,” he continues, “what will this be in three years. Companies will have to pay for the difference.”

According to Van Gool, an intermediate arrangement has to be worked out. “You can’t punish the current company car users for their choice. So there has to be a transitional period.” 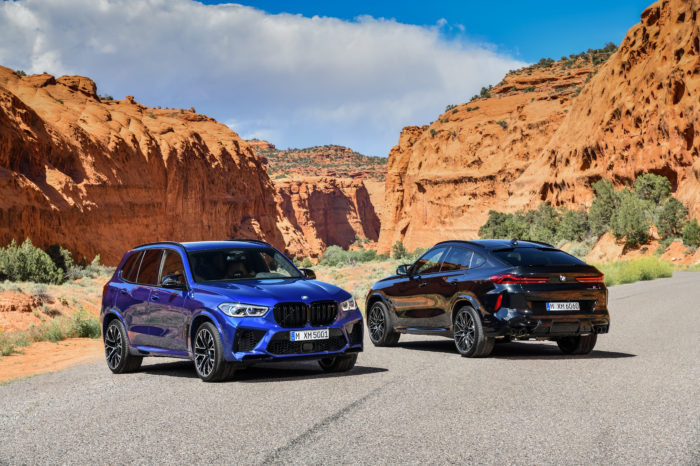 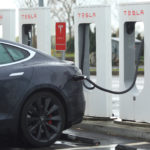