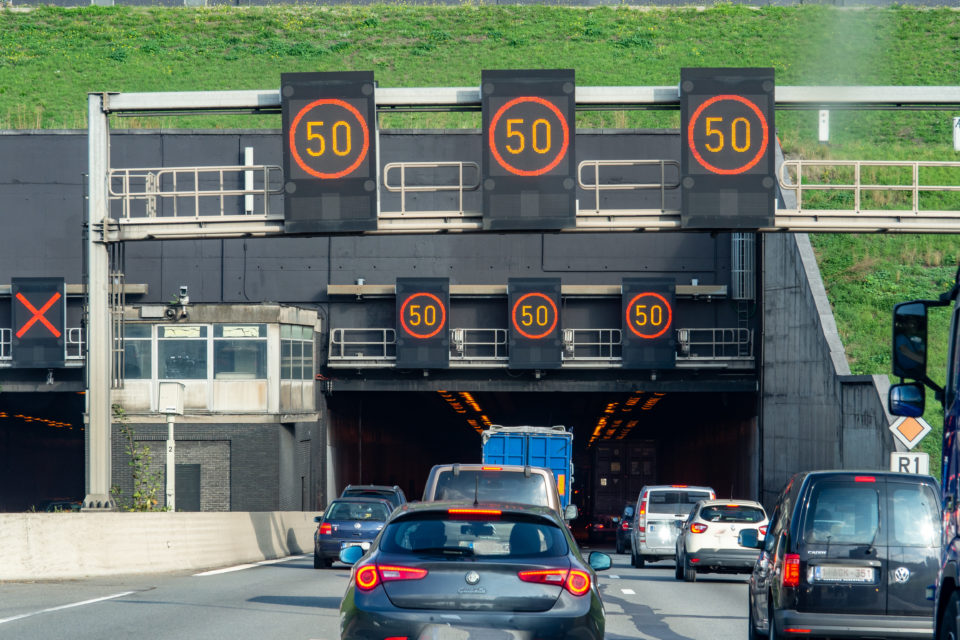 The ‘tunnel dosing’ method will limit the number of cars that are entering the tunnel to avoid that cars will come to a standstill in the tunnel. An accident in a tunnel is more dangerous than one in the open air /Belga

The Agency for Roads and Traffic (Agentschap Wegen en Verkeer, AWV) is introducing a measuring system to improve safety in and around tunnels. The ‘tunnel dosing’, as the principle is called, will limit the number of cars that are entering the tunnel to avoid that cars will come to a standstill in the tunnel. The system will be launched first in Flanders’ most dangerous tunnel: the Beveren tunnel in the port of Antwerp.

Inspiration for the ‘dosing’ method is coming from The Netherlands. “An accident in a tunnel is more dangerous than one in the open air,” explains the AWV. “That’s why we want to avoid those accidents as much as possible.”

The system will only be activated in case of traffic jams in the tunnel, or when the risks for them are real. “Detection happens with measuring loops in the road surface. As soon as the system detects congestion, the number of available lanes will be brought down.

By closing one or more lanes, and signaling this with a red cross on the smart road signs above the highway, traffic will automatically be ‘dosed’, and traffic flow will continue smoothly. At the same time, speed will be reduced on the remaining lanes.

The ‘tunnel dosing’ will first be applied in the Beveren tunnel (Antwerp) in the direction of The Netherlands, one of the most dangerous tunnels of the country. Last year, 29 accidents took place in the rear-end of traffic jams; this year, there already were 26. In a lot of those accidents, trucks are involved. 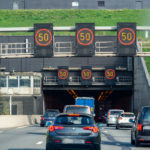