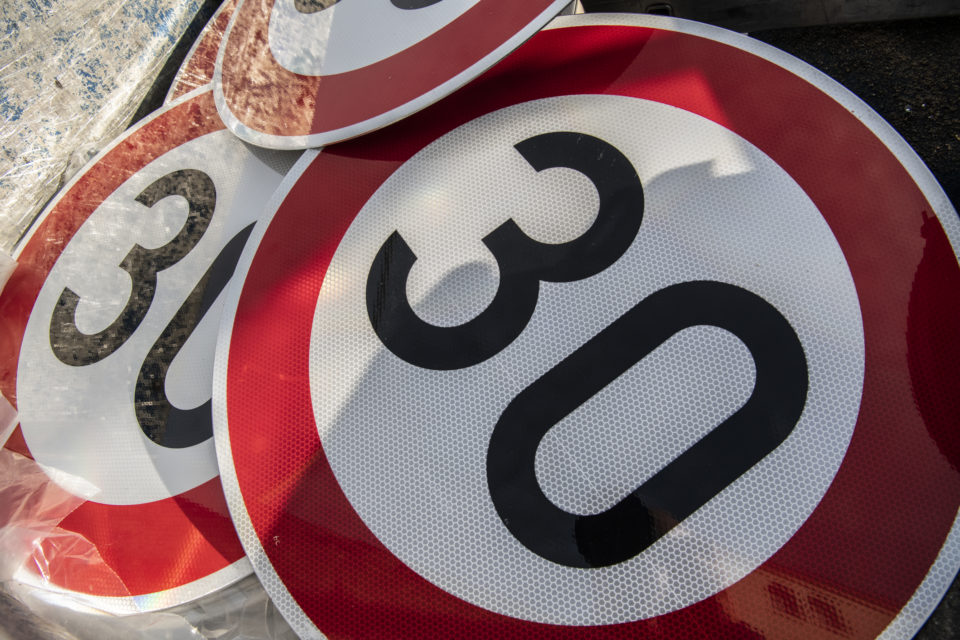 Except for four or five major axes limited to 70 kph and 50 kph, the rest of the Brussels Region’s streets will be limited to 30 kph /DPA

On January 1st, 2021, in one year, Brussels will have completed its speed limit reduction to 30 kph on most of the Region’s streets.

Today, the government begins discussions with the 19 municipalities, police zones, and public transport operators, to make that transition to go as smoothly as possible. Brussels Mobility has created a temporary map highlighting the exceptional 50 and 70 kph axes.

In one year, the Brussels Region should have completed its new speed limit reduction and, consequently, installed a series of speed controls all over its territory to make sure it gets respected. The proceedings have really started today, as the Government meets with the 19 municipalities, the police zones, and the public transport operators.

The Regional administration in charge of mobility, Brussels Mobility, has created a provisional map highlighting the speed limit change. It shows that only major axes, such as the Tervuren Avenue, will be limited to 70 kph. Brussels plans to keep only four or five axes at that speed. All in all, 90% of Brussels streets will be limited to 30 kph.

“We have one year to prepare the City30, to make it a reality. We’ll do that hand in hand with municipalities, police zones, and Stib/Mivb. The City30 will allow better consistency,” explains Brussels Mobility Minister, Elke Van den Brandt (Groen).

“In Brussels, as of next January, the motorists will know that they can’t drive at more than 30 kph unless otherwise advised. It’s the opposite of the current situation. The City30 will save lives. And it will also make it possible to offer a better quality of life to all Brussels citizens, with a safer environment, cleaner air, and less noise,” adds the Minister.

The workgroup will also work on the required infrastructure change. As all experts agree, the new speed limit won’t be respected without clear instructions, signaling, control, and infrastructure. 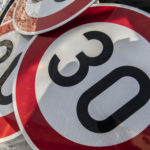