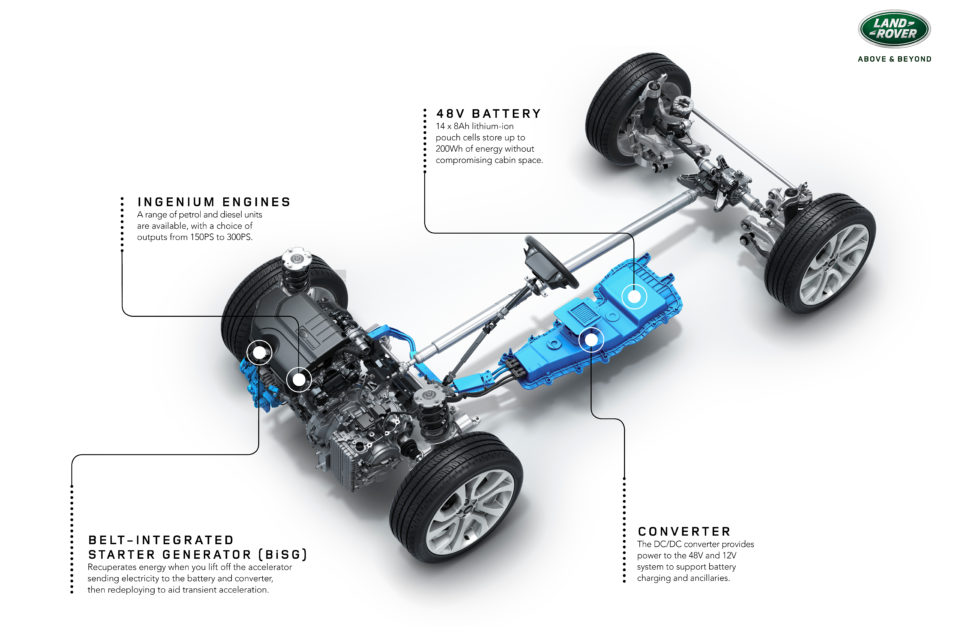 48V mild-hybrid systems use a belt-driven starter generator to recuperate low energy and reuse it to start the engine, to help acceleration, or to power ancillaries /Jaguar Land Rover

Mild-hybrid technology could very well become the norm for future engines, as its ratio of energy efficiency to cost makes it extremely competitive compared to other fuel-saving technologies. With its low voltage, it’s also safer and lighter.

As carmakers are rushing to reduce their average CO2 emissions for 2020 and the upcoming years, numerous types of powertrains are flourishing. Electric cars are seen as the ‘get out of jail free card’, especially since they count double in the EU calculations. However, their range and, most importantly, their high prices are still the major hindrances.

While some are going a completely different way (CNG or fuel-cell), most carmakers are pushing toward electrification of their conventional internal combustion engines. That technology already exists with hybrid and plug-in hybrid powertrains, but it’s still relatively expensive.

With these arguments, 48-Volt mild-hybrid systems appear to be ideal. The technology replaces the vehicle’s starter and generator by a belt-driven electric motor taking both roles at a time. It recuperates energy when the vehicle is slowing down and stores it in a small battery. That electricity can be used to power the car’s ancillaries or to help the ICE during acceleration phases. It also restarts the engine faster and more efficiently.

“On average, the 48V mild-hybrid system can save up to 20% of fuel,” explains Guillaume Devauchelle, research manager at Valeo. Many carmakers are equipping their cars with the technology to help to reduce their total CO2 emissions. Every little helps.

According to some experts, mild-hybrid could even become the norm for future internal combustion engines, as its ratio of energy efficiency to cost makes it extremely competitive. Indeed, 48V systems cost a third of the price of a classic hybrid system but offer two-thirds of the fuel savings.

Currently, most electric and hybrid cars run on high-current systems, such as the 300V Toyota Prius or the 800V electric Porsche Taycan. However, in 2018, French OEM Valeo presented a 48V electric car in Las Vegas. “We can easily offer a car with a 100-km range, which runs at a maximum speed of 100 km/hour. This technology is perfectly adapted to the major urban centers of the East and China,” explains Mr. Devauchelle. However, that car must weigh less than a ton to be efficient.

“In the context where the idea of a versatile car is gradually being dropped, there’s a real challenge to decomplex the technology. In that regard, Valeo’s 48V electric car seems interesting,” declares Guillaume Crunelle, automotive industry specialist at Deloitte. 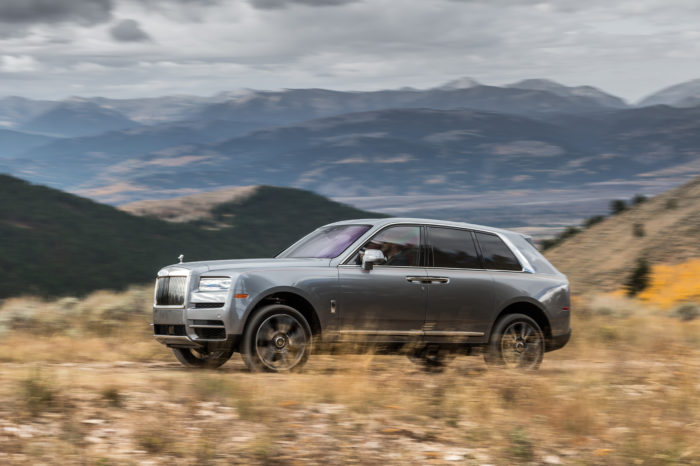 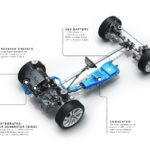