Mercedes cites a very complete product portfolio with a good offer in premium compact cars, like the A Class, the best-selling company car /Mercedes-Benz

Mercedes is number one in premium car sales in Belgium. According to Mercedes-Benz, the brand has made its mark in the professional market for several reasons. Mainly thanks to the extended vehicle portfolio and the availability of cars.

Mercedes-Benz Benelux boss, Niels Kowollik, refutes these accusations in the Belgian economic newspaper L’Echo. He explains there was indeed a surge in the number of registrations during the transition to the new emission standards. But this number was limited to 500 cars in all.

“They were not deregistered, but used and then sold at an almost normal level. I was quite surprised when some people mentioned a deterioration in price levels. Saying that in public sounds like we agree on prices, which is obviously not the case,” insists Kowollik.

He also says that Mercedes-Benz did not drastically cut prices. “We didn’t buy the market, as some people say, the sales went along with these figures,” he assures. “Of course, we sold these 500 cars at a better price. They had already been registered. But they reached other customer groups, for example, in private leasing. If you make a good offer for this type of car, you can find customers who didn’t buy Mercedes before,” says Kowollik.

In any case, a look at the 11-month net figures for Belgian registrations shows that Mercedes-Benz is indeed the number one premium car manufacturer in Belgium. Even if the Mercedes-Benz cars unregistered within 30 days are removed. Over 11 months, in net figures, Mercedes-Benz sold almost 2.000 cars more than BMW.

Mercedes-Benz cites a very complete product portfolio with a good offer in premium compact cars. “The A Class is the best-selling company car in 2019, which is proof of where our growth is really coming from,” says Kowollik.

What’s more, Mercedes-Benz has benefited from having almost all versions and engines available after the transition to the new standards. This was not always the case with the competition. For example, Audi sales were heavily penalized at a certain point.

It is also interesting to note that Volvo, which is increasingly becoming a premium brand, is now a strong fourth in this market segment.

If we look at the numbers at the group level, the picture is different. Cumulative BMW and Mini sales total 44.707 cars. Those of Mercedes-Benz and Smart together amount to 39.495. Enough to reopen the debate on the real number one of the Belgian premium segment. And the fact that Smart is becoming fully electric should not help the brand in the near future.

But Mercedes-Benz also sells vans. Here, too, we’re talking about a record year with almost 11.000 vans, 1.000 more than last year. Not a single pickup truck in sight in the BMW group.

BMW, Audi, and the like will obviously not let themselves be fooled in 2020. The boss of Mercedes-Benz is expecting sales of the brand in the best case scenario at the 2019 level. There’s a good chance that the automotive market will decline in 2020.

This situation will require an even harder fight to get the most out of the market. But, according to Kowollik, premium brands could be hit less. “The premium segment will suffer less than the market in the future. People’s desire is still there for premium cars.” 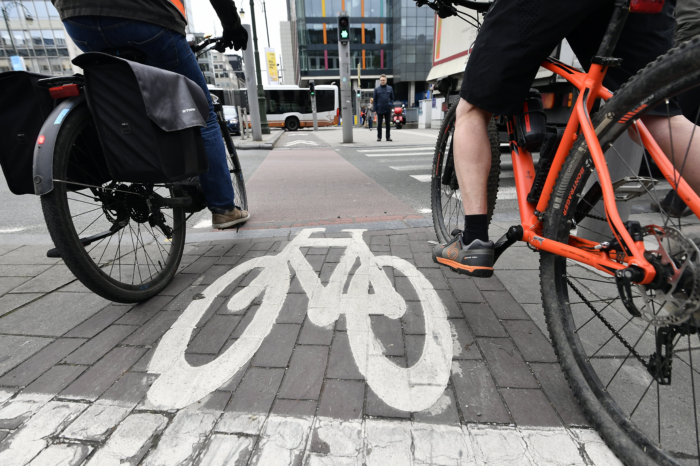 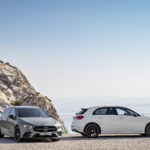