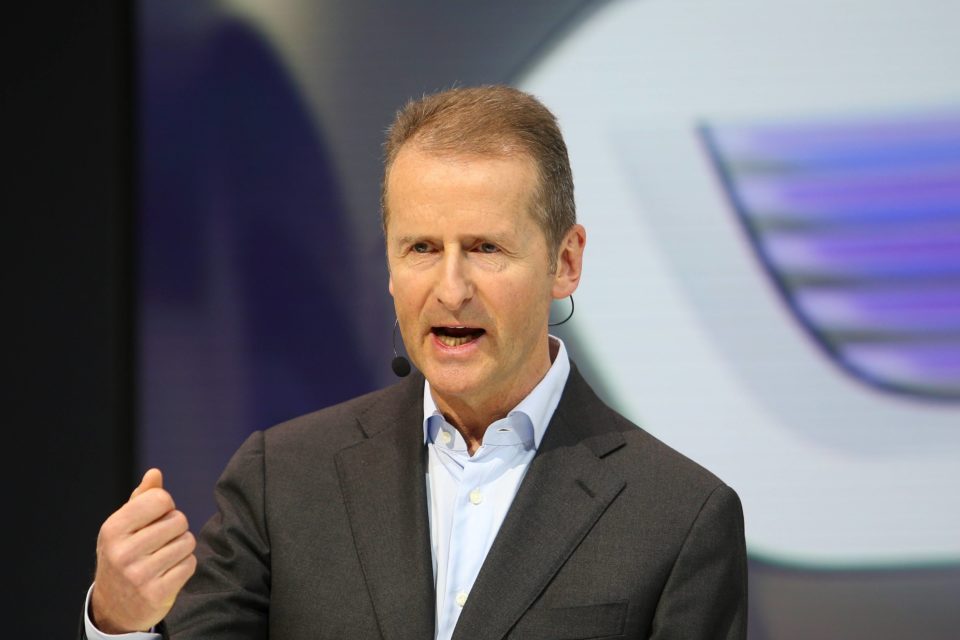 Diess: “The era of classic car manufacturers is over. Only as a digital technology group Volkswagen still has a future. That is the only way.” /Imago

Volkswagen CEO, Herbert Diess, wants the company to speed up its transformation into a technology company. He said that at a meeting with the company’s top management. Diess pointed out the rapid developments at Tesla and Toyota.

Volkswagen’s current European sales figures don’t immediately demonstrate the need for change. In 2019, the group remained number one on the European car market and outperformed the overall market growth. The total car market in the EU grew by 1,2% to 15,34 million cars, while the VW group grew by 3,1%. The increase is mainly due to Skoda, Seat, and, to a lesser extent, Porsche. These three brands saw their annual sales increase by 70.000 cars, while the Volkswagen brand saw an increase of 5.000 vehicles.

But to remain relevant in the future, according to Diess, the transformation from a car manufacturer into a technology company is necessary. “The era of classic car manufacturers is over. Only as a digital technology group Volkswagen still has a future. That is the only way,” the German business newspaper, Handelsblatt, quotes Diess at a strategy meeting with his management.

But according to Diess, VW’s problem might be the speed of the transformation: “If we continue at our current pace, things will start to pinch”. Diess says Volkswagen “needs an extra catch-up program to mobilize all the group’s potential”.

The VW executive drew a parallel with the often-quoted Nokia. The Finnish mobile phone manufacturer did not see the new technological developments coming. Other, more innovative brands pushed Nokia out of the market.

According to Diess, the success of the IT division Car.Software, founded last year, will be decisive for the future of the Volkswagen Group. In five years’ time, this division should provide work for five thousand IT professionals.

Diess’ appeal comes a day after the announcement by Stefan Wolf of the German Automobile Manufacturers Association VDA. He said that Germany will need to invest between 10 and 20 billion euros in the infrastructure of, among other things, charging stations in the near future. This is necessary in order to be able to compete with China, the largest market for electric cars.

That China has the upper hand is also evident from the announcement of Tesla top executive, Elon Musk, to open a new R&D center in China. In December, Tesla already opened a multi-billion-dollar factory in Shanghai for the assembly of the Model 3 and the Model Y.

During his speech, Diess pointed to Tesla, which saw its stock market value rise to 97 billion dollars in recent months. With this, Tesla beats VW, which has to make do with a market value of 90 billion euros. “The car will be the most important mobile device,” said the VW boss. “When we realize that, we understand why Tesla is so valuable from an analyst’s perspective.”

Diess says the current figures of the VW group are good but thinks the automotive sector will be put to the test in the coming years. He openly wondered whether VW is prepared for what is to come. “2020 will show how weatherproof, agile, and responsive we have become.”

In view of climate change, Volkswagen’s technology must also make a positive contribution to the environment. The German automaker aims to invest 6% of its turnover in R&D. “That is the absolute upper limit,” says Diess, as Toyota already achieves that goal with 3% to 4% in R&D expenditure. And that group “is considered innovative and environmentally friendly”. 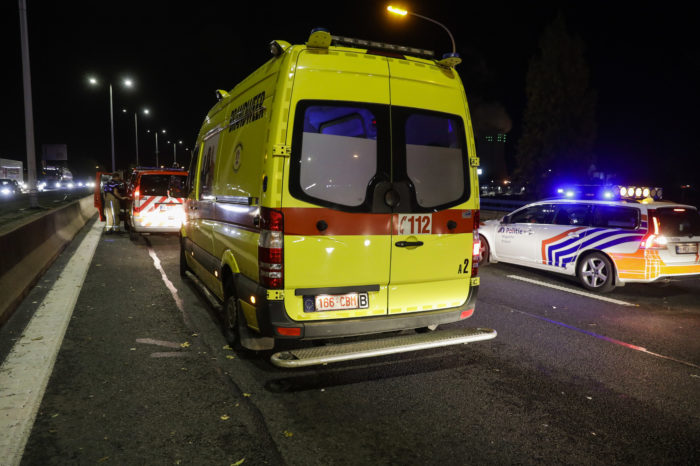 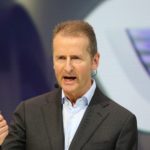