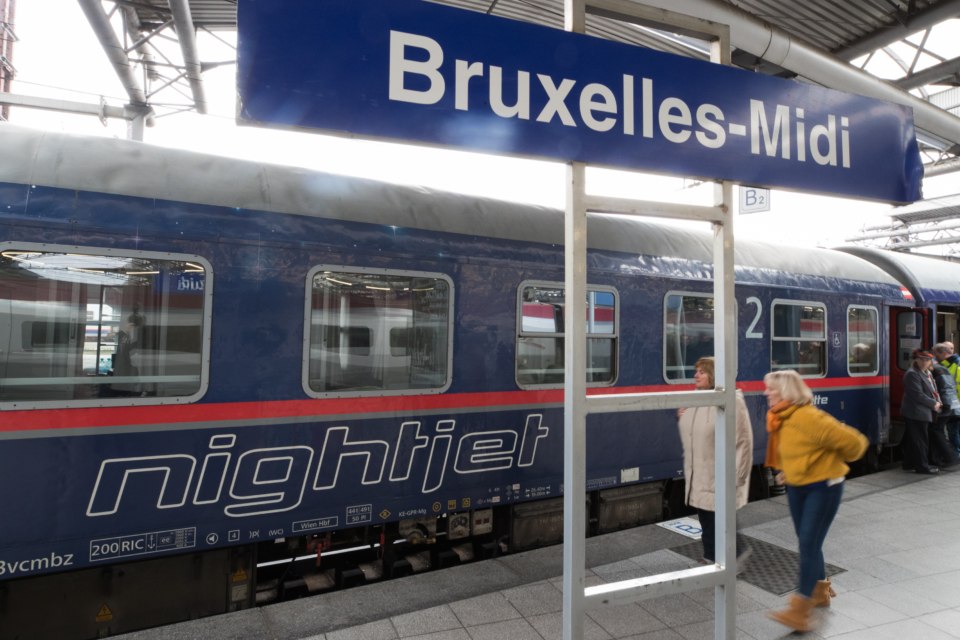 Various parties are arguing for more night trains between European capitals, as an alternative to air travel /Belga

The arrival of the Nightjet, the night train connection between Brussels and Vienna, has aroused a lot of interest. There is not only the mobility and ecological aspect, according to action groups, but the climate impact of such a night train is also eleven times smaller than the impact of the same journey by plane.

Thanks to the Nightjet, Belgium ties up with a tradition that retains a mythical dimension, and at the same time, the new connection could also make Brussels a real European rail hub for small-scale international journeys.

Need for a global European approach

From the Orient Express to the Trans-Siberian Railway: the night train takes us back to a distant time when the train was almost the only way to travel long distances on the continent and in conditions of comfort that we have lost the memory of. Abandoned in the 80s, the night train – it had many lovers and inspired many writers – has risen from its ashes in several European countries, especially in Austria.

Once considered obsolete, it is now recognized as a particularly ecological means of transport. “The environmental problems force us to commemorate our mobility,” said Belgian Minister for Mobility, François Bellot (MR), when the Nightjet arrived – right on time – in Brussels-Midi on Monday. “A global European approach is needed.” The Minister even expressed the ambition to “make Brussels a real European train hub”.

Battle is not won yet

However, the battle is not won yet. Belgian railway NMBS/SNCB does not have sufficient means to embark on this type of adventure. And in France, President Macron, as soon as he was elected, suspended plans for high-speed lines, preferring to replace them with slow and polluting coaches.

The train, however, is the solution to common sense. But everyone still has to be convinced of this, although traditionally the green parties are particularly fierce defenders of the idea.

Every year, more than 8.500 flights connect Brussels with Paris, London, and Amsterdam, three cities less than 500 km away, carrying 1,1 million passengers. According to the political party Ecolo, this represents 60 tons of CO2, easily avoidable.

For example, a passenger on a Vienna-Brussels flight generates 410 kg of CO2, while the emissions are ten times lower if this person travels by train, in this case, 40 kg of CO2. “We want the train to be the priority choice for small-scale international journeys,” says Ecolo MEP Sarah Schlitz in the newspaper La Dernière Heure.

“We, therefore, need to launch an expansion of the range of night train services, but also to invest in international high-speed trains.” In addition to reducing ticket prices, the organization and coordination between the various European railway companies must also change.

At present, for example, each railway operator uses its integrated travel planner and ticketing system. Data is insufficiently shared, prices are opaque, and no alternatives are offered.

“With a European agreement, international, national, and regional providers could be obliged to make their offer and services available in a public reservation system,” says Schlitz, who’s also an advocate of a reduction in train ticket prices through lower network charges for the international trains.

Train path in Belgium is expensive

Still, this is not the time for the development of this type of service in Belgium. The main obstacle to the development of international night trains in Belgium is the price of the train path (the cost to be paid by the company depending on the time of day and the type of journey), the lack of suitable equipment, and the on-board staff who have to be trained for this type of offer.

“In Belgium, the cost of these train paths is one of the highest in Europe,” says Arnaud Wieclawski, co-founder of the citizen collective Back on Track Belgium, the Belgian branch of the Back on Track movement, which campaigns for the return of night trains in Europe. But in a few months’ time, its price should fall. And that offers perspectives.

Together with Greenpeace, TreinTramBus, Summer without Flying (Zomer Zonder Vliegen), and Union for a Better Environment (Bond Beter Leefmilieu), the collective wants night trains from Brussels to various European capitals. The common goal? For Europe to be as connected in terms of trains as it is in terms of airplanes or cars.

On the side of the NMBS/SNCB, they say that “it does not depend solely on the railway company, we need financial support to set up such projects.” According to Elisa Roux, spokesperson for the NMBS/SNCB, “the company remains open to future collaborations, even if there are no current projects.”

For more than twenty years now, night trains have gradually disappeared from the European landscape due to the increasing and unfair competition with airplanes. “The airline industry remains largely out of reach of climate targets, and flights are virtually tax-free.

Policy-makers urgently need to end this and spread the tax burden on rail and air traffic more evenly,” says Maarten Demarsin of Back on Track. “The EU must also promote cross-border cooperation in the field of railways in order, for example, to make infrastructure more uniform.”

ÖBB, the Austrian train company behind the Nightjet, has already proven on several occasions that things can be done differently and successfully. ÖBB is a state-owned railway operator.

The Austrian government decided recently to allocate 11 billion euros to ÖBB within the 15 years to support the company’s services. Such conclusions cause criticism by the private railway operators that have no access to the state subsidies. 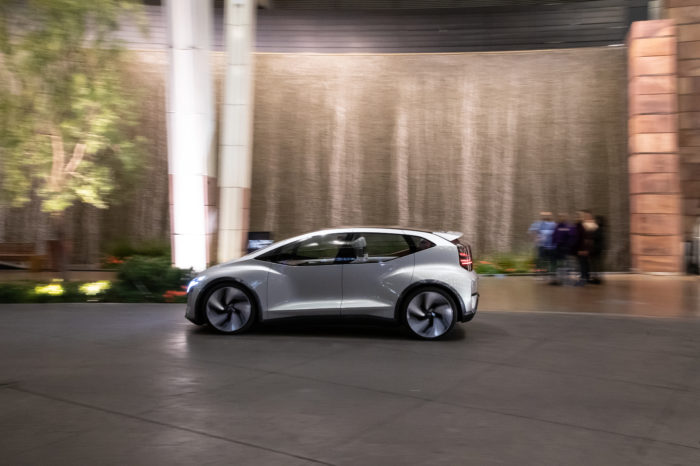 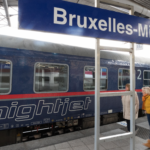