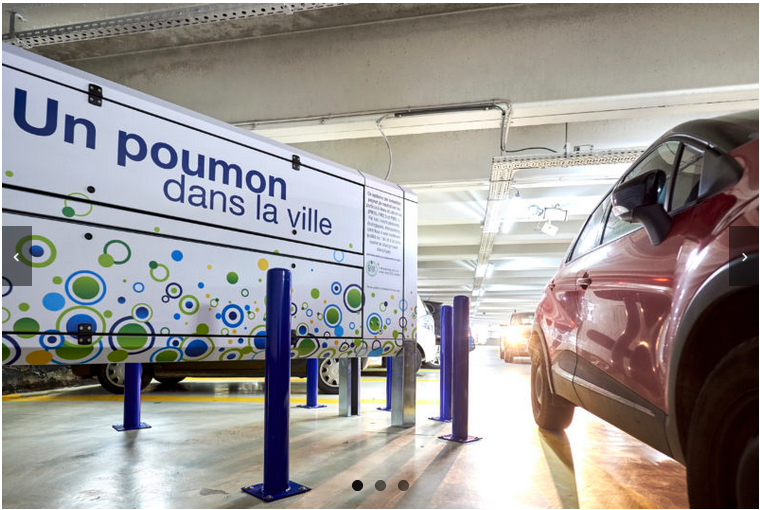 The ‘Lung in the City’ technology filters up to 7.500 cubic meters of air in the parking garage, making air quality underground even better than outside /ENS Clean Air

Belgian Interparking is equipping several major Brussels’ underground parking garages with air cleaning technology that makes the air actually better than outdoors. The system filters 7.500 cubic meters of air per hour, removing up to 70% of particles.

Interparking is Europe’s third-largest parking operator active in nine countries and one of the first to invest heavily in better air quality in its garages. It officially inaugurated on Monday eleven air cleaning machines in its underground parking of ‘Deux Portes’, near the Porte de Namur in Brussels, an installation that started in September.

The first installation, however, dates back to April last year in the parking Beffroi in Namur. The Antwerp’s Roosevelt parking was the next, beginning of January this year. In Brussels, the parking at the Grand Place and the North Station are to follow soon, as are other parking garages in Bruges and Ghent.

The technology used is developed by Dutch air filtering specialist ENS Clean Air, together with the Technical University of Delft (Netherlands). The ‘Lung in the City’ as it is called, uses a process of positive ionization to catch fine particles and soot from the air.

Wear of brakes and tires

The positive-loaded particles are attracted to a negative collector plate, sticking the particles to it. The finest particles stick together to form ‘coarse dust’ on the plate, that can be removed, and clean air is pushed out.

Filtering up to 70% of particles

In underground parking garages, concentrations are high, and strong ventilation is needed to evacuate the polluted air to the outside, making the air quality in the vicinity of the outlets even worse.

ENS Clean Air claims to filter out, depending on temperature and humidity, up to 70% of all particles; 40% of fine particles and 20% of ultra-fine particles. The latter being the worst for health, as they can penetrate the bloodstream through the lungs. By filtering the air in the underground parking garage, air quality, in general, tends to be better than in the open.

Wouter Florizoone, an environmental engineer, working for Transport and Environment in Louvain, has his doubts about the system. “The figures Interparking is giving us could be right, but they are omitting certain things,” says Florizoone.

“Ionisation also causes ozone to be formed, which is toxic when inhaled. So the question is, “what’s the benefit in the long run…” “Interparking is also claiming to clean the outside air (‘a lung in the city’) and countering climate change. Both allegations are nonsense.”

“The underlying message of Interparking is clear: let’s build more inner-city parking garages, and we will clean the air. They forget that they will lead cars into the city center en generate more exhaust pollution by doing so. This is a perfect example of ‘greenwashing’.” 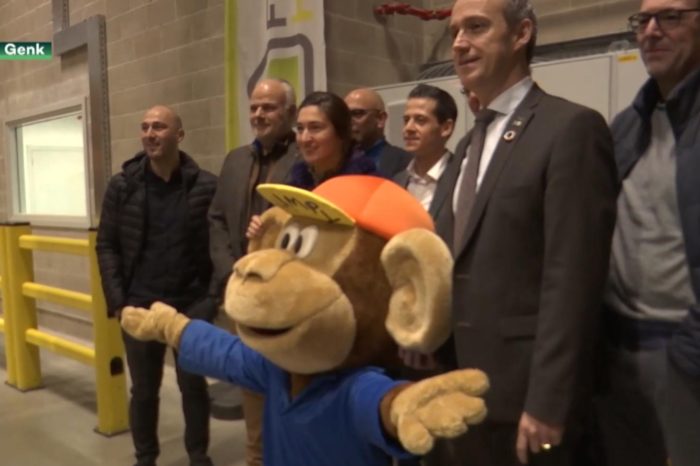 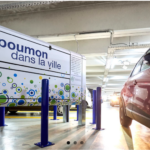