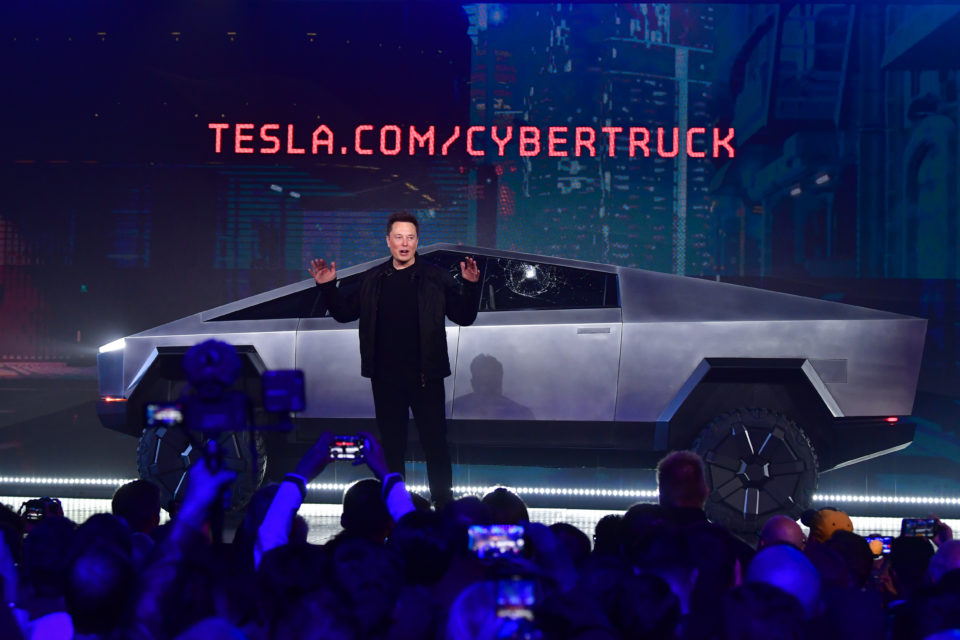 Tesla co-founder and CEO, Elon Musk, speaks in front of all-electric Cybertruck, one of his futuristic ‘weapons’ to make Tesla further skyrocket /AFP

For the first time in the company’s history, Tesla has passed the 100-billion-dollar ceiling at Wall Street, making it worth more than German car giant Volkswagen. If it can keep up this value, this means hitting the (first) jackpot for CEO Elon Musk, rewarding him with 346 million dollars. The admiration of Donald Trump, who calls him ‘one of our geniuses’, he already got.

Tesla shares veered up 7,3% to 587,14 dollars by five p.m. on Wednesday, making the company in total worth 106 billion dollars. That’s more than American carmakers Ford and General Motors together. They both are producing 10 million cars a year on average, Tesla only 500.000.

In fact, Tesla is overtaking the world’s number two, Volkswagen that scores just under 100 billion with 11 million cars a year, and starts the chase for the world’s leader, Toyota. But the latter being estimated at 220 billion dollars, has still a comfortable lead.

It’s Musk’s ambition ‘to go where no man has gone before’ in the history of the automobile and make his company worth 650 billion dollars by 2028. If he can pull this off, this means up to 50 billion dollars in the pocket for him. Combined with his shares of Tesla and other companies, like SpaceX, it would probably make him the richest man on earth at the age of 56, long before retirement.

Earning up to 189 billion dollars

For this, he has to reach all targets set by the board. The 100-billion-dollar value of the company is one of those targets. If the company’s value stays at that level for some time, Musk gets the first part of 1,7 million shares, worth 346 million dollars. In ten years, Musk could earn 20,2 million Tesla shares if he reaches the other 11 targets.

If the Tesla share sells at 3.606 dollars by 2028, Musk options of 38,6 million shares would be worth 139 billion dollars. So, with the 50 added, a total of 189 billion dollars is in reach. And there are Musk’s other companies, with The Boring Company, digging a transport system under Los Angeles and Vegas, among others, and not to mention SpaceX.

‘One of our great geniuses’

Today, Elon Musk still pays himself the minimum wage required by the State of California. But he already earned the admiration of President Donald Trump, who was interviewed by CNBC in Davos (Switzerland) at the G8 summit. He called Musk ‘one of our great geniuses’, although the man is a native South African.

“He is good with rockets,” Trump told the press. “I’ve never seen them land without wings or nothing, but he did it.” In fact, Musk’s SpaceX is the first rocket builder who managed to have a big rocket like the Falcon 9 land exactly on the same platform it was launched from, instead of plunging into the ocean.

“I’m worried about him because we have to cherish geniuses like him,” Trump added, “or Edison who invented the light bulb. Or the one inventing the wheel…” Although the latter was invented probably 3.500 years ago in Mesopotamia, sometime before the US was born. 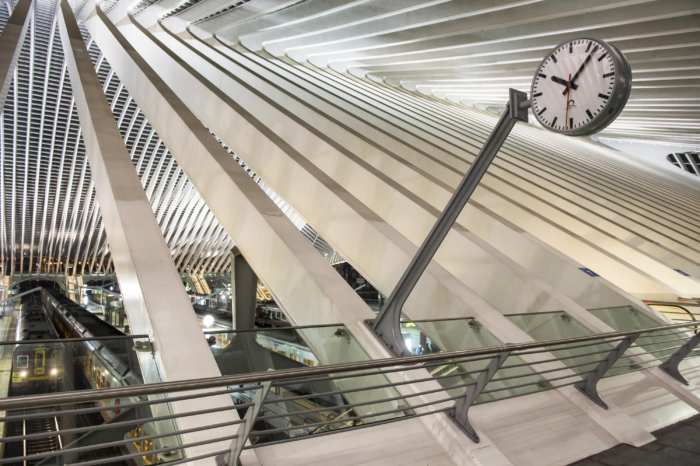 'Barely half of Belgian trains run on time' 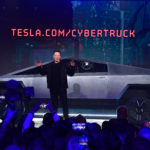