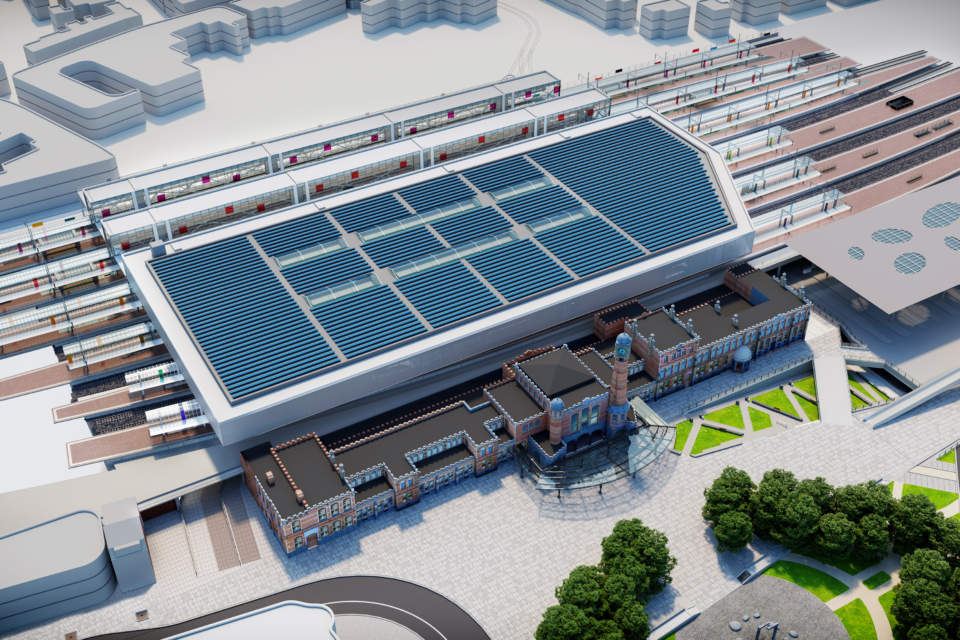 After a year and a half of silence, the Belgian railway NMBS/SNCB gets the renewal of the Ghent St.Pieters station underway again. A new design places one large roof with solar panels above the rest of the old platforms. The station’s indoor bicycle parking facility will also be extended to the largest in Europe, with 17.000 places. The works would take at least another seven years.

After ten years of work, the NMBS/SNCB is getting ready for the second phase of the large-scale renewal of Ghent-Sint-Pieters. The busiest station in Flanders swallows about 55.000 people every working day, but since 2010 it has been a construction site zone.

First, a contractor has to be found who can carry out the works within the budget, which failed last time. If this design succeeds, the NMBS/SNCB wants the building site to get back on track after the summer of 2021. However, the plans have been slimmed down a lot. 600 million euros had been set aside for the entire set, but more than half of that budget had already been used after the renovation of the first four tracks and platforms. So the rest must, therefore, become cheaper.

NMBS/SNCB wanted to drop the roofs above the platforms from the budget, but there was resistance in Ghent. After a year and a half of negotiations, there is a compromise: a cheaper design with one large roof above tracks 1 to 8. “Each platform will be covered and accessible by escalator,” says Dimitri Temmerman of NMBS/SNCB in the newspaper De Standaard. “The design fits nicely with the already renewed tracks. Solar panels will be installed on top.”

NMBS/SNCB emphasizes that the new design is more maintenance-friendly. The glass structure above platforms 9 to 12 is more expensive to keep clean.

Extra space was found by, among others, floor racks, which allow bicycles to be placed above each other. There will also be a system that detects where space is still available. Attention will also be paid to cargo bicycles and other modes of transport. NMBS/SNCB calls it “the largest indoor bicycle parking facility in Europe”, although it concerns two buildings.

Last year, a bicycle park with 12.500 places was opened in Utrecht. “With 17.000 places we are going for the largest covered bicycle parking capacity at a railway station in Europe,” says NMBS/SNCB. 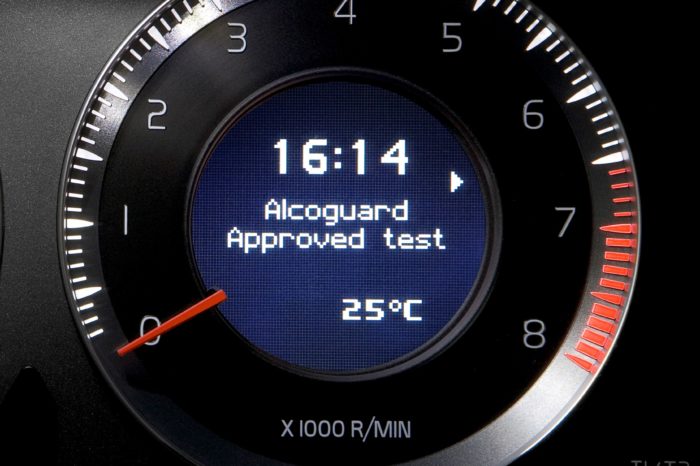 German insurers want EU to impose alcolock in every car 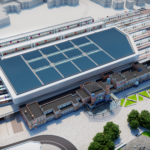