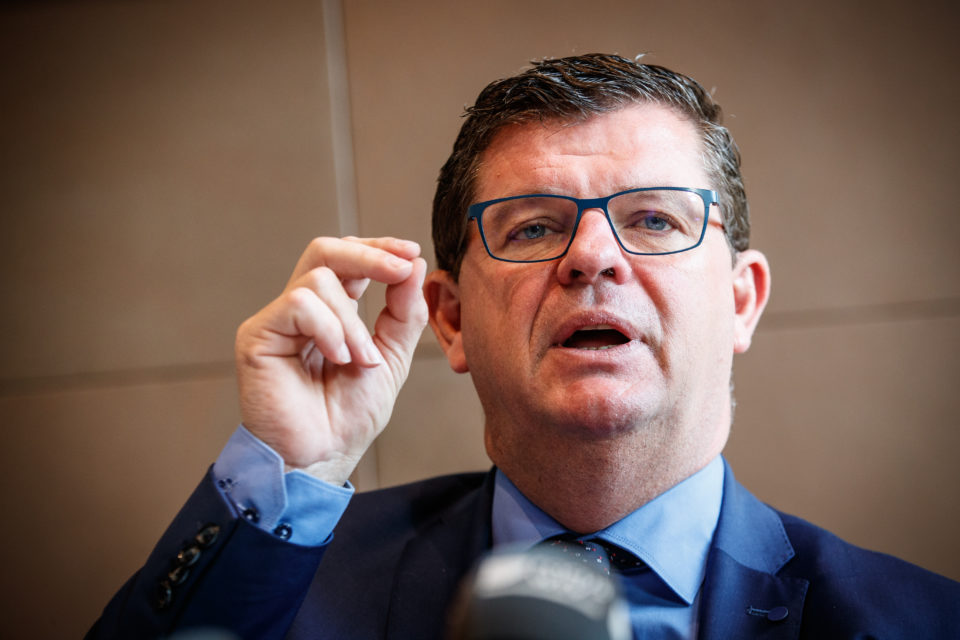 Ostend mayor and former Flemish Minister for Energy, Bart Tommelein (Open VLD), is quite happy with the initiative for a hydrogen plant: “it will compensate two to four times the CO2 emissions of the whole of Ostend” /Belga

The Port of Ostend and two partners, dredger DEME and the Flemisch investment trust PMV are planning a 50 MW ‘green’ hydrogen plant by 2022, to result in a 300 MW installation by 2025. ‘Hyport’ is to convert surplus electricity of offshore wind parks into hydrogen both for energy backup as for transport use.

The Ostend plan, backed up by former Flemish Minister for Energy, Bart Tommelein (Open VLD), and current mayor of the coastal city, is the third initiative announced in Belgium. At full capacity, Hyport will use one billion cubic meters of brackish water, desalinate it, and split it into hydrogen and oxygen using an electrolysis process.

With a pilot factory of 50 MW operational in 2022, the Port of Ostend wants to provide ‘green’ quayside electricity for docking cruise ships to start with, so they can cut off their diesel-powered generator sets while in the harbor to avoid air pollution.

The electricity needed will be provided by windmills that are yet to be built offshore. Today, there are already 400 windmills working with a combined capacity of 2,3 gigawatt, to be expanded to 4 GW in the near future.

In October last year, Belgian retailer group, Colruyt, and gas grid manager, Fluxys, announced plans to build a 12 to 25 MW hydrogen electrolysis plant in the harbor of Zeebrugge or Antwerp.

In that ‘Hydrogen Delta Program’ the North Sea Port, a fusion of the ports of Ghent (Belgium), Vlissingen and Terneuzen (Holland) play a central role. Other remarkable names in the consortium are ArcelorMittal, Dow Benelux B.V., Engie, Fluxys, and Gasunie, among others.

What all of these ambitious projects have in common is that they are still in de planning phase. Feasibility studies have to prove it’s possible in the first place. They also are all looking to Europe to help to finance the plans. And they all are betting on ‘surplus’ electricity of the offshore windmill parks to be used when demand for electricity is low.

How feasible is all this?

The question is whether there will be that much ‘surplus’ energy for all these hydrogen plants in the first place, and whether converting that electricity by electrolysis is a good idea at all. Ronnie Belmans, the senior man of the Flemish research institute Energyville thinks it’s not, as he explained in newspaper De Standaard.

Both the desalination of the water and the electrolysis process cost lots of energy. The latter has an efficiency of only 70% to 80% today, meaning you need more electricity to produce the hydrogen than you will get out of it when you reverse the process later.

In the Middle East

Maybe in this light, one of the better ideas could be to have ‘green hydrogen’ made in areas with an abundance of sunlight, like the Middle East, provided stability in the region is possible somewhere in the future.

The hydrogen could be transported by ship, as is studied by the Ports of Zeebrugge and Antwerp, together with Fluxys, Deme, Exmar, and Engie, and also announced in November.

Engie’s engineering daughter, Tractebel, has developed the technology to build hydrogen plants at offshore locations nearby the windmill parks itself. That, too, looks like a possible line of thinking.

The platform could be built right next to the windmill farms. Such an offshore hydrogen platform could have a capacity of 400 MW. Pipelines or ships could then transport hydrogen flexibly as it is produced.

Holy Grail of hydrogen production
But the ‘Holy Grail’ of hydrogen production could be developed by a Belgian research team at the Leuven University (KU Leuven). In February last year, they showed a solar panel that directly produces hydrogen from the energy of the sun, without the energy-consuming electrolysis process.
The panel (1,6 m2) can turn 15% of the solar energy into hydrogen, and that’s a world record. “It’s a unique combination of physics and chemistry,” team leader professor Johan Martens said at that time.

The latest solar panel of the research team can produce 250 liters of hydrogen every day. With the production of 20 of these panels, an average family can live one year self-sufficient in its energy production (electricity and heating). Add another 20, and you also have enough hydrogen production to drive your car equipped with the fuel cell technology, the researchers say. 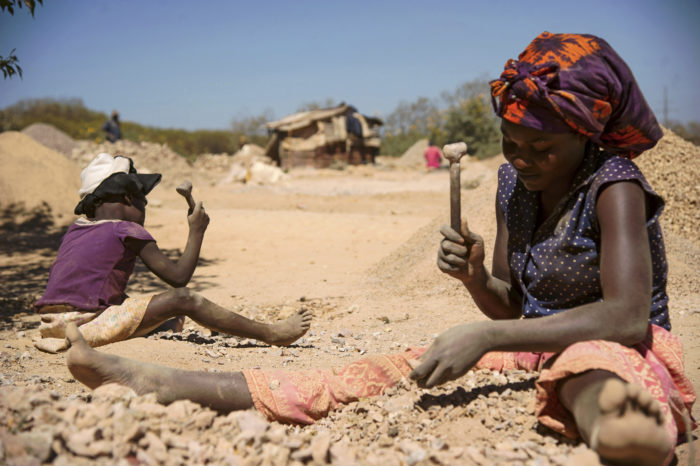 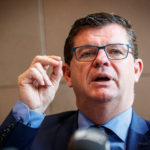