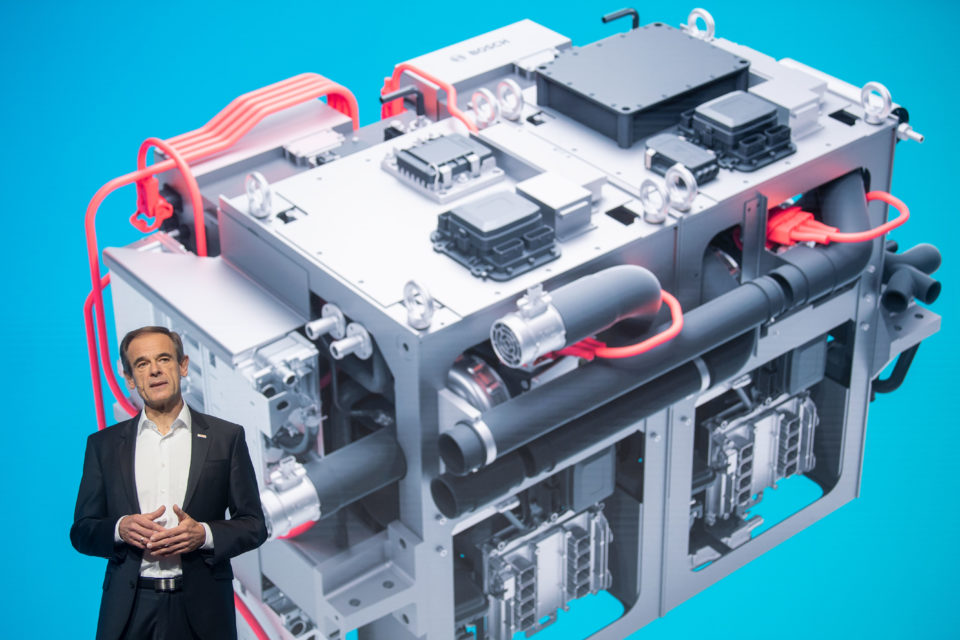 Volkmar Denner, Chairman of the Board of Management of Robert Bosch GmbH is convinced 20% of electric vehicles will be powered by fuel cells on hydrogen by 2030 /dpa

German automotive supplier Bosch has presented in Feuerbach near Stuttgart (Germany) its new fuel cell stacks for trucks and cars, developed with Swedish PowerCell. American electric truck builder Nikola is the first to order it for its H2, along with a ‘non-disclosed’ carmaker.

Fuel cell technology, based on (green) hydrogen, is considered an alternative to diesel for the transport sector, which needs to cover large distances. Bosch estimates by 2030, 13% of the fleet of heavy trucks will be equipped with fuel cells that use hydrogen to produce electricity.

Volkmar Denner, CEO of Bosch, sees a major role for hydrogen for light vehicles and passenger cars too. He estimates 20% of electric vehicles to be running on hydrogen by 2030. Bosch. And Bosch will need this, as Denner foresees five difficult years ahead for the automotive industry. Before 2025 there will be no rise anymore in worldwide car production.

One carmaker already placed an order, according to Denner. “Not for the whole system, but components,” he added without disclosing the name of the interested party. That wouldn’t be Volkswagen for sure, as VW boss Herbert Diess recently declared “the fuel cell not to be an alternative for cars for at least a decade”.

In the case of truckmaker Nicola, in which Bosch was already a partner, they will go for the complete Bosch system. Contrary to a fully electric semi like Tesla is proposing, a hydrogen truck doesn’t need an 8-ton battery to cover a reasonable distance of several hundreds of kilometers. The hydrogen needed for a 700 km range can be filled up in a few minutes, like classic fuels today.

Nikola claimed in April last year to have already about 14 billion dollars of commitments from customers. Among them Anheuser-Bush, the American daughter of the world’s biggest brewer AB InBev, headquartered in Belgium. They are said ti gave placed an order for 800 Nikola trucks last year.

Teaming up with PowerCell

In April last year, Bosch signed an agreement with Swedish PowerCell to gear up production and joint-development of fuel cells for cars and trucks. PowerCell, based in Göteborg (Sweden), is a split-off of the Volvo Group (2008) and was until the deal with Bosch producing fuel cell stacks with some 60 employees for prototype use in trucks and cars.

The deal especially concerned the PowerCell S3 stack with a power range of 30-125 kW, claiming ‘world-leading power density’ and able to withstand all kinds of rough conditions. It’s based on polymer electrolyte full cell (PEM). By combining two or more stacks both companies want to cover the range from passenger cars to heavy trucks.

In November Bosch bought itself a financial stake into the Swedish company and is now the single license holder for ‘land-based’ vehicles. With German Siemens, PowerCell teamed up in summer 2018 already to develop marine systems together. PowerCell maintains the right to commercialize the S3 stack for stationary and marine systems.

Bosch will now gear-up production of the fuel cell stacks and bets on lowering the price of the hydrogen system by scaling-up, a price that today is still three times higher than that of a conventional diesel engine.

The world’s biggest automotive supplier is well-suited to force a breakthrough in the mass production of fuel cell systems. It has development and production sites worldwide, employing roughly 410.000 ‘associates’ worldwide (December 2018) as it claims on its website, of which 69.500 in research and development.

With this move, Bosch is clearly betting on hydrogen, rather than batteries. In March 2018, Bosch decided not to invest in the production of battery cells for electric cars. It would need to invest more than 20 billion euro in R&D on battery technology to gain a 20% market share and that’s considered too much to be economically possible. 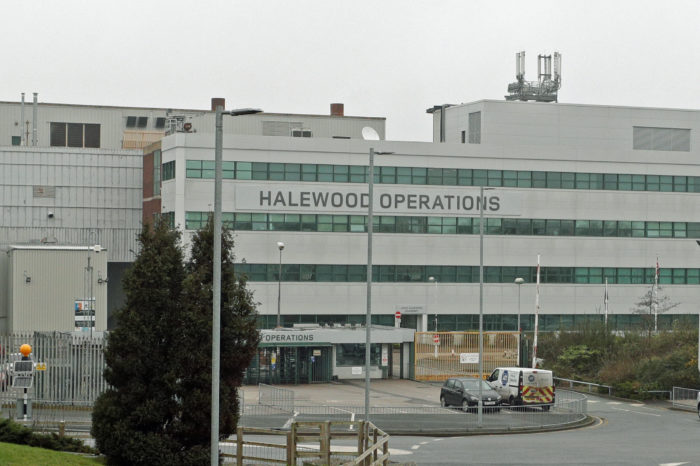 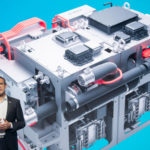