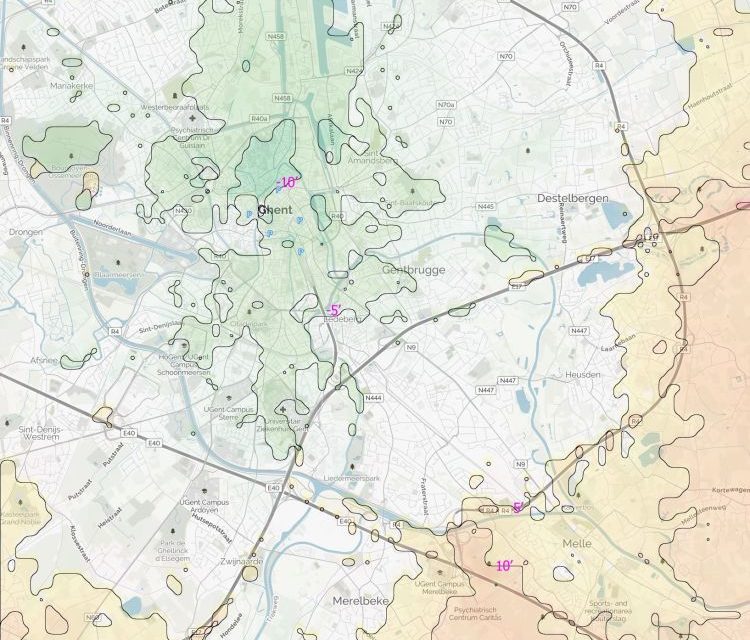 The Ghent blogger and cycling enthusiast Dries Robberechts has created a map of Ghent that shows the travel time between various locations. The maps, taken from Google maps, allows the user to calculate what his time savings will be if he travels the route by bicycle instead of by car.

With this project, Robbrechts follows the example of Baptistine, a Brussels blogger and bicycle courier who designed such a map for the Belgian capital.

Robberechts, who is a professional product developer in the food industry, but in his spare time considers himself a hacker, hobby inventor, engineer, and tinkerer, came to the idea while queuing in his car on the R4, the circumferential highway around Ghent.

“If I take my e-bike, I’ll be at my destination much faster,” he thought. So he decided to create a visualization that showed him exactly where in Ghent he would be faster with his bike instead of his car: the bike profit map.

Robberechts works with color zones for his map. For example, to know how much you can gain by cycling to the center of Ghent, you have to look on the map at the color of the zone in which your starting point is located and the surrounding iso lines marked with the travel time differences. In the green zones, you have bike profits. In the yellow to red zones, the car wins.

When the bike gain is between -5 and +5 minutes, the zone on the map is not colored because the bike and car travel about the same time over the distance. For each point on the map, the travel times to the Korenmarkt (city center) are requested, and this for both a cyclist and a motorist. Next, the travel time by car is subtracted from the travel time by bike, and in this way, you get the visualized ‘bike gain’ in a heat map.

The data from Google maps include average traffic delays, calculated over the whole day. During rush hours you will probably lose even more time by car.

For the calculation, it was assumed that an e-bike is 15% faster than a classic bike, which, according to Robberechts, is rather conservative.

Dries Robberechts also creates personalized maps for those who want a special final destination or starting point. More info about his blog (mainly in Dutch) and mapping system can be found on his site. 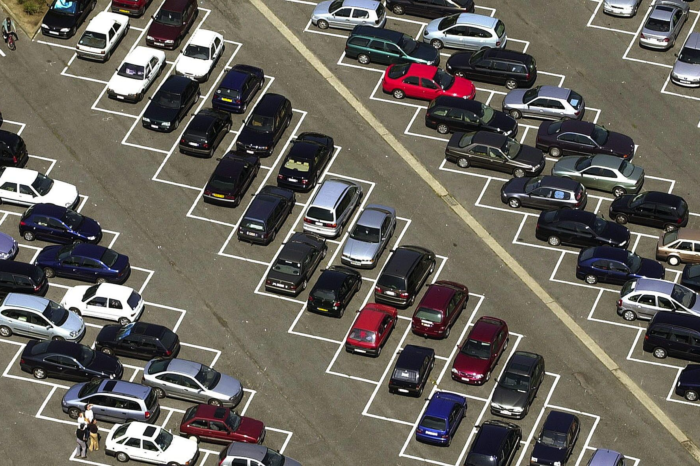 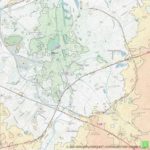