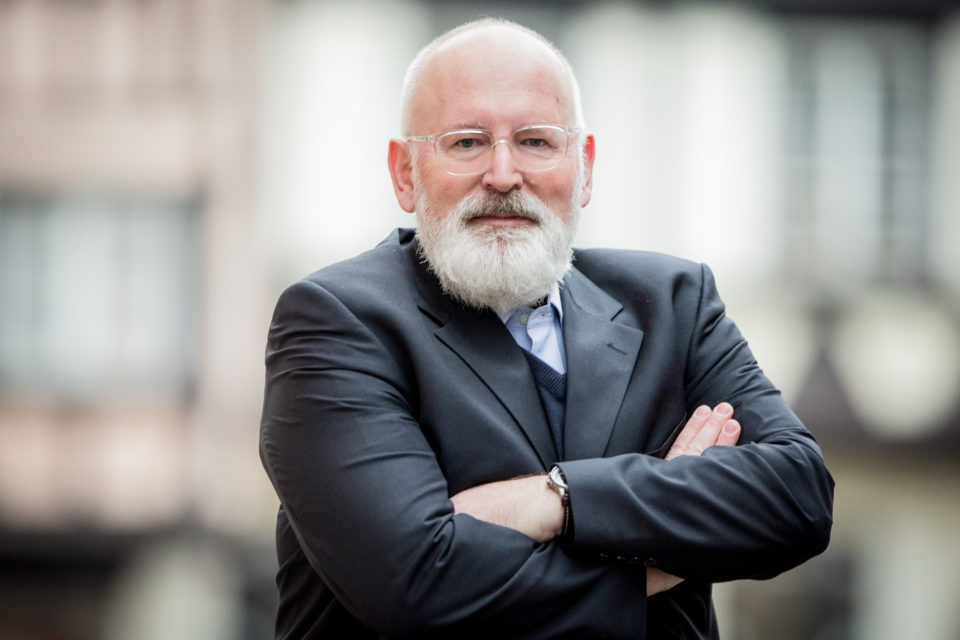 For Timmermans, the Green Deal combines three major challenges in Europe: the climate crisis, the industrial revolution, and the demographic challenges /European Union, 2020

Flemish newspaper De Morgen interviewed Frans Timmermans, ‘Mister climate’ of the European Commission, about the European Green Deal. Timmermans does not see the Green Deal as a fixed plan, but rather as a guideline with the ultimate goal of climate neutrality by 2050.

For Timmermans, the Green Deal combines three major challenges in Europe: the climate crisis, the industrial revolution, and the demographic challenges. At the end of February, the European Commission will present a climate law that should teach everyone discipline with a view to 2050. If the parliament and the member states adopt this law, the Commission will have enforceable targets for the trajectory to 2050.

However, some countries do not seem to agree, such as Poland, which abstained in a vote in the European Council. Timmermans: “Poland gave its blessing to the end goal. This is how I interpret the decisions of the European Council. Only it took until June to commit itself to that goal. I understand that Poland needs 4% of its gross domestic product for that transformation. I feel we can achieve a positive result in June.”

However, the breakthrough will take some time. “We shouldn’t be naive. The problem lies with the multi-annual European budget for the period 2021-2027. As long as the member states don’t know how much they will get in the next seven years, there will be no clarity from Poland,” says Timmermans.

“We need 260 billion euros of investment annually for the Green Deal. But this is the first time we say: we have to realize this Green Deal, even if we don’t have enough resources. We used to look at the budget first to see how much we could do. That’s an important difference.”

Belgium and the Netherlands

The Netherlands, Timmermans’ homeland, demands a small European budget of no more than 1% of the European GDP. Timmermans is critical. “I hope the Netherlands has an idea of where it wants to land and also thinks of its interests, such as a shift toward an innovative policy. It is dangerous if the member states only look at the income side and the contributions they pay to the European budget. And believe me, I use every opportunity to give my advice, including unsolicited advice.”

Timmermans did not yet look at the Belgian national energy and climate plan in detail. He does remember his meeting in Madrid with Flemish Minister of the Environment Zuhal Demir. “I reported that we were talking about reducing emissions by 50 to 55 percent by 2030. She then told me that Flanders is aiming for, what is it again, 32,5 percent? Which I told her is not the European target.”

According to Timmermans, natural gas and nuclear energy are necessary to meet the climate targets by 2050. However, he sees nuclear power plants only as a temporary interim solution.

“It may be much wiser to invest in the end goal than in an interim solution. That’s why I say: first, make the bill and only then make your choice. Building new nuclear reactors is extremely expensive. But the member states have to look carefully at those costs. Then other solutions may be more advantageous. Moreover, nuclear energy is not sustainable. But nuclear energy does have a positive effect on greenhouse gas emissions.”

According to Timmermans, the whole of Europe must focus on renewable energy: “We want to be as pragmatic as possible at the European Commission, but the focus is: how do we become sustainable? Gas isn’t; coal isn’t.”

According to Timmermans, the choice for renewable energy will also come naturally: “Even in France, I can see the mood changing. The nuclear park there is outdated. So far-reaching investment decisions are needed. The income from green energy is on the rise. There is a business case for green energy.” According to Timmermans, the rising price of CO2 will also undermine the profitability of coal-fired power stations.

Timmermans, who co-heads the Global Government of Mayors, wants to bring European cities together to exchange ideas. “In cities, the problems are the most acute. Just think of pollution, the heat in southern Europe, or the weather catastrophes. Cities also create solutions, because they are a hotchpotch of people from different regions and cultures. You can find solutions for greening transport or insulating houses.”

Timmermans is also in favor of working together to make investments cheaper. A group purchase for green buses, for example. “Now, cities do that separately for 100 or 200 buses. With a group purchase, you can do that for 5.000 buses in one go. That can make a big difference, also for the European industry.” Another idea is joint loans for insulating houses or installing solar panels.

Timmermans wants to tighten the target for 2030 by the end of September. “The pressure is great to reduce emissions to 50 or 55 percent by 2030 instead of 40 percent. But I am waiting for an impact study. I got my plastic strategy through in eleven months because the figures weren’t up for discussion.”

Timmermans is also waiting for an impact analysis next year for an adaptation of the emission standards of cars. But the car industry already finds the standards too ambitious and fears job losses. “An industrial revolution leads to shifts. Think of the transition from horse to steam, or from steam to internal combustion engines. The challenge is: where are the jobs needed for that change, and are they accessible to those who are doing a different job now? Experience shows that this can go terribly wrong,” says Timmermans

“People need dignified other jobs. I’ve already raised that with Google, Microsoft, and Apple. We need to use new digital technology to continuously educate people. But we also need to use it to make new jobs less complex.”

Europe is behind in the battery race with Asia. Timmermans had a conversation about this with CEOs from the automotive industry. According to him, they are willing to join the battery European alliance. But Timmermans wants to go further. “Can we catch up with the Asians? Yes, we can. But we can also innovate: use less precious metals and less scarce materials and achieve better use and recycling of batteries.”

According to Timmermans, hydrogen is also part of the solution to the energy problem, if sufficient investments are made. “In aviation, you can’t do without any form of fuel, such as hydrogen or a synthetic variant. The technology is there, but we have to move to a broader scale and market. Europe can become a world leader with a hydrogen-based economy.”

Timmermans wants to divert 75 percent of the transport from road to rail and water. According to him, that will also be necessary if we switch to emission-free trucks. “The energy supply alone is a huge challenge. Trucks are now refueled every week. This will have to be done with electric trucks every four hours. Look at the infrastructure you need for that.”

According to Timmermans, the industry is following the story of modular transport and freeing up the roads. “Everyone is intimidated by the magnitude of the challenge, but at the same time understands that this change is necessary. They don’t discourage that step.” Still, a lot has to change before the train is a worthy transport alternative. “There have been long underinvestments in the railways. Now Germany has announced 85 billion euros of investment in the railways. That’s a big change.”

Legislation could also be improved. “We want to make sure the products arrive just-in-time. Trucks are the surest means of transport for that today. Trains are often delayed, they come to a standstill at the border. The locomotive is replaced, or the conductor does not have a certificate in another country. This has nothing to do with investments, but with legislation. The European Commission is going to do something about that immediately.”

According to Timmermans, there is a need for a Eurovignette to focus more on the potential of water and rail. Yet, that Eurovignette has been a topic of discussion for 20 years. “That’s right, but it’s the first time I’ve heard the automotive industry ask about it myself. That’s interesting. If the idea behind the whole transformation is that you put a price on carbon, then you can’t help but put a price on transport that runs on carbon, right? Individual countries already do that. But shouldn’t we think of a European system? But is that for tomorrow? I don’t know if I can answer that question.”

A CO2 tax at the European borders is also an option for Timmermans. “Every measure has effects. For some sectors, they are positive; for others, they are negative. The best illustration is that some sectors already want this border tax, and others do not. The bottom line is: if the market does not create a level playing field itself, we have to do it at the border. Industry tells us it’s not that difficult to calculate a product’s carbon footprint.”

The United States has stepped out of the Paris climate agreement. Timmermans acknowledges that a climate import tax can cause problems, but he also sees progress. “American citizens and cities are on our side. American companies know it’s heading in that direction. I also noticed in Davos that on his return, President Donald Trump took a different tone from his earlier climate pessimism. He realizes that Americans are concerned about climate change,” concludes Timmermans. 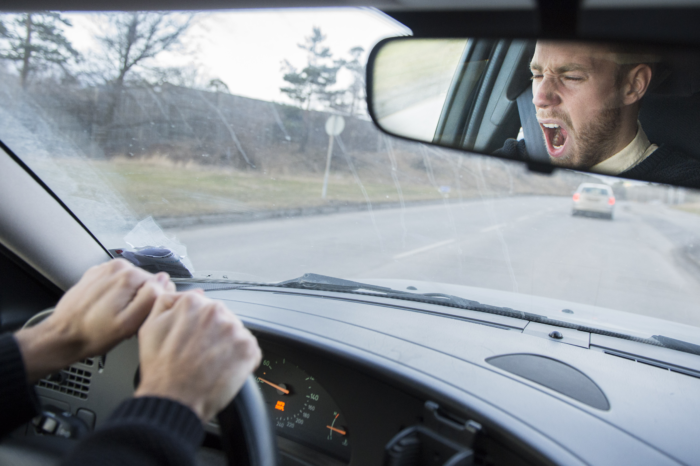 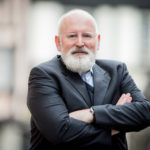