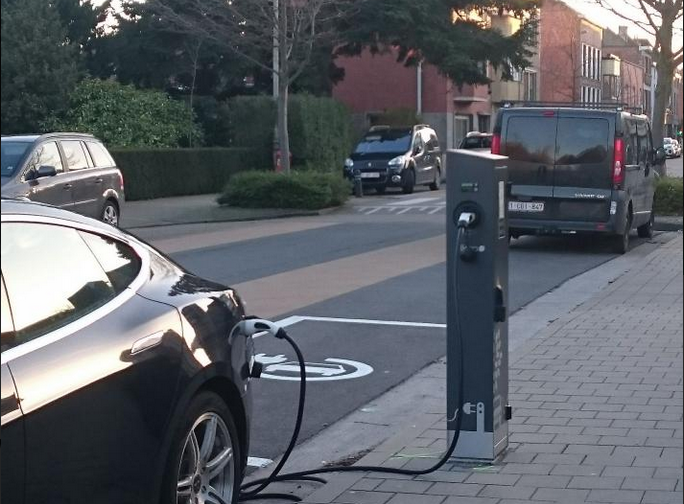 Ghent will have about 162 public charging points in the streets by the end of this year, but even that number is insufficient to meet the original goal of 20.000 shared e-cars by 2020 /stad Gent

In 2015, Ghent Alderman for Mobility, Filip Watteeuw (Groen) launched the ambitious plan to have 20.000 shared cars by 2020. Today, five years later, his project apparently was too ambitious. In the meantime, there are more than enough cars, but the infrastructure is lagging.

In Ghent, the number of drivers willing to share their car has tripled in seven years: from 3.500 to 12.600. It’s a significant increase, but still nothing compared to the ambitious goal to have 20.000 of them by 2020. “We won’t meet this target,” says Geert Gesquière of Cambio, the largest car-sharing platform in the city. “Maybe we set the bar too high.”

Last year, the popularity of car-sharing didn’t grow as much as expected. Not even in Ghent. The circulation plan, the new low-emission zone, and the slow reorganization of mobility in the city slowed down car-sharing. Administration and infrastructure are lagging.

Today, one out of seven shared cars in Ghent is electric, but those cars need public charging points because most car sharers don’t have a garage. “We could easily add 50 additional e-cars in Ghent,” says Chris De Guytenaer of e-car-sharing platform Battmobiel, “the only obstruction, however, is the lack of charging points.”

Ghent will have about 162 public charging stations in the streets by the end of this year, but, according to autodelen.net, “even that number is insufficient to meet the original goal”.

The shortage of charging stations is a problem in the whole of Flanders. As a comparison: Flemish authorities and net manager Fluvius want to have 5.000 public charging points installed by the end of 2020. Today, a city like Amsterdam alone already has 4.900 of them. “Society is ready to give up the ownership of a car, but infrastructure has to follow,” De Guytenaer concludes. 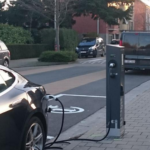