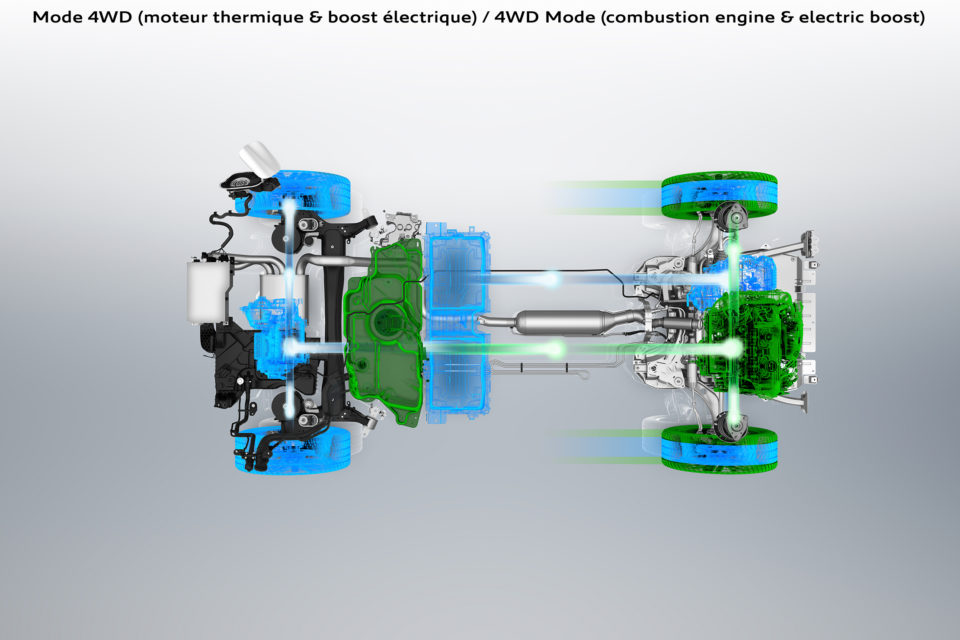 The Peugeot 3008 Hybrid4 has 2 electric motors and a combustion engine. It has 4WD capacities and drives well. Due to its sophistication, it’s also one of the most expensive Peugeot models /Peugeot

French car manufacturer Peugeot, part of the PSA Group, has no fear about the stringent EU average CO2 rules. At a driving presentation of all their electrified models, they confirmed to be ‘right on track’ to meet the European standards.

The brand strategy of Peugeot is focused on three elements: serenity, pleasure, and simplicity. Peugeot feels serene in the deployment of its new, partly electrified range, it continues to stress driving pleasure, and it wants the client to have a simple but adequate choice.

In its electrification strategy, the PSA Group has concluded a deal with IBM about big data and artificial intelligence (AI). The group wants to know as exactly as possible how compatible the average client already is with electrification.

According to these results, it esteems that the B and B-SUV segments, together with the commercial vehicles, are most prone to be fully electric. The C-segment is the most difficult; one could hesitate between BEV (battery electric vehicle) and PHEV (plug-in hybrid electric vehicle).

For the C-SUV and D-segment, the choice seems to be obvious again: PHEV. So, Peugeot has developed its electrified range accordingly: e-208 and e-2008 are BEVs, 3008 Hybrid, and 508 Hybrid are PHEVs. All in all, Peugeot already has eight electrified models in its showroom, two of them being commercial vehicles.

We were able to drive practically the whole electrified range. Driving the e-208, we already described a while ago. Its bigger brother, the compact SUV e-2008, drives along parallel ways. It’s all very smooth; the driving range is still more than 300 km when you drive carefully, the interior space is far more impressive than in the smaller e-208.

The 3008 SUV is available in two hybrid versions, a 225 hp front-wheel-drive version and a 300 hp four-wheel-drive version. We drove the latter one and were impressed. In electric mode, it drives very smoothly; when you want full power, it is amazingly swift.

Having two electric motors, one in front and one in the rear, its offroad capacities are also real. Power and pulling capacity are no problem; the limits off-road are set by the ground clearance and the type of tires. Of course, with a price tag of 50.000 euros and more, the car is not cheap.

Finally, we were happily surprised by the 508 Hybrid, available as a sedan or a station wagon. The car drives very smoothly and can best be enjoyed in the comfort drive modus. Nevertheless, it can be quick of the mark and driven sportily, but then the consumption advantage shrinks away.

Peugeot is according great importance to the potential ‘electric’ client. It is convinced he has to be ‘educated’. On average, the full-electric cars are still 10.000 euros more expensive (in purchase) than comparable ICE cars, for PHEVs, this difference lies between 5.000 and 7.000 euros.

That’s why Peugeot is stressing the total cost of ownership (TCO) instead of the purchasing price. It already has several examples of its PHEV or BEV vehicles in lease being as expensive or even cheaper than comparable ICE models.

To persuade the ‘new ‘ clients, the manufacturer is also pointing at its mobility services. It even offers possibilities to swop the electric car for a larger, thermic one just to go on holiday or for a longer business trip. Convincing the new customer is key.

And learn him how to drive an electrified vehicle and how to enjoy it most. It works. The conversion rate for the e-208 at the moment is  27% of the total sales (which are up 30% compared to the precedent model). That’s more than expected.

At Peugeot, they hope that it will be 10 to 15% e-208 sales in the longer range. Then they will pass the ‘EU CO2-test’ fingers in the nose. Not every car manufacturer can say this. 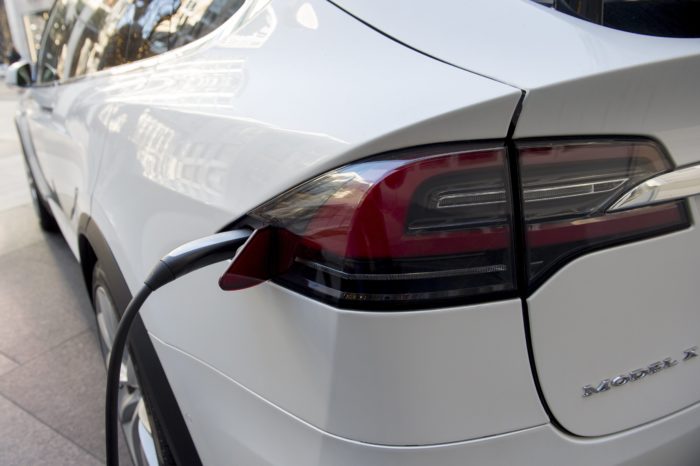 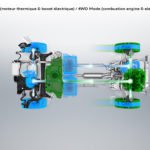