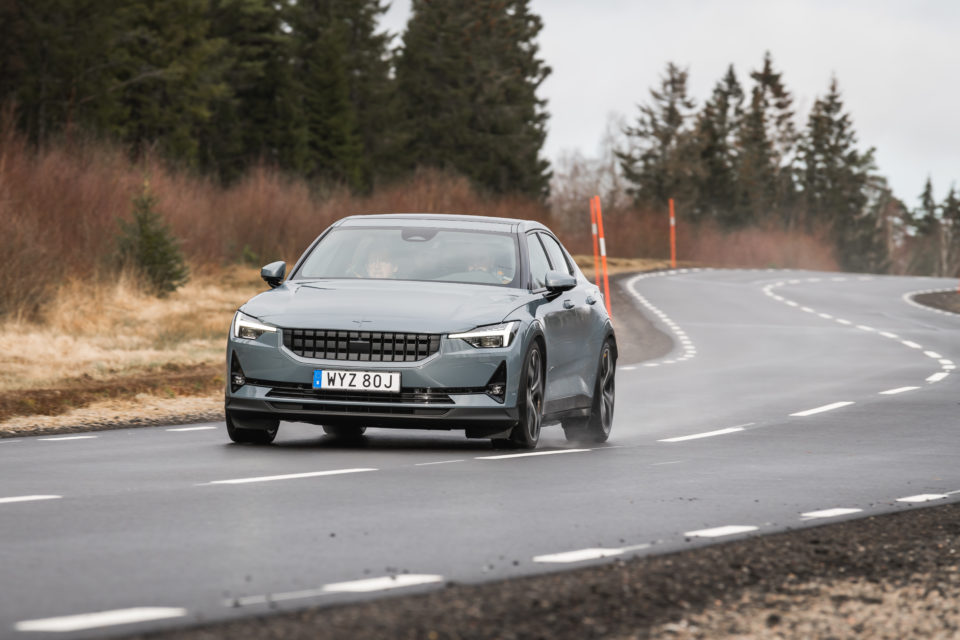 Volvo/Geely’s electric brand, Polestar, is really coming on the market now. Apparently, the interest of the visitors at the Brussels Motor Show, its first public appearance as a car to be bought, was higher than expected. From Friday on, orders are happily awaited.

We were invited to Volvo’s confined testing site near Gothenburg to make a first acquaintance, and drive it on some of the more challenging roads of the test center. The cars we drove were still pre-series, so no worries about flashing warning lights or little squeaks here and there, the most important being the first driving impressions.

Second in the family

Polestar is the premium electric brand created a few years ago as an offshoot of the Volvo brand, but following an entirely different path on the market. To make it even more complicated, Polestar is also the name for the most sporty executions of specific Volvo models, but there the resemblance stops.

Polestar’s first car, named simply 1, was not entirely electric. The limited series coupé, costing more than 150.000 euros, is already outsold and was, in fact, a very powerful and quite brutally looking sports car with 600 hp and 1.000 Nm on tap. Apparently, as an eyecatcher for the unknown brand, it did a damn good job.

But the real first Polestar, being fullly electric and a lot more affordable, is number 2, now being ready to put on the market. It has inherited some of the sturdy appearances of its far more expensive brother, harboring a cross-over look that conceals a 5-door sedan of medium size.

Despite being somewhat smaller, Polestar 2 is far more practical than the coupé. It has two AC synchronous electric motors of 150 kW each, one in front, one in the rear, each driving the adjacent pair of wheels, making the car four-wheel-driven. The total torque output is 660 Nm.

But an almost dragster-like performance is not the main issue with powerful electric cars, nearly all of them can achieve it. The more important thing is how the car drives and behaves on all kinds of roads.

That’s where the testing center comes in. First, we went out on the handling track, on a damp road surface with an outside temp of 4 degrees Celsius (in the morning it had snowed, but the snow disappeared quickly).

Nevertheless, the car was on Continental SportContact 6 summer tires, but still showed lots of grip and balance as we chased it through the long curves. Even at some nasty dips, wrong-angled turns or tighter bends the car didn’t lose its poise, on the contrary, the faster you drove, the more assured it felt.

On the high-speed track, one of Polestar’s head test drivers demonstrated the stability of the car at high speeds, reacting alertly but not brutally to steering inputs, while the wheels seemed to be glued to the tarmac, despite the slippery road conditions.

On the comfort track, finally, we were confronted with some of the worst roads in Europe (rebuilt meticulously for testing purposes). Still, the car wasn’t perturbated at all, delivering a good comfort despite the Performance Pack it was equipped with.

With a price just under the €60 000 barrier, the Polestar 2 can be considered a severe contender to cars like the Tesla Model 3 but also the (much more expensive) Jaguar I-Pace. The latter has undoubtedly been a benchmark for the chassis engineers of Polestar; their driving experiences tend to resemble each other very much.

The price is even more interesting if you take into account that the Polestar 2 is well equipped, featuring a complete Android-driven infotainment system as a world first on a series car. There is only one (big) option, the so-called Performance Pack, at €6 000. It consists of larger 20″ wheels, Brembo brakes, and special, manually adjustable Öhlins dampers.

Probably there will be coming less luxurious and powerful, substantially cheaper versions of the Polestar 2 in the following years, just like you have the choice of different Tesla Model 3 versions.

Belgium is the third country where the Polestar 2 is launched. There will be no classic retail concept, the cars can be ordered online but also in four concept stores, called ‘Spaces’ in Polestar-speak, to be implanted in Brussels (the first), Antwerp, Ghent, and Liège.

Maintenance is done in selected Volvo dealerships, but the Polestar owner never has to go there because the car is retrieved and returned at the client’s home for maintenance purposes or repairs.

Polestar 2 is coming onto the market now, first deliveries in June, a second production model, Polestar 3, has been announced. This will be an SUV, probably sharing the same technical underpinnings.

When you look at the sole powertrain and chassis, the Polestar 2 is also identical to the Volvo XC 40 Recharge, the first fully electric Volvo arriving on the market at the end of the year. The complete chassis tuning, on the contrary, is different. 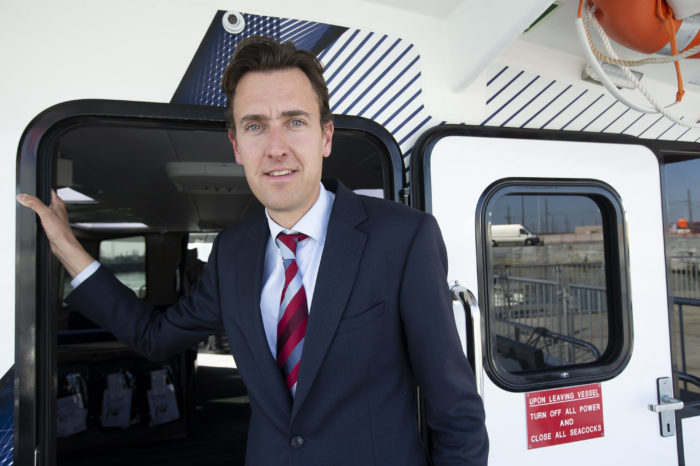 CMB: 'Hydrogen is fuel of the future' 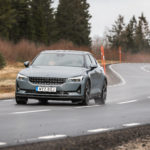