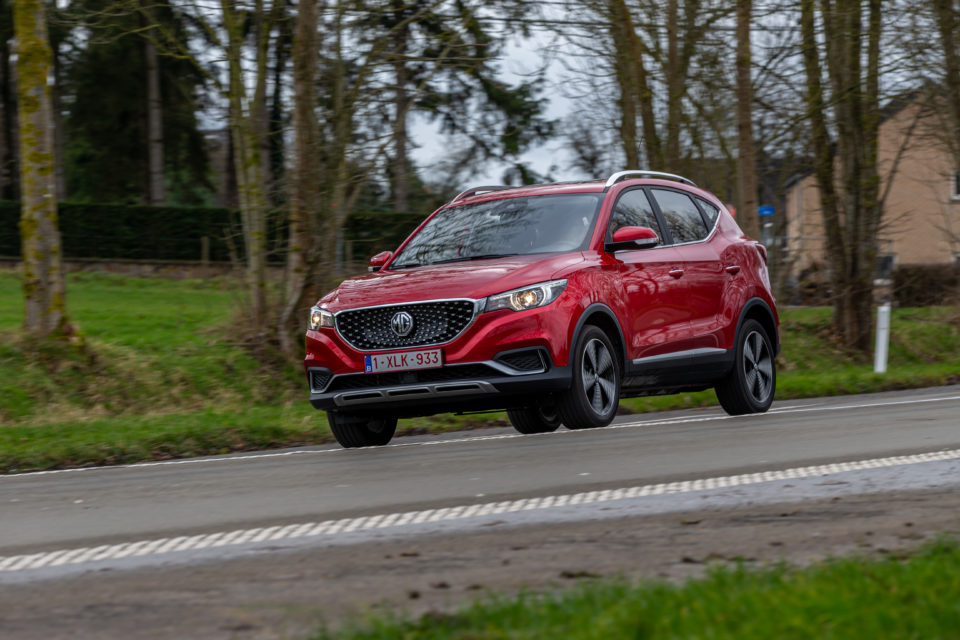 With a price tag of less than 31 000 euros, this electric MG is not only larger, but also cheaper than European competitors such as the Renault Zoe, the Peugeot e208, or the Opel Corsa e /MG

Today, MG launches an electric SUV model in the B-segment on the Belgian market. Apart from the British name tag, it is the first fully Chinese EV-SUV available here. We drove it, and it is something to reckon with. With a base price of just under 31 000 euros, this MG ZS EV offers a significantly larger and well-equipped electric car compared to its European competitors.

The new MG ZS EV will be introduced on the Belgian market and distributed by the Alcomotive Group, which already has brands such as Hyundai, Suzuki, SsangYong, and Isuzu in its portfolio.

Since the end of 2019, this importer also distributes the Chinese electric vans of the brand Maxus. Just like MG, Maxus is part of the Chinese group SAIC, which simplified the cooperation.

SAIC has a large European hub in the Netherlands from where its European activities are managed. Moreover, it is not impossible that Alcomotive will in the future also see the MG import activities in other European countries.

Introducing a Chinese car to the demanding European market is no mean feat. Especially not because of previous attempts by Chinese manufacturers – think of Landwind or Brilliance – failed.

Plenty of space at a competitive price

This MG was not developed as an EV, because it is also offered with gasoline engines in other markets. Nevertheless, the electrical technology has been neatly integrated, because the battery is centrally located at the bottom.

The boot has a capacity of 470 liters and there is plenty of legroom at the rear as well. This MG is clearly bigger than a Renault Zoe or a Peugeot 208, both more expensive. Although it is positioned in the B-segment, in terms of interior dimensions it is more in line with a C-segment product.

The interior is also neatly finished, and some details even look like elements we find in VW products. We are not only talking about the hard plastics, but also about the interior lighting, the buttons on the steering wheel, and the operation of the ventilation grills.

Under the hood is an electric motor of 143 hp and 353 Nm, which delivers nice acceleration and performance. The 44,5 kWh battery offers a driving range of 263 km, according to the WLTP measurement method.

This autonomy is achievable with a smooth driving style; in practice, you will have to take into account about 225 km, depending on the weather and the use of the heater. This compact SUV has the usual EV features, like an adjustable regeneration to recover power when slowing down.

In the highest position, you can almost drive in ‘one-pedal mode’. The driving characteristics are decent, and in the interior, it remains fairly quiet. A downside is the damping, which is not sufficiently adapted to the heavier weight (1 600 kg) of the car.

This is especially noticeable on a damaged road surface because the damping becomes less comfortable. A more dynamic driving style doesn’t match the MG because of the rather slack suspension, which makes the bodywork lean over easily and even ‘pump’ when changing loads.

Behind the flap on the nose is a charging connection for a conventional or a quick charger. Fast charging (DC) can be up to 50 kWh, and via the AC connection, you can charge up to 7 kWh in one phase. A faster 3-phase inverter allowing faster home charging is not provided.

There is also no possibility to preheat the car via a timer (or an app) when it is connected to the charger to increase the autonomy. In short, this MG does not have the refinement and features of its European competitors (yet…), but it does offer ‘more car’ at a significantly lower price.

Thanks to the European hub in the Netherlands and the SAIC group’s strategic battery contracts, MG has sufficient battery stocks – unlike PSA, VW Group, and Mercedes – to ensure customers get their EVs delivered quickly.

MG is a British manufacturer (Morris Garage) that was founded almost a century ago. The manufacturer is best known for democratizing open British sports cars (roadsters) with models like the MG A and MG B that were very popular not only on the Old Continent but also in the United States.

The last roadster was the MG F. In 1994, BMW took over the group Rover, but after five years, Munich would divest the group again and keep only Mini. After the turn of the century, Rover and MG came in bad shape and the curtain fell for MG.

Only in 2006 the Chinese group Nanjing Automobile Group would take over MG and already a year later that group was swallowed by SAIC. This is a large Chinese car giant that has grown to become the world’s 7th largest car group.

Today, MG launches the electric ZS EV on the Belgian market. In the Netherlands, it is marketed by Van Mossel Group. An even larger electric SUV model will follow in September 2020, and in 2021, there will also be an electric coupé that connects with MG’s sporty roots. 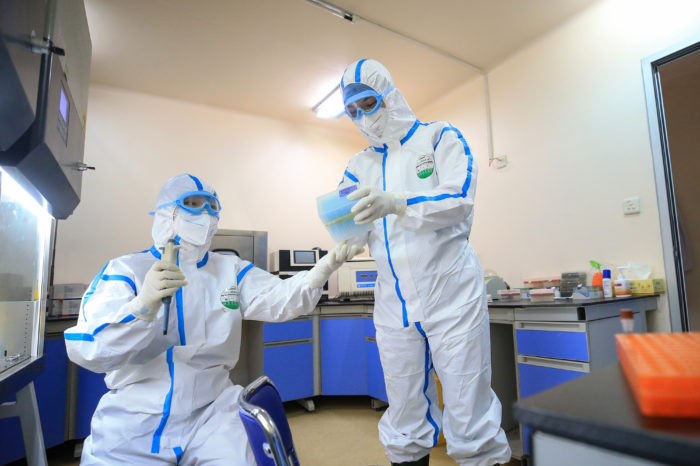 Coronavirus: 'CO2 emissions in China down with one quarter' 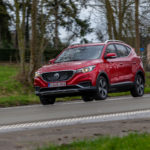