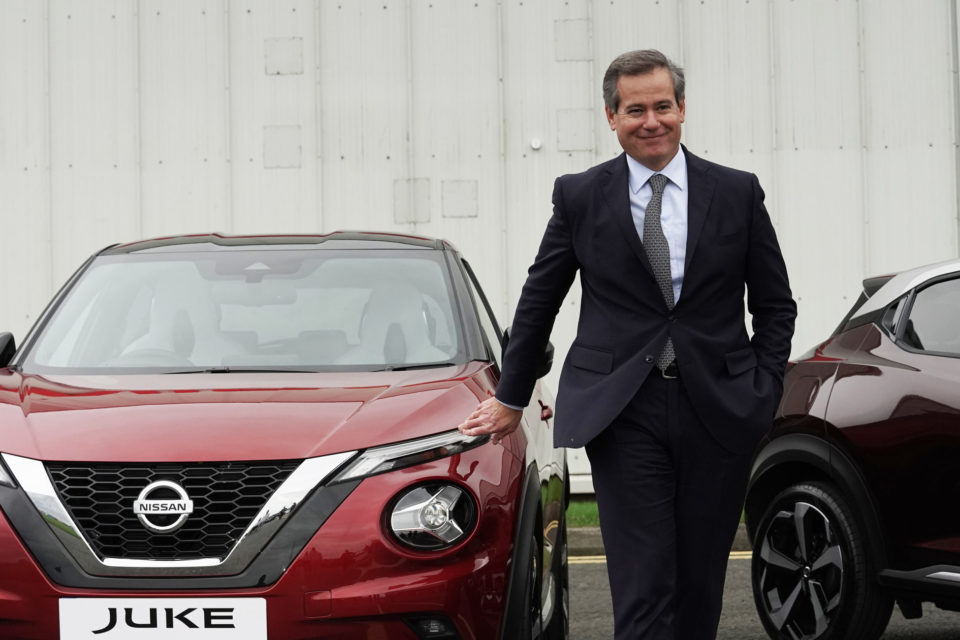 Chairman of Nissan Europe, Gianluca de Ficchy, here in front of the Sunderland factory, has announced that Nissan could eventually withdraw from Europe in case of a no-deal Brexit /Pressassociation

The president of Nissan Europe, Gianluca de Ficchy, has evoked the possibility that Nissan could leave Europe because of a no-deal Brexit. A key player in this story is Nissan’s Sunderland plant in north-western England.

“If Great Britain is not capable of closing a free trade agreement with the EU after Brexit, there will be an automatic 10% charge on cars and parts,” says de Ficchy. “This would cause such a competitive disadvantage that it would not only endanger the Sunderland factory, but also the entire European strategy of Nissan. We wouldn’t be able to sell enough cars to survive.”

It’s not the first time Nissan is warning for the consequences of a no-deal Brexit. But this time, the European boss is very clear. He augments the pressure on the negotiators because the Sunderland factory is so important in Nissan’s industrial strategy.

On-site are produced three best-sellers of the brand, the Qashqai, the recently renewed Juke, and the full-electric Leaf. 75% of the entire production is exported toward the EU.

Nissan’s warning is not without obligation. Since the fall of its charismatic but also autocratic boss, Carlos Ghosn, Nissan is confronted with a lot of difficulties. In the EU, sales have diminished by 20% in 2019 and fell to 390 000 units. “We will have another decrease in sales in 2020,” de Ficchy has added.

In Europe, Nissan has five factories and five design and research centers. Worldwide it has taken drastic economic measures, but also in Europe, it has reduced the workforce by 1 300 people in the last 12 months. It has also closed its Rolle headquarters in Switzerland. Everything has moved to the second HQ in Montigny-le-Bretonneux (west of Paris, France).

Not only a no-deal Brexit would be a big threat. Just now the coronavirus is popping up. For the moment, the production flow is not affected yet, but this could change.

At the beginning of the month, the newspaper the Financial Times announced that Nissan was working on a recentering plan for its activities. Given the importance of Sunderland, it would be the other European plants that would suffer.

According to the newspaper, Nissan would think of closing the Barcelona factory (producing electric commercial vehicles and pickups, also for Renault and Daimler). It would also stop the production of the Nissan Micra in the Renault factory of Flins (France).

The latter has been denied by de Ficchy, but he admits that there are discussions with the unions in Barcelona (where the dismissal of 600 people has already been decided) on new drastic measures. Last week, Daimler announced that it won’t continue to sell its version of the Nissan Navara pickup, the Mercedes X-Class.

De Ficchy has also admitted being thinking of alternative scenarios. Nissan vehicles could be built in France, in Renault factories for example, as they are more and more using the same underpinnings.

“But this would be a very costly affair and would take years to realize,” underlines the European boss. “That’s why I’m sticking to my first working hypothesis, keeping Sunderland open and continuing to sell in Europe.”

It’s clear that a no-deal Brexit would put Nissan in great difficulties. The reason why it’s still very attached to its Sunderland factory is clear. Sunderland is Nissan’s biggest factory, it makes the most important models and the company has invested a lot in it.

It’s also very clear that within the managing ranks of Nissan, the Anglo-Saxon influence is still very present. There is a possibility that this will clash with Alliance partner Renault if the emphasis will be put too much on the UK, still a very important European market for Nissan.

It would put additional pressure on the relationships within the Alliance. Meanwhile, Nissan is trying everything it can to have a post-Brexit free trade agreement between the UK and the EU. If not, it could very well be that they withdraw from Europe as a whole. De Ficchy’s statement has to be seen in this context too. 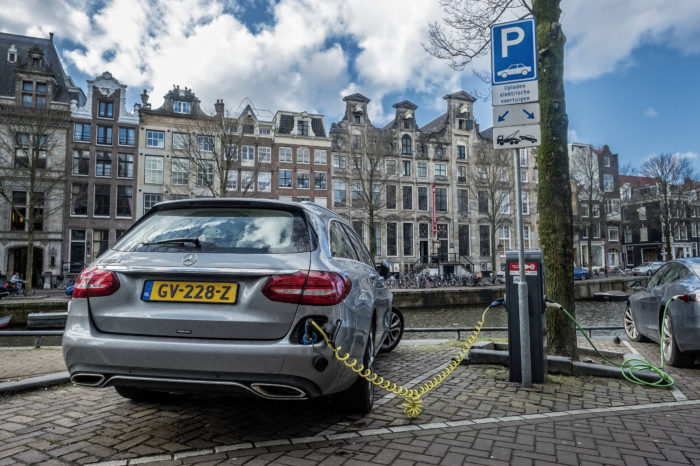 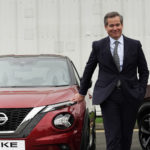