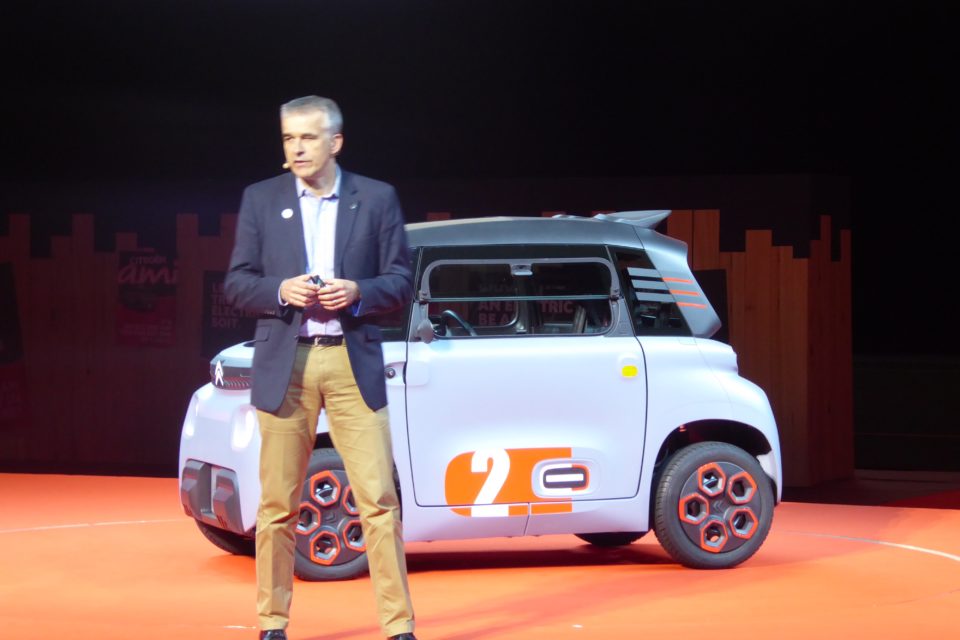 On Thursday, PSA-daughter Citroën launched Ami, the production version of Ami One, a prototype it showed in Geneva last year. The manufacturer doesn’t like you to call it a car; it’s a ‘moving object able to transport two people in an urban environment’.

At Citroën, they describe their Ami as ‘disruptive urban mobility’. It’s small; it can seat two people sheltered from the weather, and it’s fully electric. In 2050, 66% of the world’s population will live in cities. Not all will have or like to have a drivers’ license. For Ami, you don’t need one. Its biggest competitor will not be another car, but more so the eBike or the eScooter.

According to Citroën’s design boss, the Belgian Pierre Leclercq, there was a unique design brief for Ami. It has been thought from the inside outward. With a length of 2,41 m, a width of 1,39 m, and a height of 1,53 m, this little box is very tiny and light, weighing 420 kg.

The plastic hull sits on a separate chassis. The latter houses a 6 kW electric motor, getting its energy from a 5,5 kWh battery pack (no lithium-ion but nickel-metal hydride because of the cost). So equipped it will have a range of 70 km in a city traffic environment.

With a turning circle of 7,2 m, it’s also very handy and nimble. Charging of the battery can be done at every normal electricity outlet (230 V, 10 A), and will take three hours from empty to full.

To keep everything as cheap as possible, the car will have one unique color; a greyish blue called ‘Ami blue’. There will be fun accessories to decorate the exterior and more practical ones to ornate the interior.

The driver’s door opens at the front, the passenger’s door at the rear. The reason is simple: it’s the same door, hinged in the opposite direction. Inside, the passenger sits shortly behind the driver to offer more shoulder room.

You will be able to get an Ami at a Citroën dealership, but this won’t be the most important distribution channel. The Ami is launched from now on in France, still this year in Italy, Spain, Portugal, and Belgium. Germany will follow in 2021.

In France, the ‘car’ will also be put in a mobile container to be promoted at different public events. More importantly, Citroën’s new boss, Vincent Cobée, has concluded an agreement with Enrique Martinez, CEO of FNAC-DARTY. The renowned retail specialist will also serve as a distribution channel so that its 45 million yearly clients can discover Ami.

And of course, Ami will be available online. Depending on the legislation in specific countries, the Ami can be driven by the youth of 14 or 16 years, not being a car. In Belgium, the age limit will be 16 years for single driving, 18 for taking a passenger. Theoretical knowledge of traffic regulations is required.

The small urban vehicle is also very fit to be used in car-sharing schemes. In Belgium, the Citroën importer will make contact with one of the oldest, Cambio. This car-sharing platform already uses quite a lot of Citroën C3 cars.

In France as well as in Belgium, the selling price is €6 900. With the bonus the French still get, the price will be €6 000 in the Hexagone. In Belgium, there is no incentive for electric vehicles anymore; in Luxemburg, clients will get a €500 premium.

But, of course, one is not forced to buy the vehicle. In France, for example, you will be able to rent it, per day, per month (at €19,99), per year… Via the PSA-owned Free2Move platform, you can also rent it for €0,26 per minute, the same price as an electric step.

If you buy the Ami online, it will be delivered at home, and a so-called ‘product genius’ will accompany it to explain the new vehicle to its new owner. This new owner won’t be the traditional Citroën or car customer, Citroën expects, that’s why it wants to open as many distribution channels as possible. 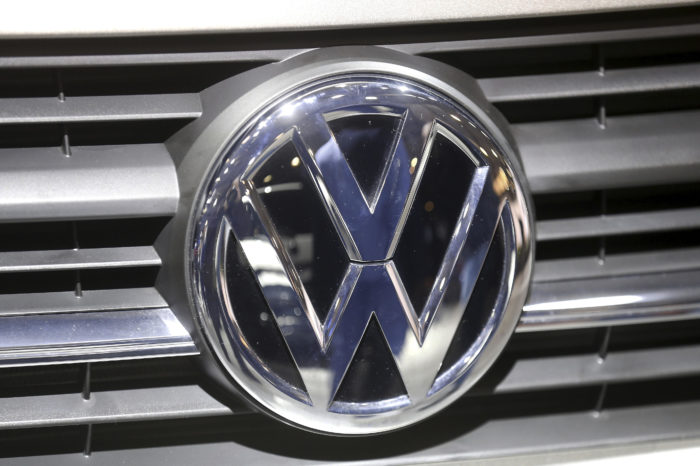 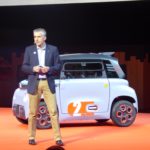