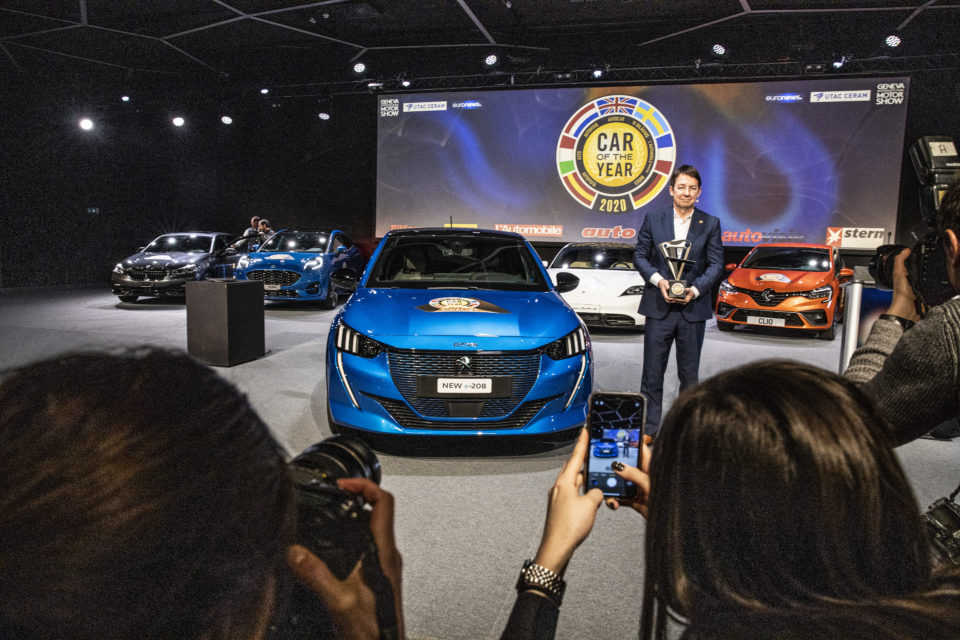 The 60 members of the Car of the Year jury, coming from 23 European countries, have elected the new Peugeot 208 as The Car of the Year 2020. It won the title with a considerable lead on the Tesla Model 3 (2nd), and the Porsche Taycan (3rd), two full-electric cars that took too many points from each other to threaten the Peugeot.

It was the 57th time a Car of the Year was chosen, making it the oldest contest of its type. Created by seven news magazines from seven different countries in Europe, the competition is still the most independent and most highly estimated of the car world.

In a first-round, the jury has to choose seven finalists from some 30+ contenders eligible to be selected. These seven finalists are re-tested by all jury members on the CERAM test track in the north of France. It is only after this that they can emit their vote, the winner being announced on the eve of the Geneva Motor Show.

For the first time in history, the grid was dominated by so-called electrified cars. Two of them, the Porsche Taycan and Tesla Model 3, were full-electric. The Peugeot 208 also exists as a full-electric version, and two other cars (Renault Clio and Toyota Corolla) are available as a self-charging hybrid. The Ford Puma was a mild hybrid. Only the BMW 1 is not electrified at this moment.

With so much new technology at stake, the battle for the title would be a tough one. But what happened was a clear copy of the 2014 election. Six years ago, the electric BMW i3 and Tesla Model S were already battling, so when two people quarrel, a third rejoices. At that time, it was… the Peugeot 308.

This time, the battle was tighter, the electric cars came closer, but the result was the same: a Peugeot won (with 281 points). Important to mention here is that you can also have a pure electric version of the 208 and that it’s far cheaper to buy than the other electric cars in the contest.

Of course, Porsche and Tesla were lauded for their performance and other driving qualities, and they were probably the best cars. Still, they were also much more costly (Model 3) or ludicrously expensive (Taycan). The Tesla got 242 points, the Porsche 222. Two far more normal cars, the Ford Puma and the Renault Clio battled for 4th place. The Renault won with 211 points; the Ford obtained 209 points. Finally, the Toyota Corolla got 152 points, the BMW 1 Series 133.

Electrification is here to stay

A clear difference compared to six years ago, is not only that the electric cars got more points, but also that they had admirers all over Europe. In contrast, until now, there had been a clear separation between the northern and eastern/southern preferences.

It proves again that, after the win of the also electric Jaguar I-Pace last year, the world is really becoming used to and prepared to drive electrified cars. A tendency that won’t disappear anymore, on the contrary. The market is ready for it, we hope that our politicians draw the right conclusions from it. 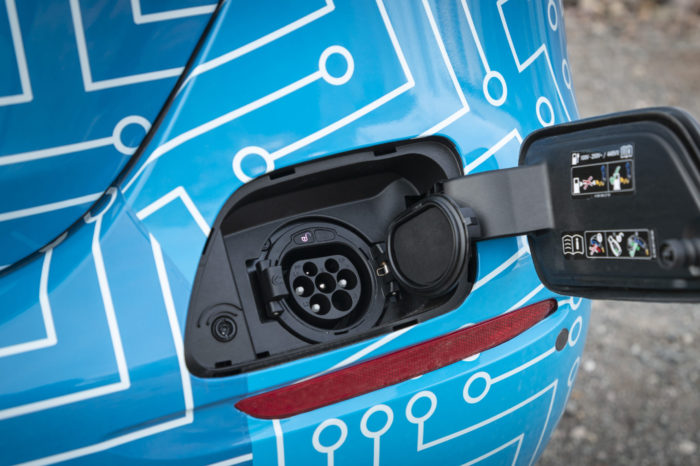 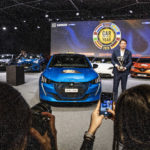