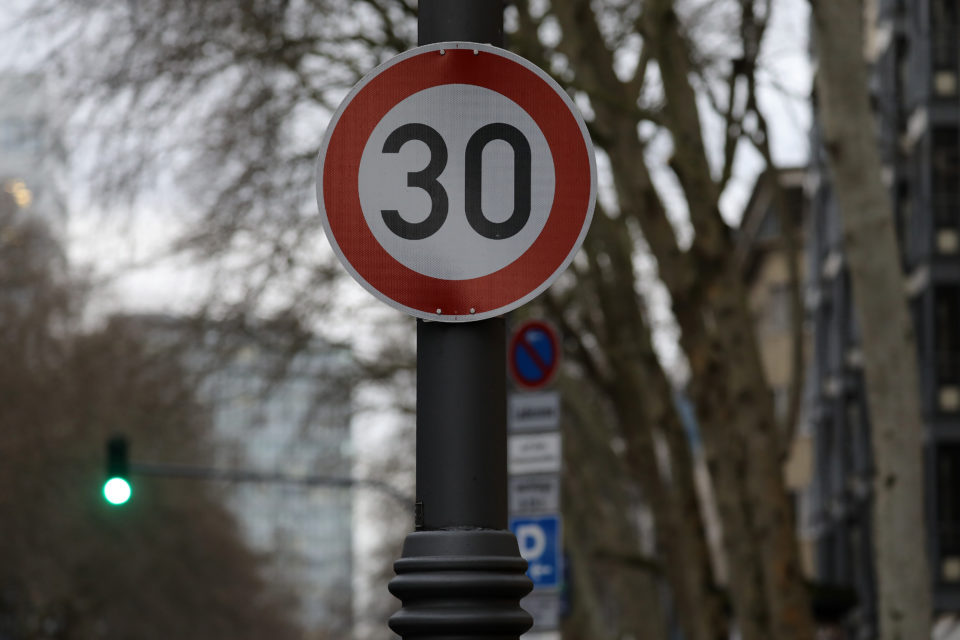 In 2005, the first 30 kph zones popped up in school areas. Since then, they’re ubiquitous. Still, the Stockholm Declaration wants to introduce them in all city centers /dpa

A speed limit of 30 km per hour should become ‘the new normal’. That is the conclusion of some traffic organizations, gathering during an international summit where ambitious targets were discussed. Flemish Minister of Mobility, Lydia Peeters (Open Vld), however, is hesitating about the measure.

Most car drivers don’t like to limit their speed to 30 km/hour. Most of them rather drive at 40 to 45 km/hour. And also the police often turn a blind eye, making the chance to get caught even smaller. But the situation will probably change.

Last week, several ministers and representatives of 140 countries gathered in Stockholm for an international traffic safety summit. They also signed the ‘Stockholm Declaration’, meant to halve the number of traffic deaths by 2030. The most striking measure is the speed limit of 30 km/hour on places where car drivers, cyclists, and pedestrians cross each other.

“Traffic accidents are the most important cause of death of young people. If we want to do something about it, we should have the guts to take drastic measures,” said Adina Valean, Member of the European Commission of Transport.

The Flemish Foundation of Traffic Science (Vlaamse Stichting Verkeerskunde), the Belgian traffic safety institute Vias, the pedestrian movement, and the cyclist union call up the Flemish government to act and to integrate the international recommendations in the actual traffic policy. They want to introduce the 30 kph limit in all built-up areas, just like three years ago, when the 90 kph limit was brought down to 70 kph on all regional roads.

No fatalities at all

In 1992, the general speed in town centers was lowered from 60 to 50 kph. In 2005, the first 30 kph zones popped up in school areas. Since then, they’re ubiquitous. Flemish cities like Antwerp and Ghent extend their 30 kph zones to improve safety, and also because the speed limits have a positive effect on the air quality, noise nuisance, and traffic flow.

Soon, the Brussels Region will take the plunge: the entire territory will become a 30 kph zone as of January 1st, 2021. Brussels is following the example of Oslo and Helsinki, the only two European cities, where maximum speed was lowered, and where no cyclists or pedestrians died in traffic.

Flemish not easy to convince

The conclusion is clear: in a 30 kph zone, not only the frequency of accidents drops but the consequences of accidents are less serious. Still, Minister Peeters doesn’t seem to be convinced. She’s not willing to adapt speed regulation, for the time being. She first wants the situation to be analyzed by the administration.

According to a recent survey of traffic safety institute Vias, the Flemish driver is not easily convinced: hardly 39% is in favor of a general 30 kph zone. “The problem is that many roads visually don’t correspond with the imposed speed limit,” says Werner De Dobbeleer of Vias. “Driving at 30 km/hour on a wide and straight road seems terribly slow. Local authorities could repair the image with trees, greenery, and the construction of curves.” 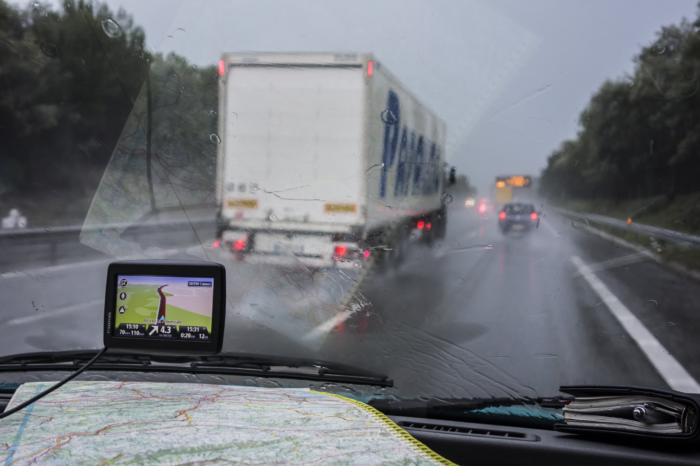 Trucks will be flashed if they overtake in rainy weather 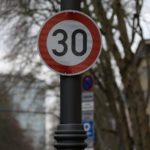