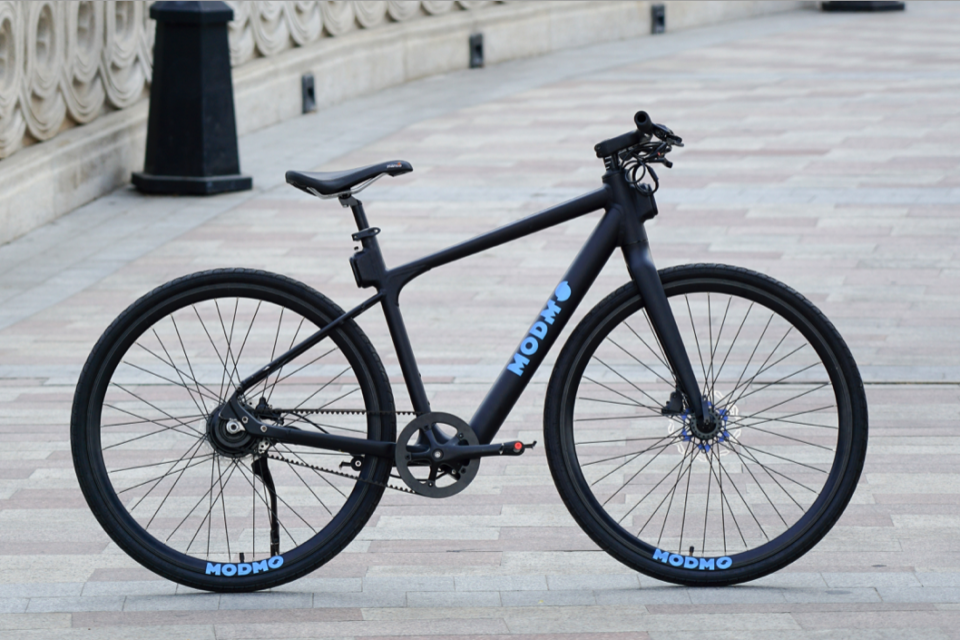 Irish bicycle start-up, Modmo, has announced the production of its first e-bike, the Saigon. Similar to competitors like the Belgian Cowboy bikes, Modmo’s creation is electric, app-driven, and sold online. Presales have started with delivery expected in September 2020.

With the Saigon, Modmo claims to have designed ‘the bike that will replace your car for urban transport’. It wants to do this by addressing the three main reasons people claim for not switcing to cycling: physical strain, fear of theft, and lack of utility.

Modmo claims a range of up to 200 km per charge for the Saigon. The 18,5 Ah Panasonic lithium-ion battery is removable and invisibly integrated into the lower tube of the bike’s frame. It delivers its power to a 250 Watt motor in the front hub, leaving the option of installing an 8-speed rear hub.

The bike has a screen built into the handlebar, which shows the Android-powered ModOS operating system. It displays the battery’s charge state, navigation, and cycling apps. The Saigon also features GPS and a 4G data connection for location tracking, and Bluetooth for function control via the company’s smartphone app.

Modmo opted for a streamlined design that doesn’t shout out that the bike is electrified. It does, however, integrate front and backlighting, as well as brake lights, and electroluminescent paint for turn signals. It also features hydraulic brakes and a Gates carbon belt drive.

One of the distinguishing features of the Saigon are the patented front and rear mounts. They can receive a range of modular accessories, called MOD’s, that slide on. They allow for customization of the bike, depending on its use. MODs accessories already in production include a child seat, basket, food delivery boxes, and a pannier rack.

While Modmo is Irish, it developed and will build the Saigon in Vietnam, as the name implies. The company joined a start-up accelerator (Vietnam Silicon Valley), and a hardware incubator (Becamex Business Incubator). Within eight months, it turned 3D designs into a production-ready bicycle.

Jack O’Sullivan, the founder of Modmo, is not new to the business. O’Sullivan founded his first bike brand, Vital Fixes, in 2015 as a direct to consumer brand of single-speed bikes designed to be stylish but affordable. As a lifelong cyclist, he always believed cycling is the best way to get from A to B. 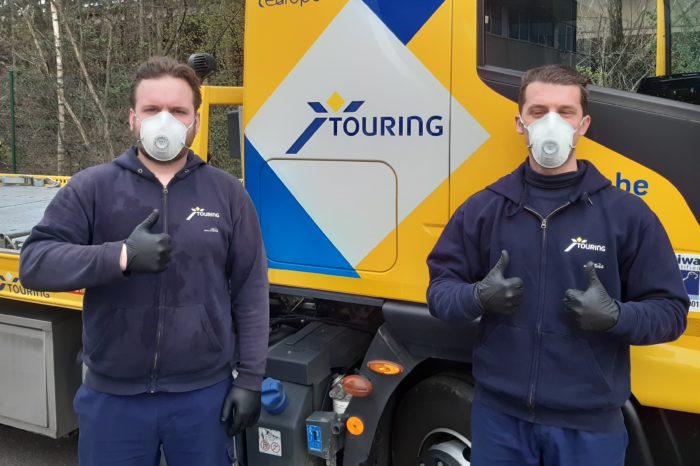 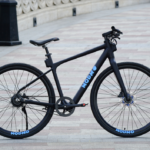