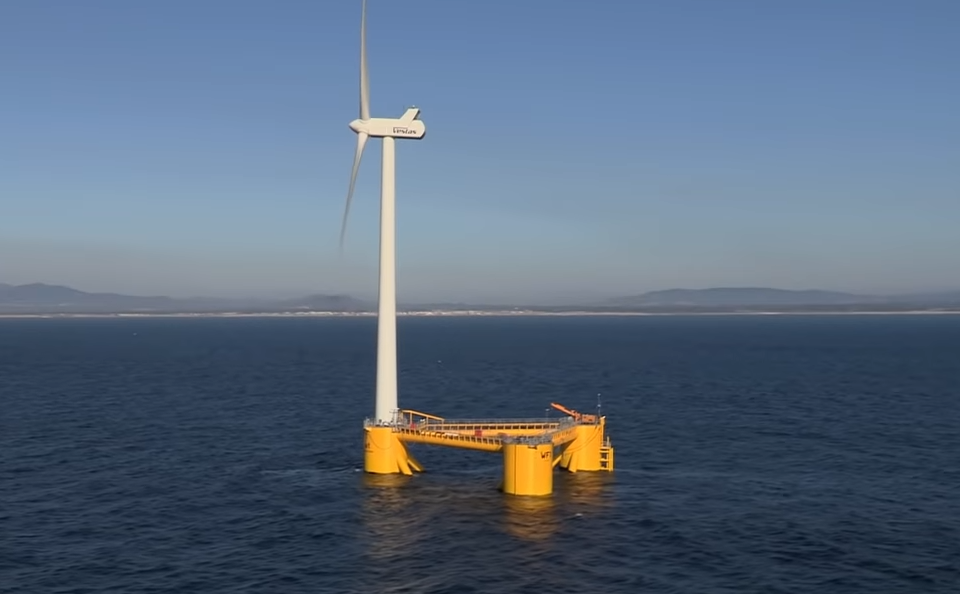 Californian Principle Power developed the technology for floating windmill platforms that can be towed to their offshore location in water that is deeper than 60 m, a depth when fixed platforms become ‘uneconomical’ /Principle Power

French oil giant, Total, is buying itself into floating wind parks in the Celtic Sea, the area between the south coast of Ireland and the most westerly tip of the UK, Land’s End. It announced taking an 80%  participation in the floating Erebus project of British Simply Blue Energy Ltd.

Total didn’t specify how much money is concerned in this project but announced earlier it will invest $2 billion (€1,8 billion) each year in the production of ‘low-carbon energy’.  With that money, it also acquired 100% of Global Wind Power France from the Danish via its daughter Total Quadran. Global Wind Power has wind farm projects for a total of 1 GW, of which 250 MW is to be operational by 2025.

In the Celtic Sea, Total steps into the Erebus project, a demonstration project that is to produce 96 MW of wind energy on floating platforms in an area with depths of 70 meters and more.

Simply Blue Energy Ltd. believes floating wind parks will be a game-changer in the future. And Total follows along. According to the British company, 80% of Europe’s offshore wind resources are situated in water that is deeper than 50 to 60 meters. Beyond that depth, typically fixed windmills that rest on the seabed are becoming too expensive and ‘uneconomical’.

In 2016, the British launched a ‘Technology and Commercial Review’ of Floating Offshore Wind Foundations’ in a partnership with the Californian developer of the technology, Principle Power Inc. The latter was already testing its patented design with a consortium of companies since 2011.

The idea is a semi-submersible triangular platform with a standard offshore windmill on one of the three ‘floating’ pillars. These pillars have submersed ‘shoes’ that help to buff the movements of the waves. The platform is anchored to the seabed in all directions to keep it in its place.

During the five year test period, the ‘Windfloat One’ withstood extreme Atlantic conditions with waves up to 17 meters high, and wind gusts above 60 knots (110 km/h). All the time, it kept on delivering green electricity to the local grid to a total of 17 GWh, according to the developers.

The advantages are – besides being able to operate in deeper ocean waters –  a lower cost in building the windmill parks. That is something that can be done onshore. When finished, the platforms can be towed to their offshore destinations by a simple tug boat, as used in all harbors worldwide. For repairs or replacements, the platforms can be released from their moorings quite easily and towed back to the port. 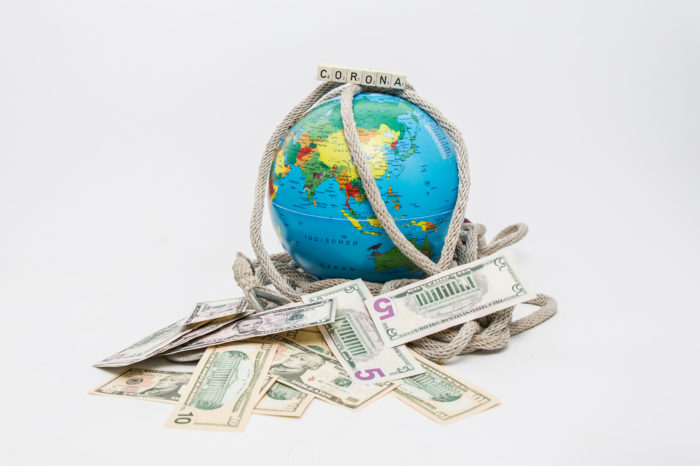 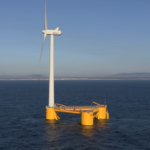