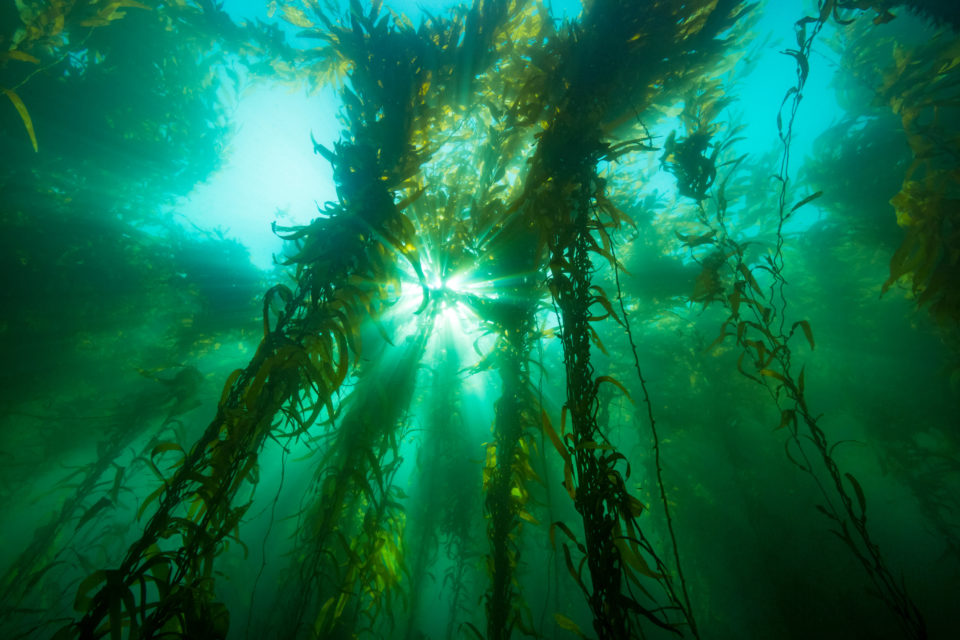 Sunlight streaming through a forest of giant kelp (Macrocystis pyrifera). Kelp can be used to make biofuels that can be used for aviation or road transport where electrification is difficult /Agefotostock

Giant ocean seaweed farms operated by underwater drones to produce biofuels that can be used in aviation or road transport. It sounds like science fiction, but it is a scientific experiment funded by the US government.

Giant farms of kelp (Macrocystis pyrifera) of several hectares in the middle of the ocean would be brought to the surface during the day by underwater drones to maximize photosynthesis in the sunlight. At night, they would be submerged to the deeper layers where an abundance of nutrients for the plants can be found.

The whole kelp farm could be towed then by autonomous tugs to a harvesting location where the biomass is converted into biofuels. As the kelp captures CO2 while growing, this compensates for the CO2 when burning biofuel (like methanol) made from it, making it almost CO2-neutral.

The first experiment for this was set up by Californian start-up, Marine BioEnergy Inc., at Catalina Island, 47 km off the coast of Long Beach (Los Angeles). Its pristine coastline and crystal-clear waters are a natural habitat for giant kelp.

The ribbon-like seaweed thrives in shallow water and grows from the seabed where it anchors itself, up to 20 meters high to the surface, where its leaves float thanks to naturally gas-filled balls at the top. The seaweed requires a minimum of resources: no soil, no freshwater, no fertilizers. It can grow up to 60 cm a day, which provided it with the nickname ‘sequoia of the sea’.

But it needs sunlight and nutrients that are floating in the water. On the open ocean, these nutrients are in the colder, deeper layers of the sea, so kelp won’t grow there naturally. Hence the idea to ‘lift’ the kelp during the day to the surface for sunlight and bring it back to the nutrient-rich deeper layers at night.

At Catalina Island, Marine BioEnergy set up a proof-of-concept experiment with a research team of the University of Southern California. Funding came from the US Department of Energy’s, Advanced Research Projects Agency (ARPA-E).

Young kelp plants attached to a frame of PVC pipes are kept in position by a buoy at the surface and anchored to the seabed 140 meters below.  A lifting mechanism brings the kelp to the surface during the day and lowers it to a depth of 80 meters at night, into the nutrient-rich colder layers.

Another frame with young kelp plants was kept at a constant depth in shallower water, for comparison. After three and a half months, it turned out the ‘lifted’ open-water kelp had grown three times longer than the natural one.

The next step is to scale up the whole experiment and develop techniques to grow and harvest the kelp in the middle of the ocean with a minimum of human intervention needed. Underwater drones – powering themselves with solar energy – can control the daily lifting procedure and bring the farm to safer deeper water when storms are threatening, for instance.

Harvesting and even production of ‘biocrude’ could be done on the open ocean by ships. That ‘biocrude’ can be turned into various forms of energy, such as biogas and ethanol, through different chemical processes.

Cindy Wilcox, co-founder and CEO of Marine BioEnergy, estimates that to replace 10% of fuels used today in the US, this would need an ocean farm of ‘the size of the state of Utah’. That’s some 220 000 square km or seven times Belgium. But in the Pacific Ocean along the US coast, “there is room for 705 Utahs,” she told Scientific American.

One of the big advantages is that kelp farming in the ocean doesn’t compromise with food production, as biofuels from plants like corn do, which is mostly used today in the US. It doesn’t take up farming land and doesn’t need fertilizers or anything else than the natural resources available in the ocean.

Impact on the ecosystem

The question remains, though, what the effects on the ecosystem of the ocean could be when kelp was to be farmed on such a massive scale and whether it is the best option for the climate after all.

Skeptics point at the fact that photosynthesis is only 1% effective in converting solar energy, while solar panels have an efficiency of 20%. So the kelp farm would need twenty times more surface than a solar farm… 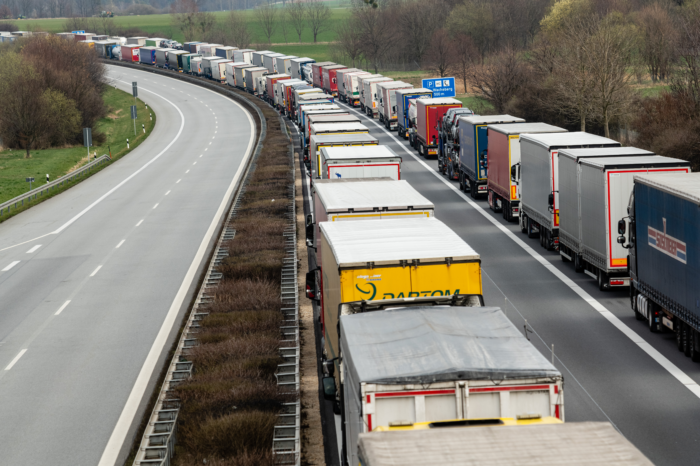 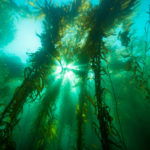