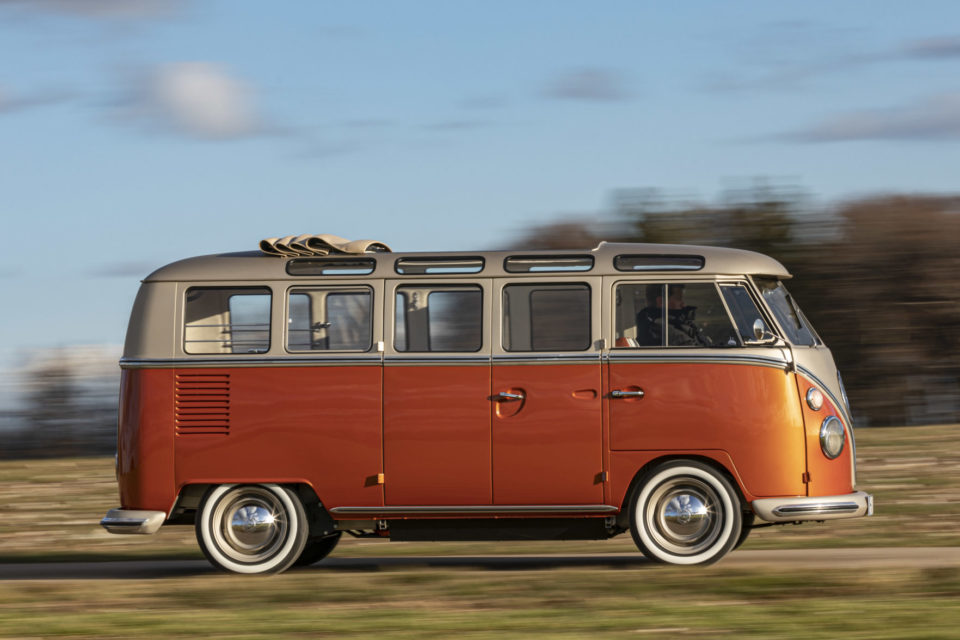 If you want to drive an environmentally friendly classic car, you can try the e-Bulli based on a T1 Volkswagen bus /VW

More and more electrically driven old-timers are introduced on the market. At first, they were offered by small enthusiast companies. Now, also, car manufacturers are interested. Fans of those classic cars are increasingly scared that they won’t be able to drive their original specimen anymore because of emission restrictions.

Today, VW is jumping on the bandwagon. It already approved a Beetle Cabrio proposed with electric propulsion (e-Käfer by the German company e-Classics). Now it goes a step further and proposes the e-Bulli.

It’s a T1 ‘Samba’ bus completely refurbished and updated with the electric propulsion coming from the small electric VW eUp. For aficionados, VW wants to make the bridge to its ID. Buzz, the completely electric MPV Volkswagen is launching in 2022 in a retro look.

Despite its real nostalgic look, connoisseurs see the differences immediately. e-Bulli has bigger wheels and LED lights. The interior has leather upholstery, a modern DSG selection handle between the front seats, digital info in the retro-looking dials, a touch-screen in the roof above the front windows, etc.

The e-Bulli has a 40 kWh battery pack, giving energy to a 60 kW electromotor delivering 212 Nm of torque. That way, the e-Bulli doubles the original power of this T1 and has a top speed of 130 kph. The battery pack allows for a 200 km range. Brakes and chassis are adapted to the increased, directly available power.

Normally, the e-Bulli will be for sale for ± €65 000 in base trim, but a splendid version like this first version will surely cost a lot more. But when you know that a perfectly restored T1 can cost €100 000 or more, you can consider this e-Bulli a bargain.

There are other manufacturers interested in producing this type of conversions. A lot of them already offer complete restorations of their old cars via a Classics department. Some go further as Jaguar did in 2018 by launching the E-Type Zero concept.

The E-Type Zero has a battery pack occupying the space of the original XK engine, while the electromotor and transfer box are located where the original gearbox housed. It sprints to 100 kph in 5,5 seconds. The E-Type Zero was a distinguished guest at the royal marriage of Prince Harry and Meghan Markle.

Since then, everything has become quiet around the concept. Jaguar seems to have no intentions to produce it. Right now, it has other worries, for sure. 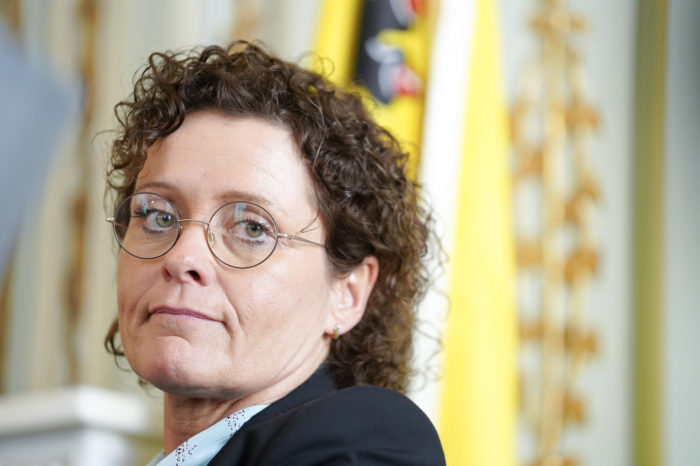 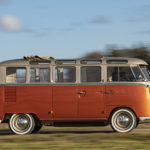