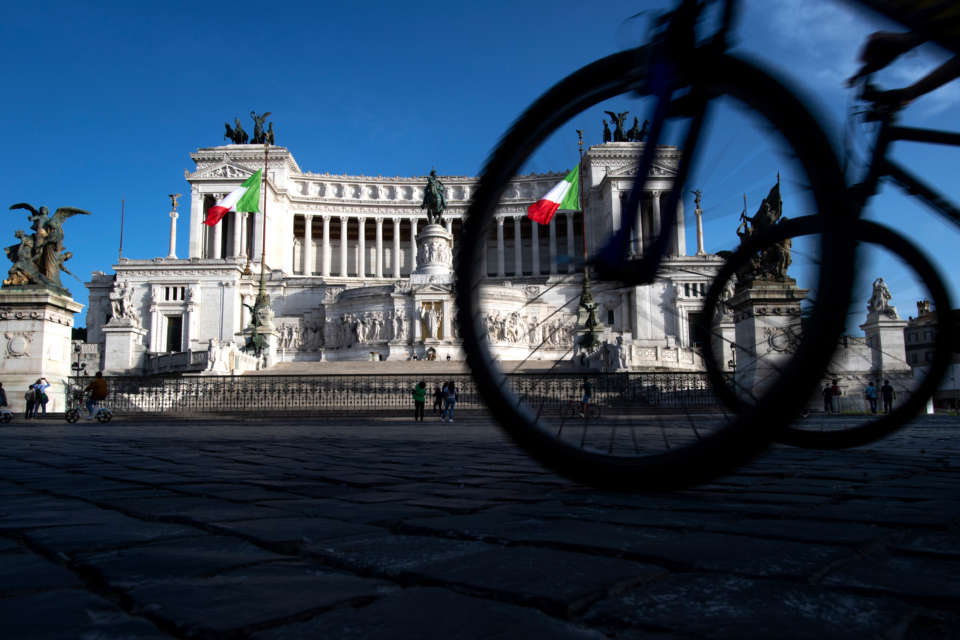 Romans think cycling is heavy, dangerous, slow, and unhandy. But they’ll have to put up with it. The city government uses the corona crisis to make way for the bicycle. Even before the schools reopen in September, there should be 150 km of new cycle paths in the Italian capital.

Cycling is an absolute exception in Rome. All roads lead to Rome, except for the cycle paths, which circle the city in a large arch. That is because the city is built on seven hills. Certainly, in combination with the summer heat, this can lead to much more sweat than socially desirable in an Italian office.

Rome’s old-town center, for example, is virtually devoid of official bike lanes. The only exception is the Tiber bike path. It has been finished since 2005 and straddles almost the entire length of the river within Rome.

Traffic in the city is life-threatening, and the road surface inferior. It is estimated that there are more than 50 000 holes in the Roman roads, so you will understand that only 1% of all journeys are made by bicycle, according to a report by Greenpeace in 2017.

Because of the lack of public transport, practically every Roman has his own car, which caused huge traffic and environmental problems even before the corona crisis broke out.

Last January, the research bureau Inrix calculated that Romans lose an average of 254 hours per year in traffic, even though more than half of them work less than 10 km from their homes. Worldwide, only the Colombian capital Bogotà did worse.

The figures are expected to increase, as public transport becomes an even worse alternative in the new other half-meter society. The first easing of the lockdown last week already shows that the Romans avoided the usually busy public transport: trams, buses, and subways remained largely empty, while the highways seemed to be fuller than before.

Even the spectacularly clear view of the hills surrounding the Eternal City – the merits of almost nine weeks of lockdown – clouded to such an extent as the week progressed that is was almost impossible to see them on Sunday.

“This is exactly why we take action,” says Pietro Calabrese, the Roman councilor of Transport in the Dutch newspaper De Volkskrant. “Large-scale bicycle use, like in Amsterdam, is the perfect solution for so many contemporary problems in Rome.”

“Of course, the traffic volume will decrease, so there will be fewer casualties. If fewer parking spaces are needed, the terraces in the city center can be extended so that customers can eat at a safer distance from each other.”

And especially important: the air quality in the city will noticeably improve. It is not without reason that Genoa, Turin, and Milan – all cities affected by serious air pollution – have also decided in recent weeks to invest in extra cycle paths.

However, Rome is still facing a considerable problem before that happens, says Gianluca Santilli, president of the Italian study center Osservatorio Bikeconomy. Namely: the Romans themselves.

Previous bicycle projects in the city failed because Romans showed no interest at all. They found bicycles too heavy, too dangerous, too hot, too slow, or too unhandy so that the scarce cycle paths that were built became parking places again in no time at all.

Companies that had been running loan bike programs in recent years also pulled out in record time because their bikes were almost exclusively loved by thieves who sold the loose parts to hardware stores.

“150 km of cycle paths is not enough to get Romans on their bikes,” says Santil. “This requires a change of culture; campaigns that show that life is much nicer on a bicycle. That with a bicycle, you no longer have parking problems and, therefore, less stress. That cycling is healthier than the car and the scooter, and above all: that they can save up to 3 000 euros a year on gasoline, road tax, and insurances.”

Moreover, according to him, encouraging bicycle use should go hand in hand with discouraging car use. “If you really want Romans to feel safe on a bike, the speed limit must be lowered throughout the city.”

“We haven’t had enough time to run campaigns, but we’ll certainly inform our residents in the future about the right bike mores in traffic,” says Alderman Calabrese. That he, just like his colleagues, is very serious about the plans was also demonstrated last week, when the Minister of Transport, Paola De Micheli, promised a 120-million-euros fund for the use of soft mobility to avoid city congestion at the post-Covid-19 restarts.

Residents of metropolitan cities and urban areas with more than 50 000 inhabitants can get a maximum of 500 euros for the purchase of bicycles, including pedal-assisted bikes, as well as vehicles for personal mobility with predominantly electric propulsion, and even scooters.

The Minister specified that the bonus will be ‘erga omnes’, so it will not be linked to income parameters and available to all those who request it.

“I am convinced that Rome can become a bicycle city in the long run,” says Calabrese. “But that requires patience. Rome wasn’t built in a day, and neither it’s cycle paths.” 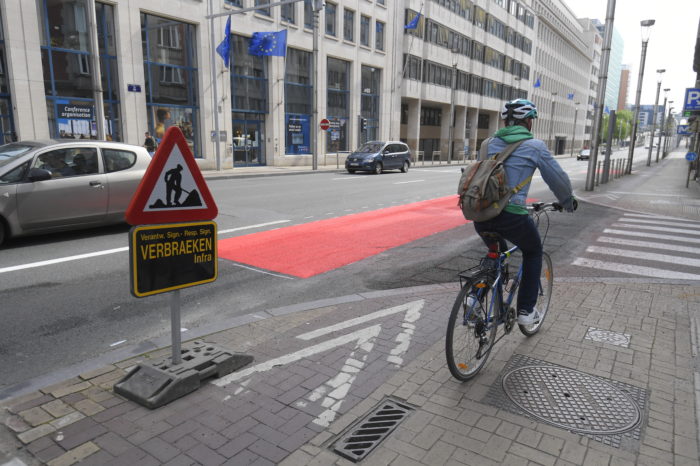 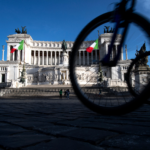