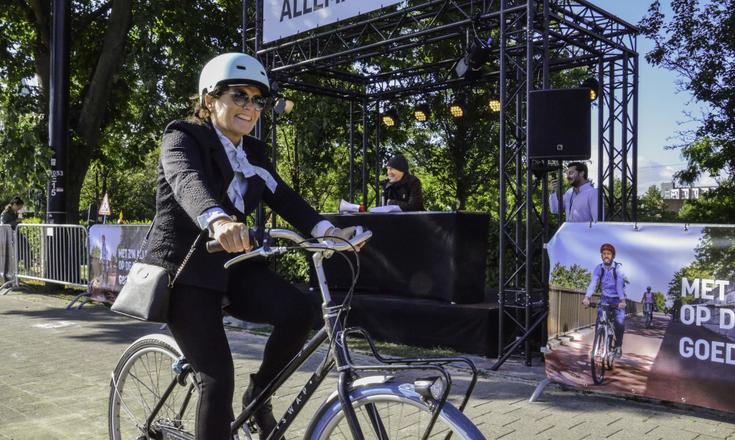 Flemish Minister of Mobility and Public Works, Lydia Peeters (Open Vld), has put together a ‘toolbox on sustainable mobility’. Together with the Flemish Foundation for Traffic Science, Fietsberaad Vlaanderen, and the Pedestrian Movement, she also launched the campaign #blijvenfietsen (All keep cycling). The aim is to encourage the Flemish people to continue cycling during the corona exit.

Now that the economy is gradually restarting and schools are reopened, it is being considered how public space can be (temporarily) redistributed. The bicycle can play an important role in this, especially as research by mobility club VAB shows.

One in ten motorists has switched to cycling for commuting over the past weeks. “We must maintain and encourage this positive cycling trend, together with other sustainable forms of travel,” says Minister Peeters.

“More than half of the Flemish people live less than 15 km from work, a distance that is perfectly bridgeable by bicycle. For this group, as for countless school-age children and young people, the bicycle is the best alternative to the car.”

With the toolbox, the Minister wants to support the local authorities, in particular, to take measures to stimulate cycling and walking. It contains concrete actions that they can implement, such as a bicycle street and the widening of bicycle and pedestrian paths and pedestrian crossings so that people can stay 1,5 meters apart. Or by sticking stickers to traffic lights with push buttons to encourage cyclists/pedestrians to use their elbows to push the push button to avoid possible contamination with Covid-19.

Other measures may include bicycle-parking facilities near schools, shops, and business parks. Cities and municipalities that need to carry out painting work for this purpose can apply to the Agency for Roads and Traffic, which manages 7 700 km of cycle paths in Flanders, 60% of which are in good or even excellent condition, according to the Minister.

A large-scale campaign will also be launched under the slogan ‘All Keep Cycling’. Posters along the regional roads encourage cyclists with the slogan ‘All Cycling. Good job!’. Along the highways, there will be a derived version with the message ‘All on their bikes. You tomorrow, too?’

The Minister will make 3 million euros available for the redevelopment of cities and towns. Approximately 2 million can be used for municipal roads, with a maximum of 7 000 euros per local authority.

For every euro that Flanders invests on municipal roads, Peeters asks one euro from the local government. Also, within the second part of the exempted budget (another 1 million euros), local authorities can formulate proposals for paintworks on regional roads.

The Minister also states that further investments will be made in the coming years to improve the cycling infrastructure in Flanders. “The Flemish government is investing 300 million in cycling infrastructure via a steep growth path. We are taking initiatives to make other modes of transport more attractive than the car. We need wider and faster bicycle routes. In 2020, this will be further increased to 180 million in investments for the bicycle.”

Never before have there been as many cycling fatalities in traffic as in 2019. Especially in Wallonia, the number of cyclists who died in an accident rose sharply. In Flanders, the number dropped from 75 to 68. 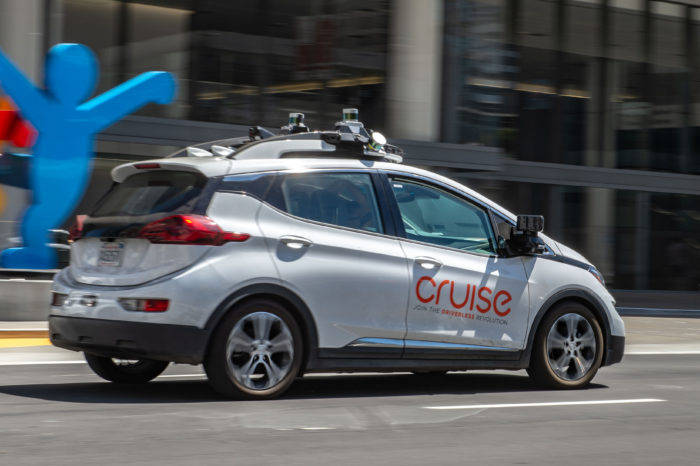 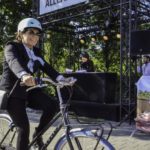