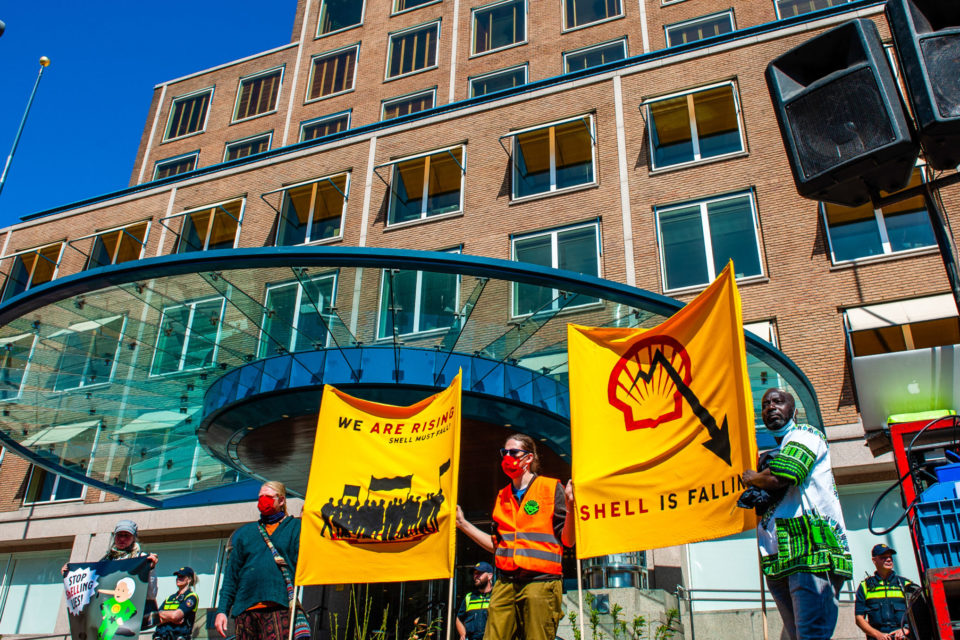 Activists protesting on the 19th of May in front of the Shell headquarters in The Hague, claiming that the oil giant is not living up to its climate goals and has to be dismantled /Zumapress

A climate resolution of the activist shareholder ‘Follow This’ has been rejected by a large majority of Shell shareholders at the General Shareholders Meeting. Nevertheless, this can be considered as a victory defeat, while 14,4% of the shareholders voted positive, compared to 5,5% last time.

At the recent (virtual) General Assembly of oil concern Shell, almost 86% of the shareholders voted against a climate action resolution asking for concrete criteria within Shell as a base of its climate and environment targets.

The climate resolution was issued by activist shareholder Follow This. Spokesman Mark van Baal is nevertheless happy with the result: “Shell didn’t succeed to lull all shareholders into sleep with new, completely non-committal ambitions for 2050.”

Follow This sees this as a ‘victory defeat’, following the trend noted at the general assembly of the Norwegian oil company Equinor last week, where 25% of the shareholders voted for a comparable resolution, doubling the ‘pros’ compared to last year.

Institutional shareholders like to be advised before voting, usually using the advice of two major specialist companies in these matters, ISS and Glass Lewis. ISS issues two types of advice, a standard one and a ‘green’ one.

The standard one advised the rejection of the proposition, the green one the acceptance. It is very possible that shareholders have been influenced by this. Recently, both companies advised voting for climate resolutions in the case of two Australian oil companies. There, they almost got a majority.

During the Shell GA, activists demonstrated in front of the Shell headquarters in The Hague. The demonstration took place following the corona social distancing rules. Members of Greenpeace assembled a dinosaur out of empty oil vats claiming that “fossils belong in a museum”.

Other activists demonstrated at four different filling stations of Shell, tying tanking hoses together, or painting slogans, and protest drawings on the pavement. They want to see the Shell oil giant dismantled.

In a reaction, Shell stresses that it supports the Paris Climate Agreements. “In fact, we have the same climate goals,” says an official statement, “we are only differing about the way to follow.” 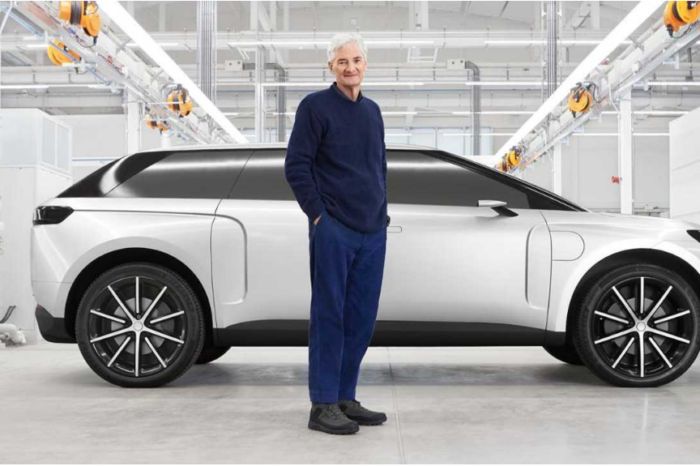 The Dyson electric car that wasn't to be 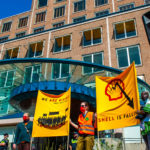