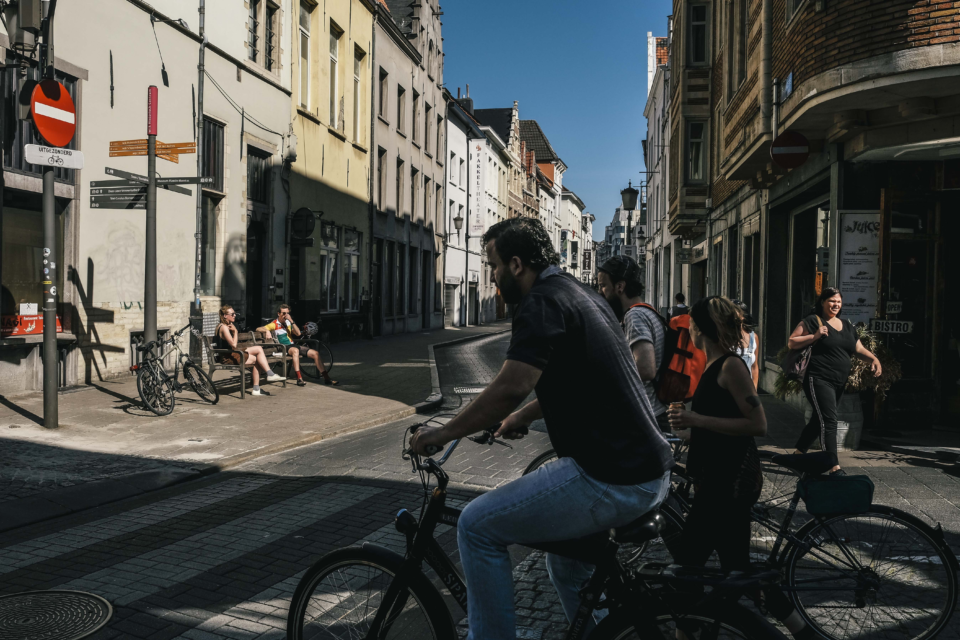 Six out of ten cyclists enjoy cycling in Flemish cities and municipalities, but only a third find it comfortable. This is apparent from the latest Flemish Bicycle Report of the Cyclists’ Union and the Flemish Foundation for Traffic Science. Some 24 000 cyclists took part in the survey at the end of last year. The entire Flemish region gets a score of 61 out of 100.

The general picture is therefore moderately positive, but especially in the field of bicycle safety, it could be even better. For example, just under half (47%)) think that children in their municipality cannot safely cycle to school. 42% also thinks that the elderly can’t cycle with peace of mind either.

The bicycle infrastructure does not necessarily improve after a street has been reconstructed either: less than half (48%) feel that there is an improvement after reconstruction.

“These results clearly show that even more space for the bicycle is needed and desired”, says Cyclists’ Union spokesperson Wies Callens. “Hence the call for real work to be done on a bicycle policy at the municipal level.”

Who will not be there when the laureates are announced on 6 October, is the city of Antwerp. With a score of 47,3%, Antwerp underperforms in terms of cycling friendliness. Of the 13 Flemish regional capital cities, only Aalst (45,9%) performs worse. By comparison: Bruges achieves 62,9%, Ghent 68%, Mechelen 64,2 and Leuven 58,3.

Just like in the rest of Flanders, Antwerp scores particularly poorly in terms of bicycle safety. On the positive side, however, 56% think the bicycle infrastructure improves if the street is reconstructed. 58% of respondents also feel that the city actively encourages cycling, through actions and campaigns for instance.

“The Antwerp respondents clearly completed the questionnaire very critically. And they may”, says Antwerp mobility alderman, Koen Kennis (N-Va), in the Gazet van Antwerpen. “But I’ve seen a lot of good things in recent years.”

“By the end of 2018, for example, we ensured that 95% of the urban road network had become zone 30. The traffic safety of residential areas has thus increased considerably. In the previous office period, we would eliminate 100 ‘missing links’. In the end, there were 120. And also during this legislature, we are fully committed to safe, high-quality cycling infrastructure with the construction of new cycle paths.”

According to Cyclists’ Union Antwerp, the bad result in the report is due to the large number of cars crossing the city. “Whole districts of Antwerp are still dominated by cars”, says spokesperson Renaat Van Hoof. “Take the surroundings of the Turnhoutsebaan in Borgerhout. During rush hour it is even queuing up on the parallel route, the so-called ‘red carpet’ that was specially designed for cyclists.”

“It is true that more cycling infrastructure hs been built in recent years. But as long as there are so many cars driving around in the town, the feeling of insecurity among cyclists remains.”

In a reaction to the results of the Flemish Bicycle Report, Flemish Minister of Mobility, Lydia Peeters (Open Vld), says that “the good news is that a lot of cities and municipalities score remarkably better than the average. We hope that these frontrunners can inspire others.” 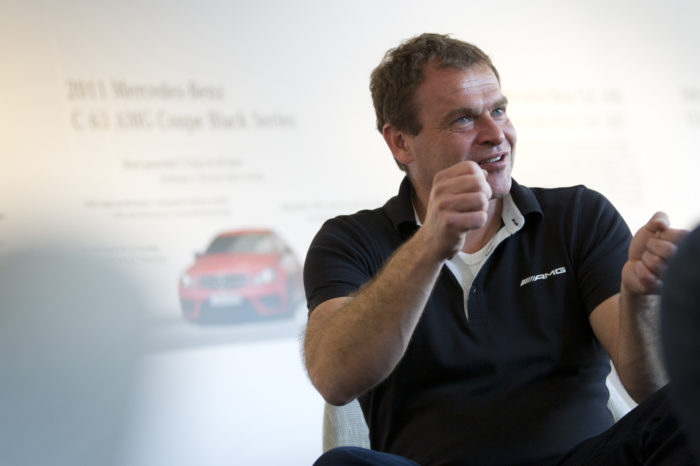 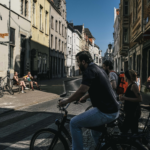