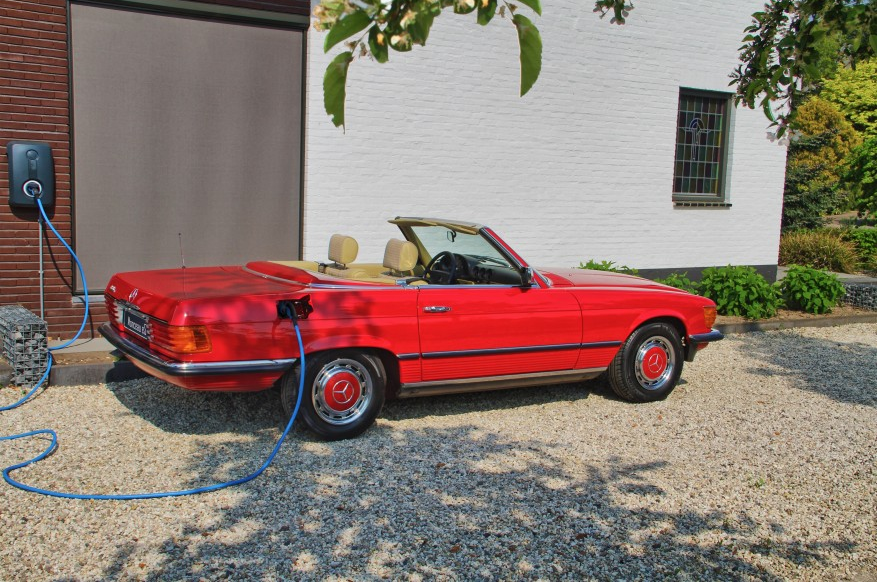 Converting a ‘Euro-0’ six or eight-cylinder Mercedes SL roadster into a swift ‘zero-emission’ electric vehicle with even better performances; it’s the core business of the Liège-based Belgian start-up Monceau Automobiles. Start dreaming if you have 159 000 euros (ex VAT) to spare. After summer, the first demo models will be ready. Preordering is opened.

Moncea Automobiles is the brainchild of the former CEO of green electricity provider Lampiris, Tom Van de Cruys, and co-founder Roel Pollen who runs the company. Van de Cruys, a Mercedes passionate, was looking for ‘an electric car with a character’, he told Aftersales magazine.

In love with classic Mercedes

“I was in love with the classic Mercedes models for a long time, and I wanted a performance car with little maintenance needs. Those ingredients led to an exclusive project, and ultimately to the investment in a unique start-up.”

A small number of (exclusive) manufacturers is already offering electric versions of its old-timer icons (Jaguar with the E-Type, Aston Martin…). There are specialized conversion companies too, like Zelectric, Ruf, and the Dutch company Voitures extravert. It is becoming a rather expensive ‘plan B for the vintage car owner’ to make it electric and avoid Low Emission Zone restrictions.

Belgian Monceau Automobiles wants to focus on Mercedes, starting with the iconic R107 SL roadster and its SLC coupe version, which was built between 1971 and 1989. Later, its predecessor, the ‘Pagode’ W113, and the W111 SE models will follow.

With 18 years of production without significant facelifts, and 237 000 of them produced, the Mercedes W107 series features one of the longest-lasting models of the German carmaker, together with the G-Class.

Its popularity during these years, and the fact that many of them are still driving around, make it an interesting ‘donor car’. Especially in Belgium where there is, for instance, a specific ‘107 Club’ with more than 230 actual owners.

Nowadays, this iconic Mercedes roadster is imported massively from the United States, the primary market for the Mercedes roadsters, where the model was even more popular. The model range extended from the 2.8 liters six-cylinder 280 SL to the 5 liters V8 500 SL and the 5.6 l 560 SL (US version). For those years, they were already very powerful roadsters with 185 to 240 hp.

Monceau now uses a 180 horsepower Permanent Magnet Axial Flux motor “as they offer the highest power density available on the market”, according to the company’s website. It’s able to provide 550Nm of torque, outperforming the then most powerful V8-powered SL 500 having 400Nm. And it only weighs 40 kilograms.

Like in the original car, the engine will be front-mounted with rear-wheel drive. It promises swift performances from the start, with accelerations of 0 to 100 km/hour in less than seven seconds. The battery pack is liquid-cooled, developed by Dutch Power Battery.

With a 50 kWh capacity, it matches today’s Tesla Model 3 Standard Range battery pack, giving the classic roadster a range of ‘nearly 300 km’ (WLTP), Monceau says. The battery packs will be front and rear-mounted for perfect weight distribution, and with respect for maintaining ample trunk space, as was the case in the donor car.

Although the R107 roadster already had a remarkable trunk space for a two-seat roadster compared to today’s standards, it is still a challenge to squeeze in battery packs. That’s one of the reasons why Monceau is starting for the initial development from the SLC coupe version, having a longer wheelbase, and not being ‘bothered’ by the space needed for the folded-down soft-top.

For the development that is done on the computer almost entirely, Monceau started with a complete 3D scan of the donor cars. According to the company’s latest blog, “engineering of the complete driveline and the development of the battery packs is almost finished in the 3D model. Also, the software for VCU (Vehicle Control Unit) and BMS (Battery Management System) is completed in cycles from Model-in-the-Loop (MIL) to Hardware-in-the-Loop (HIL).”

The donor cars are to be restored completely to the owner’s wishes, painted in his (or her) desired color, and with a completely refurbished or newly custom-designed interior. The classic dashboard will be adapted to incorporate all modern monitoring instruments, and also the complete handling of the car is re-engineered.

To optimize road-handling beyond that of the original car, Monceau works with “an ex-Formula 3 driver and engineer to make the necessary changes to the suspension, brakes, and steering”. For technical supervision on electrical systems, Monceau can appeal to Klaas De Craemer, researcher at VITO, the Flemish institute for technical research.

The Belgian start-up says it is also partnering with German TeKshift, specialized in developing embedded software and controls for powertrain systems, and experienced in technology for the Formula E. TeKshift itself is an expert company in the classic-car-to-EV conversions. 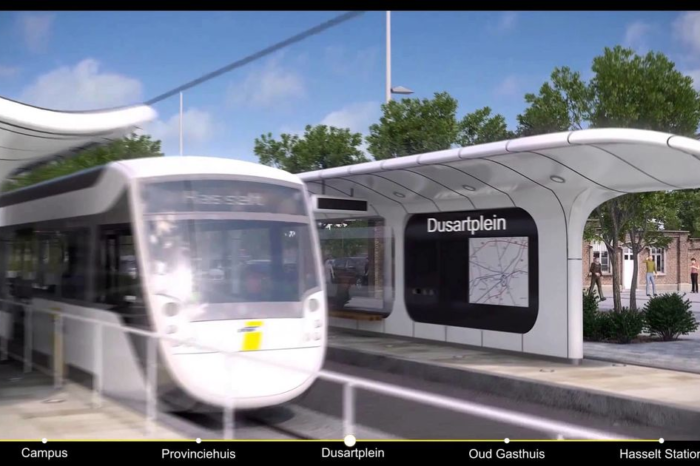 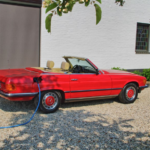