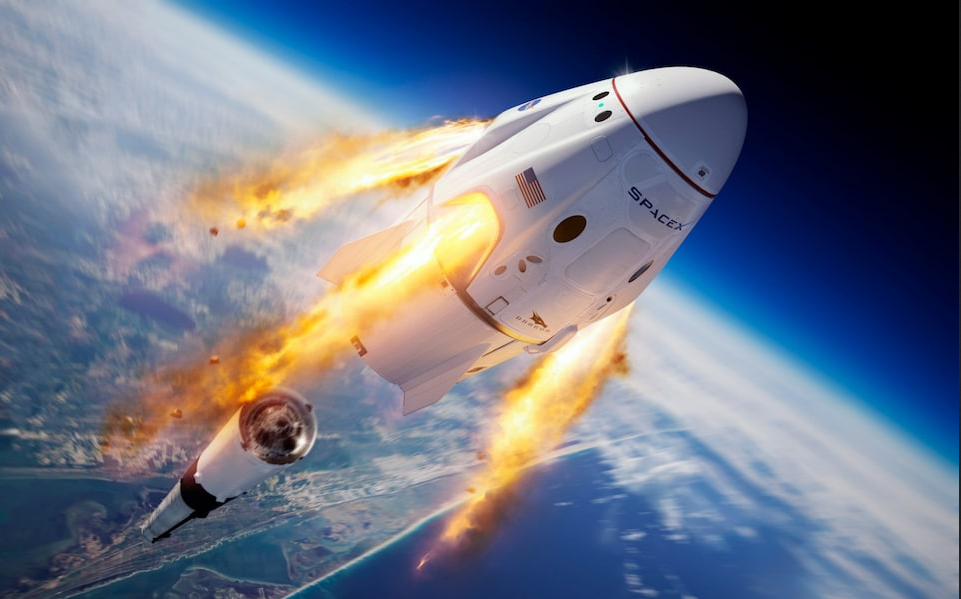 Musk’s SpaceX will be launching the first manned Crew Dragon to the ISS space station on Wednesday. In case something goes wrong during the flight, the capsule can detach and return to earth independantly /SpaceX

Wednesday, 27 May, should have been a milestone for Elon Musk as he realizes one of his early dreams that originated even before he started Tesla: sending humans into space. But the weather put a spoke in the wheels and the launch of the SpaceX Crew Dragon was to be postponed to the next ‘window’, on Saturday.

It’s a milestone too for America and NASA, as the last launch of astronauts from the US with the discontinued Space Shuttle dates back to 2011. Since then, NASA is paying the Russians $86 million (€79 million) a seat for a lift with the Soyuz rocket to go to the International Space Station (ISS). With Musk’s Crew Dragon, it will be a bargain at $55 million (€50 million) a seat.

A lot at stake

For SpaceX, there’s a lot at stake, as this is the final proof for six ‘operational missions’ to the ISS under the $2,6 billion (€2,3 billion) contract with NASA. SpaceX gives its competitor Boeing the go-by, as the latter is not ready to launch its human-crewed CST-100 Starliner capsule before 2021. However, it got a similar $4,2 billion (€3,8 billion) deal with the space agency.

The two astronauts, Robert Behnken (49) and Douglas Hurley (53), both former US Air Force test pilots, and already familiar with space travel were closely involved in the testing of the SpaceX Crew Dragon.

After a 12-minute trip into space with the Falcon 9 rocket, they will stay for 19 hours in orbit with the Crew Dragon before coupling to the ISS. There, they will be staying for one up to four months. How long will depend on when the next crew will be ready to leave earth.

The SpaceX Crew Dragon has no official links with the electric Tesla cars as such, but Musk’s stamp is clearly on it. The sleek design of the capsule, the Spartan look of the seven-seater inside, and its large touch screens, it all breaths Tesla-like show elements.

Not to mention the sleek astronaut pressure suits and the custom 3D-printed helmets, created by Hollywood costume designer Jose Fernandez. He worked on designs for Batman, X-Men, and Thor movies, among others. And by bringing the astronauts to their Crew Dragon in white Tesla X electric cars, Musk ensures the whole world has no doubt who’s stealing the show.

Both astronauts will return with the Crew Dragon as the final proof of ‘homologation’ for NASA. Crew Dragon is to land in the ocean the traditional way of the Apollo capsules, hanging at several parachutes.

The Falcon 9 rocket itself will have returned the day of the launch itself, landing on a floating platform. Making rockets like this reusable is a dashing exploit on itself, something Elon Musk already envisioned at the very beginning.

It wasn’t smooth sailing all the way for Musk and SpaceX, however, since he put $100 million (€92 million) of the $160 million he got for selling PayPal to eBay into his space adventure. That was even a year before Tesla, in 2002. The real dream of Musk was – and still is in a way – to settle a city on Mars and live there. And the first hurdle to take was building an ‘affordable’ – why not reusable – rocket.

The first three launches of his Falcon 1 rocket, between 2006 and 2008, failed before the fourth succeeded later that year. The fifth managed to bring the first satellite into orbit for the young company. But it’s thanks to NASA’s 2005 funding program for private companies developing ways to get cargo into space and its belief in the start-up that kept SpaceX ‘afloat’.

Since 2010, NASA spent $6 billion (€5,5 billion) for helping commercial companies to develop a way to bring astronauts to the ISS and for space missions beyond that in the future. SpaceX and Boeing got the most out of this funding and remained the two preferred launching partners for NASA. 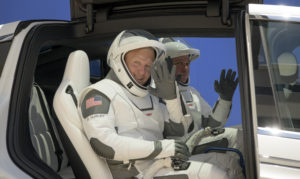 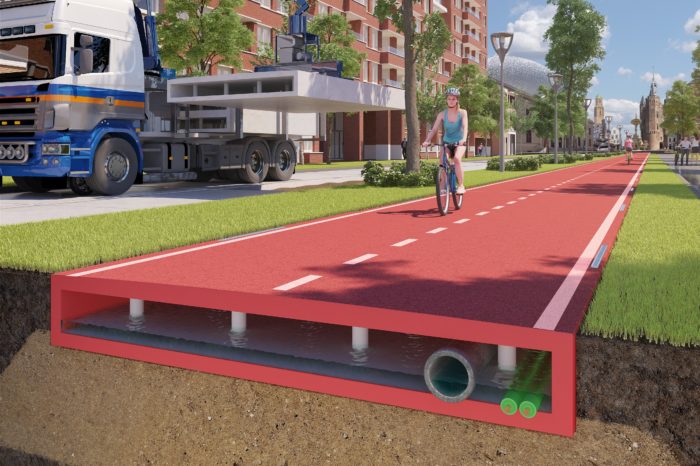 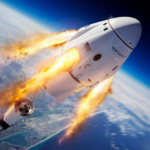