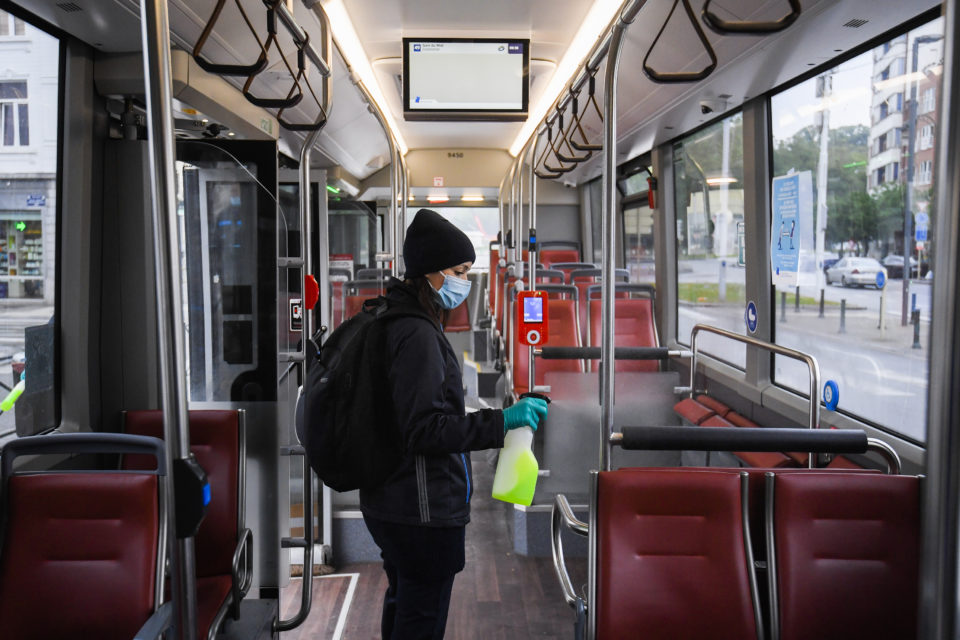 The health crisis and social distancing rules have put a dent in the progression of the Stib/Mivb and in public transport in general as passengers now prefer other means of transport deemed safer, such as cycling or walking. /Belga

While 2019 has been a record year for the Stib/Mivb with more than 433 million passengers transported, 2020 might end up to be one of the worst years. Since the beginning of the lockdown, numbers are down to 10% of what they were before for the Brussels transport operator. According to CEO Brieux de Meeûs, it will take 18 to 24 months to regain normality. In Flanders, De Lijn notes a 35 million euro shortfall.

With the Covid-19 health crisis, the lockdown that followed and social distancing, public transport’s passenger numbers have plummeted. For the Stib/Mivb, 2019 has been a record year with 433,5 million passengers transported, which represents a 4% increase compared to the previous year with 16 million additional trips.

At the height of the lockdown, the Stib/Mivb numbers fell to only 10%. Since May 4, passengers are coming back to buses, trams, and subways, but the resurgence is very slow with 37% of the average passenger count. Wariness remains. A VUB study with 614 respondents shows that 40% of them will no longer take the subway in the post-corona era compared to 12% for the train. On the other hand, cycling and walking have become more attractive.

“We already knew a difficult situation with the 2016 attacks. But the effects of the health crisis are of another type. It will take time, maybe 12 to 24 months before we will see a return to normality. People need to regain confidence, not just in transport, but also in all their daily activities. Until then, we have to meet the demand and keep our level of service. There is no question of restructuring,” explains the Stib/Mivb’s CEO, Brieux de Meeûs.

With revenues getting thinner and budgets being reassigned on all sides, the temptation to postpone certain investments in mobility is very much present. However, the CEO reassures and explains that investments and upgrades will continue as planned, but delays aren’t excluded.

“The government is going to have to reposition itself on a lot of things, there will be a lot of shifts in the budget. We will need to see if it’s still a priority,” details the CEO on the matter of the free public transport for Brussels residents under 25 and over 65.

In Flanders, the public transport operator has had a look in the books and calculated to cost of the coronavirus crisis. According to De Lijn, the crisis created a 35 million euro shortfall. An amount that the Flemish government said it would cover.

“We don’t know yet the exact duration of the crisis’ impact. A monthly settlement will be given to adjust the deficit,” declared Flemish Mobility Minister, Lydia Peeters (Open Vld). 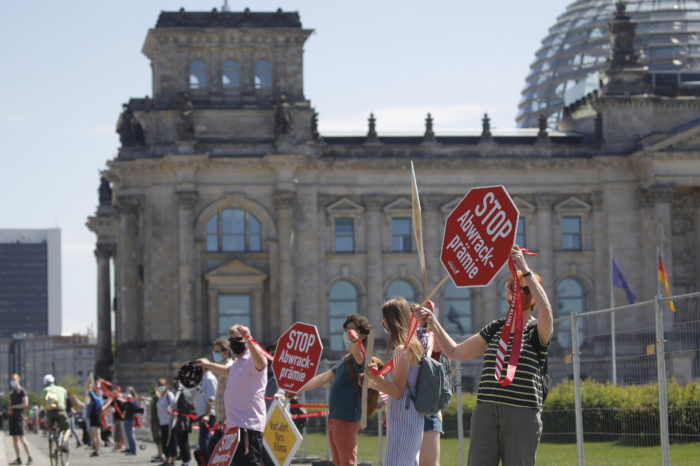 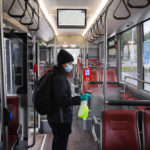