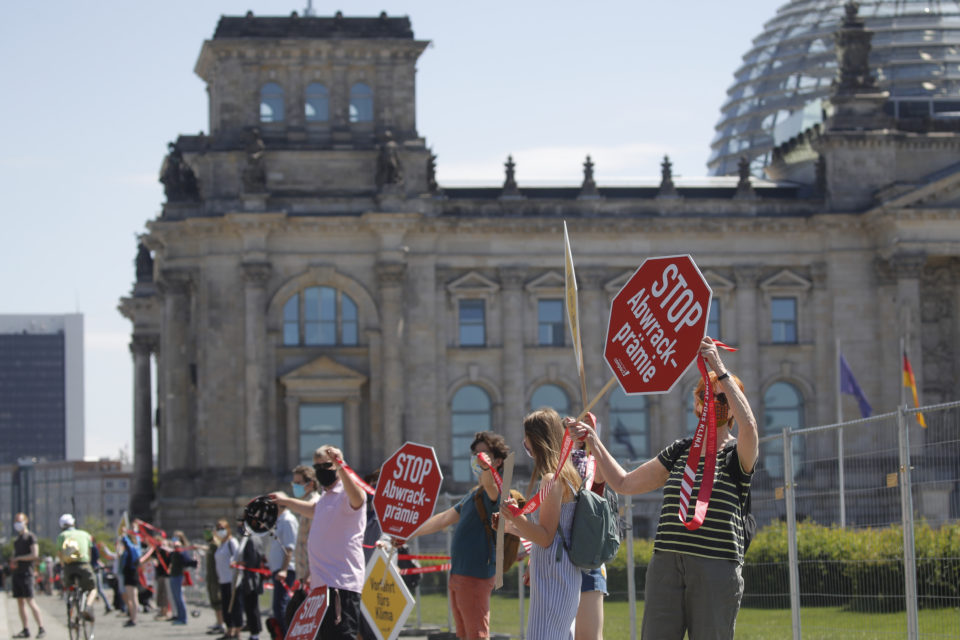 Demonstrators build a human chain in front of the Reichstag building housing the Bundestag (lower house of parliament) in Berlin on June 2, 2020 as they protest against the German government’s rescue plans for the car industry / AFP)

The German government seems seriously divided on the question of whether or not to give (additional) financial aid to the car sector. The latter hoped for a scrapping premium or another incentive for all new cars, but one coalition partner (SPD) is against it.

Green organizations of all kinds have demonstrated in Berlin, forming a human chain from the Parliament to the headquarters of the German car federation VDA. They are against all measures stimulating the sales of new cars and particularly those which still have an internal combustion engine (ICE).

The last point has the ear of the social-democrat party: if there will ultimately be a premium to promote the sales of new cars, they will have to be green.

Others do it, why don’t we?

The advocates of additional help for the automobile sector are, of course, pointing to what the Macron government decided last week in France. That’s why Economy Minister Peter Altmaier (CSU) has put forward a proposal of subsidizing the purchase of a new car.

It is not very clear how these measures would be harmonized with other incentives. Some are already in place in Germany to support the sales of cars with alternative propulsion.

Despite the lukewarm reaction of the SPD coalition partner, the share value of several car manufacturers already rose by 6 to 9% on the stock market.

Within the sector, a lot of people are afraid that, when Germany isn’t reacting, they will be overruled by the French. Macron wants his country to become the biggest producer of green cars in Europe in 2025.

The Germans can’t let that happen, but the problem is they still have a lot of heavy, big cars with powerful ICE engines in their portfolio, not the kind of car with which you can create a green image. That’s the dilemma the green movement is, of course, pointing at. 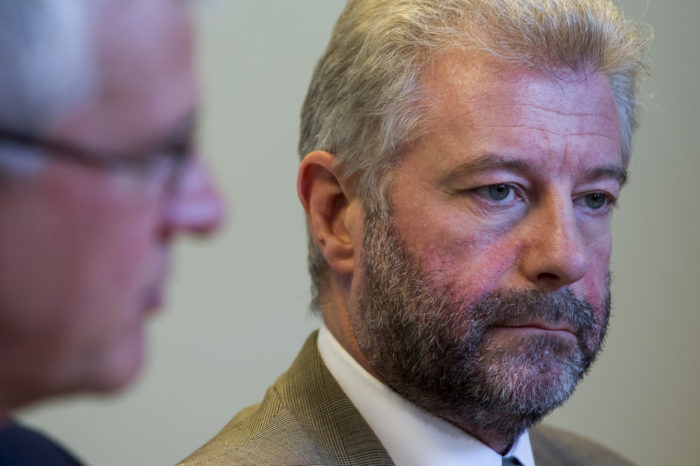 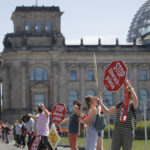