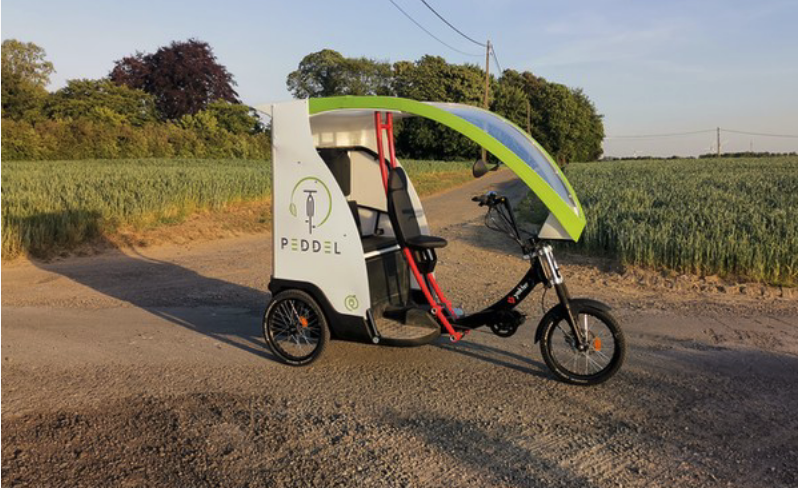 From now on, this Peddel will offer taxi services in the Belgian city of Nivelles. The intention is to use more of these electric rickshaws in the long run /Peddel

In the Belgian city of Nivelles, the ‘Peddel’ project was unveiled on Wednesday by its founder Samy Touri and the municipal authorities of Nivelles. The idea is to put into service an electric rickshaw to ensure not tourist trips as in some cities but the daily transport of people as taxis do.

The ‘Peddel’ has three wheels and can take two people in the back in addition to the driver who is pedaling, and whose effort is assisted by an electric motor. The vehicle is equipped with two rechargeable batteries giving it a total range of around 50 kilometers. The operating radius is limited to the center of Nivelles and its outlying districts.

The first test vehicle is now in service and can be booked via the project’s Facebook page or by phone (0456/21 18 99). Eventually, a mobile application will enable requests to be processed quickly. The starting rate is 3 euros for the pickup, plus 1 euro per kilometer. The designer hopes to reach 30 taxi rides a day and to have ten Peddels into circulation in Nivelles by 2022.

Samy Touri also has a clear objective to expand in the long term to other cities in Walloon Brabant, notably Ottignies-Louvain-la-Neuve. The initial investment was 25 000 euros, including 10 000 euros for the first vehicle. The concept is already proposed in France, but, according to Touri, the use of an electric rickshaw to transport people daily is a first in Belgium. 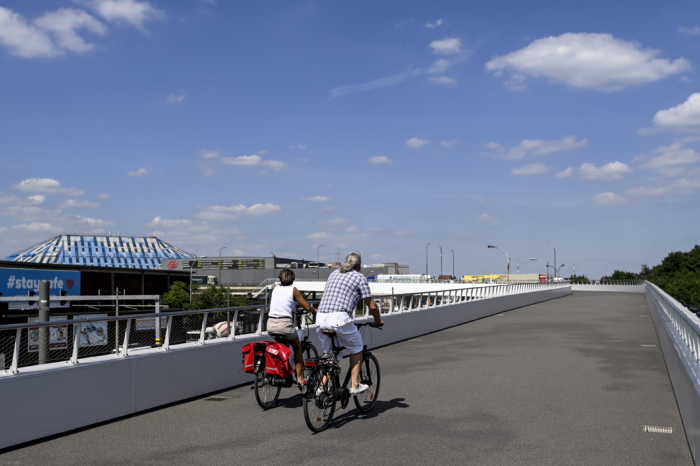 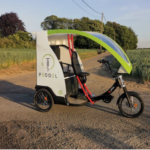