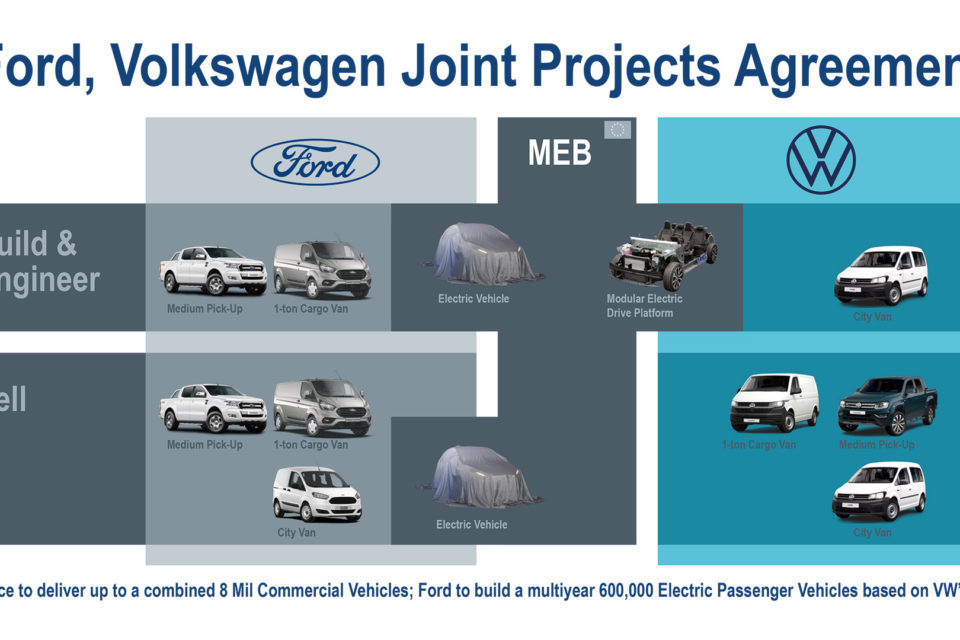 Ford and Volkswagen have signed agreements that expand their global alliance for building midsize pickup trucks, commercial vehicles, and electric cars.  Ford and Volkswagen first announced the plans at the beginning of last year. The two automotive groups already work together on autonomous technologies, through Argo AI.

Ford leads the European light commercial vehicle (LCV) market, and VW is in third place, behind Renault. The VW/Ford alliance does, however, not include cross-ownership between the companies. They will remain competitors in the marketplace. Earlier this week, the EU had reservations about the PSA/FCA merger, which could have a light commercial vehicle market share of 34%.

In practice, Ford will develop and produce the next-generation Ford Ranger and VW Amarok. These ‘mid-size’ pickup trucks have become very popular. The American car manufacturer will do the same for the future 1-ton LCV models Ford Transit Custom and VW Transporter. Volkswagen will develop and build replacements for the small vans VW Caddy and Ford Transit Connect.

On the electric car front, Ford will get access to VW’s electric Modular Electric Drive (MEB) platform. VW’s ID.3 model is the first to be built on this platform, and it will be the basis for most of the group’s future electric cars. Ford will use it to build an additional electric car for the European market by 2023. It has already launched a proprietary Mustang Mach-e electric crossover.

The agreement between Ford and VW will bring economies of scale for both groups, and reduce individual development costs. During the lifecycles of the joint commercial vehicle projects, the companies expect to produce up to 8 million of them.

Ford’s use of the MEB platform adds to VW’s electric vehicle strategy. Over several years, Ford could build 600 000 electric cars on the platform. The more vehicles that are produced, the more profitable MEB will be since its development costs can be spread over more vehicles. Volkswagen and Ford plan to explore additional ways to cooperate on electric vehicles. 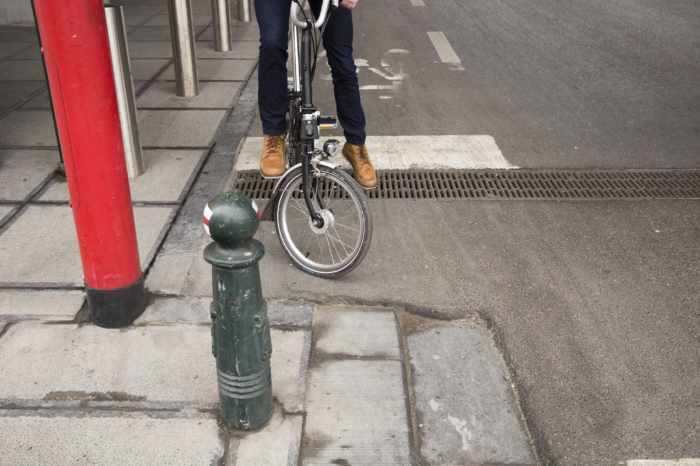 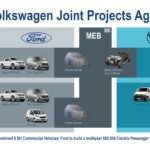