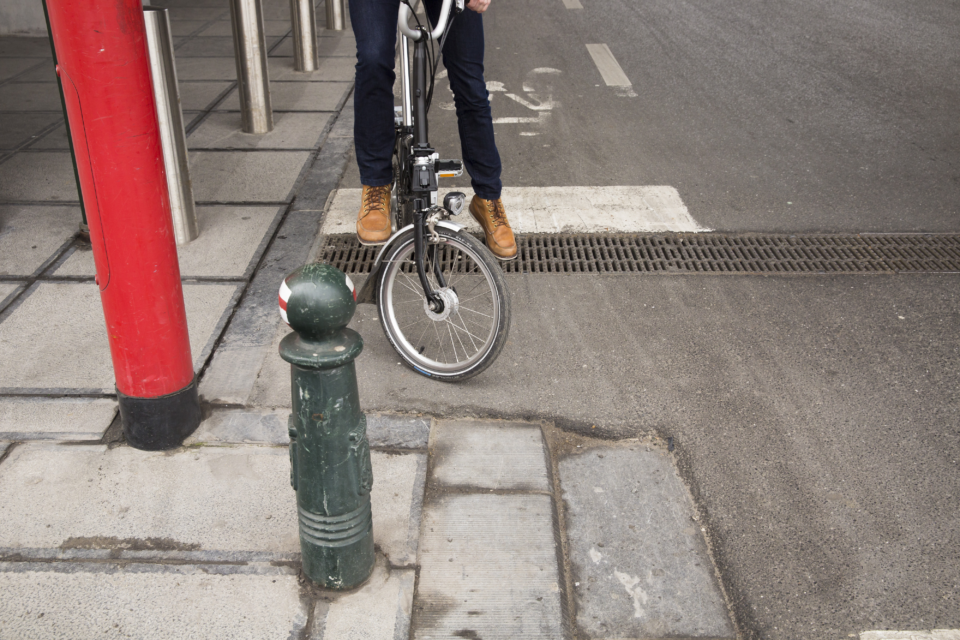 83% of cycling accidents on Belgian and Dutch roads do not involve a motorized vehicle. This is shown by an analysis of hospital admissions by the Vrije Universiteit Brussel (VUB) and UGent, together with Utrecht University, and the Dutch Foundation for Scientific Research on Traffic Safety. Usually, these are ‘one-sided’ accidents, falls without other people involved, or collisions with an obstacle.

In other words, it is not cars, but holes and bollards that most often lead to cycling accidents. Nearly seven out of ten crashes, in which a cyclist has to be hospitalized, involve a crash without other persons involved or a collision with an obstacle.

“Bollards are very dangerous,” says Professor Bas de Geus, who carried out the research for the VUB. “They are often placed in the middle of the cycle path to stop cars. But a collision with them at 20 or 15 km/hour often has serious consequences. It’s like colliding head-on against a wall.”

The number of ‘one-sided’ cycling accidents, which does not involve a car,  increases sharply, especially during autumn and winter, when there are leaves on the road or there is black ice. This is not only the case in Belgium and the Netherlands but throughout Europe.

Striking: cyclists are hardly aware of this. The researchers conducted a survey of nearly 2 000 Belgian and Dutch people over 40 years of age. 63% of the Flemish respondents, and even 71% of the inhabitants of Brussels, wrongly think that it is mainly the collisions with cars or trucks, in particular, that can have serious consequences.

To explain this erroneous perception, De Geus points to the official accident statics, which are distributed in Belgium by traffic institute, Vias, and on the basis of which most people form a picture of road safety.

These official statistics are only based on data from the police. In this data, cycling accidents in which no motorized vehicle is involved are heavily under-recorded. “There are even fatal crashes by bicycle without the police being involved, and they do not end up in the statistics,” says De Geus.

After all, when a car is involved in an accident, the owner of the car usually wants to appeal to the insurance. That is why he would like a police report to be submitted to his insurer. With cyclists, this plays much less of a role, hence distortion of the statistics.

Infrastructure not at the point

Moreover, the resulting erroneous perception could increase the number of one-sided cycling accidents. “Cyclists adapt their driving style to the potential dangers they expect in their surroundings. Those who cycle without cars in the neighborhood feel safer and may, therefore, cycle more recklessly.

Cyclists should be better aware of this, but it also puts the spotlight on the importance of safe infrastructure. “In autumn and winter more attention should be paid to keeping bike paths clean,” says De Geus. “And they have to be smooth – without bollards, holes, or embroidery.”

That’s where the shoe pinches. According to the latest measurements by the Agency for Roads and Trafic, 40 % of bicycle paths in Flanders are in ‘insufficiently’ good condition. In particular ‘unevenness such as holes or subsidence’ is problematic. 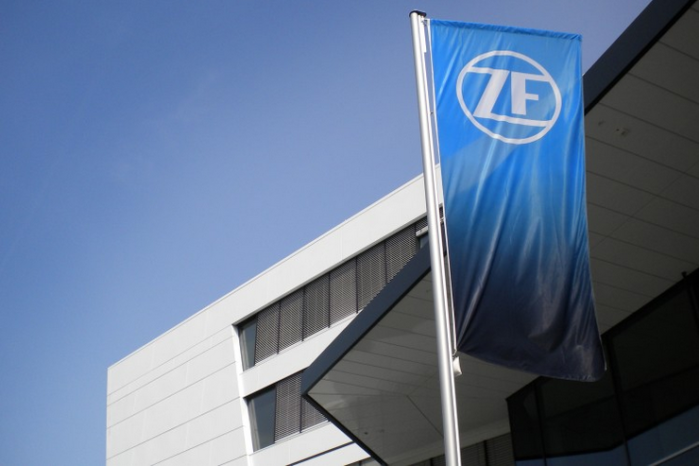 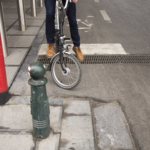