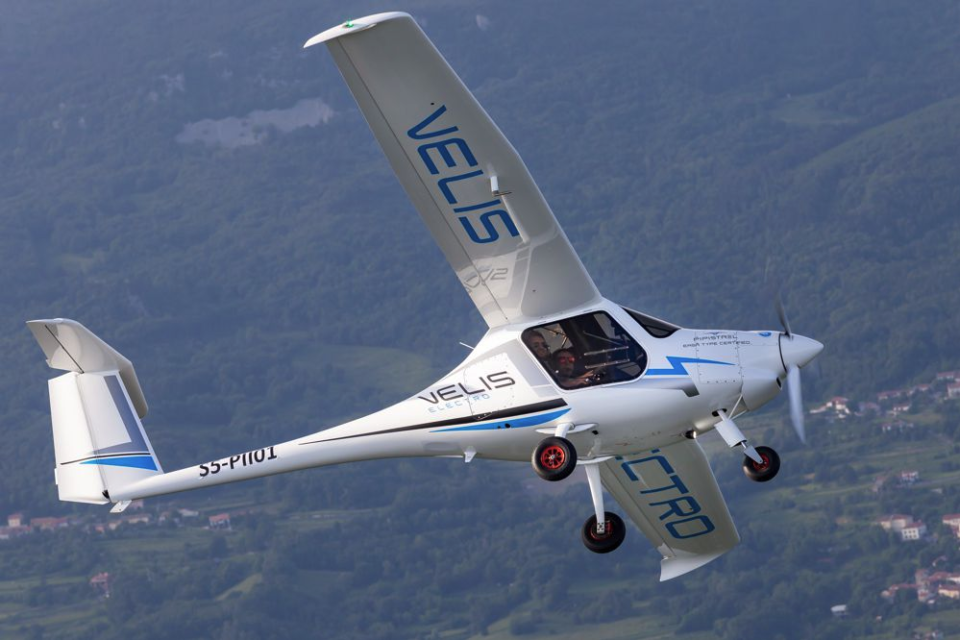 Slovenian small aircraft builder, Pipistrel Aircraft, has its Velis Electro certified by the European Union Aviation Safety Agency (EASA), a world’s first for a fully battery-electric airplane. It’s a two-seater for pilot training mainly, that will take off instantly with 31 planes delivered in seven countries before the end of 2020.

The plane is a variant of Pipestrel’s Virus SW 121, a 100 hp fuel-engine powered propeller plane, that itself was designed with characteristics like a glider to minimize fuel consumption and noise.

The Velis Electro uses a water-cooled 57,6 kW (96 hp) electric motor developed by Pipistrel, together with the Slovenian electric aircraft engine manufacturer, Emrax, and R&D company Emsiso. The motor itself weighs only 20 kg and is ‘fed’ by two batteries – one in the nose and one behind the cockpit – with a total capacity of 24,8 kWh.

The whole two-seater plane weighs 428 kg, and has a maximum takeoff weight of 600 kg, meaning the two pilots shouldn’t be ‘oversized’, as 172 kg is the maximum load capacity.

50 minutes in the air

With a full battery load, it can remain airborne for some 50 minutes, plus the required so-called VFR (visual flight rules) reserve. The propellor is designed for regenerative braking – like engines in electric cars – winning back up to 13% of the electricity during descending. Fast charging can be done in 45 to 60 minutes.

Like an electric car, it has the advantage of not needing a warm-up procedure, delivering instant power and torque, and needing less maintenance than an ICE engine, while having less moving parts.

According to Pipistrel, the “reduced number of moving parts dramatically decreases maintenance costs, and the risk of malfunctions is further minimized thanks to its built-in continuous health-monitoring system.” And it is quiet. Making only a sound of 60 dB(A), it’s hardly noisier than an electric toothbrush.

The certification process in close cooperation with EASA took ‘only’ three years, which is considered fast in aviation. “This was a truly ground-breaking project, which has yielded many learnings for the future certification of electric engines and aircraft, undoubtedly a growth area in the coming years in line with the aims of environmental protection,” Dominique Roland, Head of General Aviation at EASA says in a press release.

Around the world, there are several aviation manufacturers working on electric planes or VTOL (vertical takeoff and landing) ‘taxis’, but this Pipistrel Velis Electro will be the first certified, and to be regularly used. First to do this – the so-called launch customer – is Swiss pilot school, AlpinAirPlanes GmbH, that will deploy 12 planes at 10 different airstrips in the country.

But this doesn’t mean we’ll see the noisy classic jet-propulsion airplanes replaced by quiet zero-emission electric planes soon, as the weight of the batteries and the limited range makes the technology only suitable for small aircraft on short routes.

Hybrid planes are an option, but European airplane manufacturer, Airbus, and British jet engine builder, Rolls Royce, just pulled the plug of the E-Fan X project, a hybrid plane that should have made its first test flight in 2020. The demonstration plane should prove it is possible to replace one or more traditional engines with an electric one to save on fuel and limit CO2 emissions. But it didn’t survive the corona crisis.

Another line of thinking is a zero-emission hydrogen-powered airplane. That’s something Airbus believes to be a challenge, but feasible by 2030, as French President Macron insists on while granting the aeronautics industry a €15 billion ‘bit of encouragement‘. 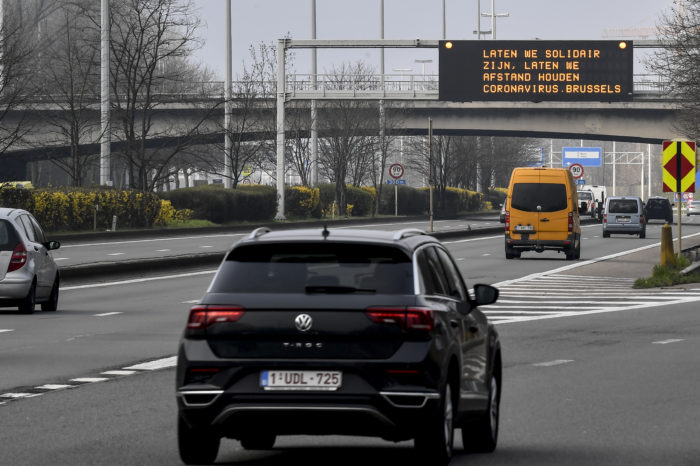 'Air pollution in EU not up yet after relaxing corona measures' 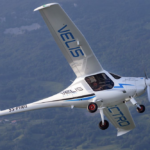