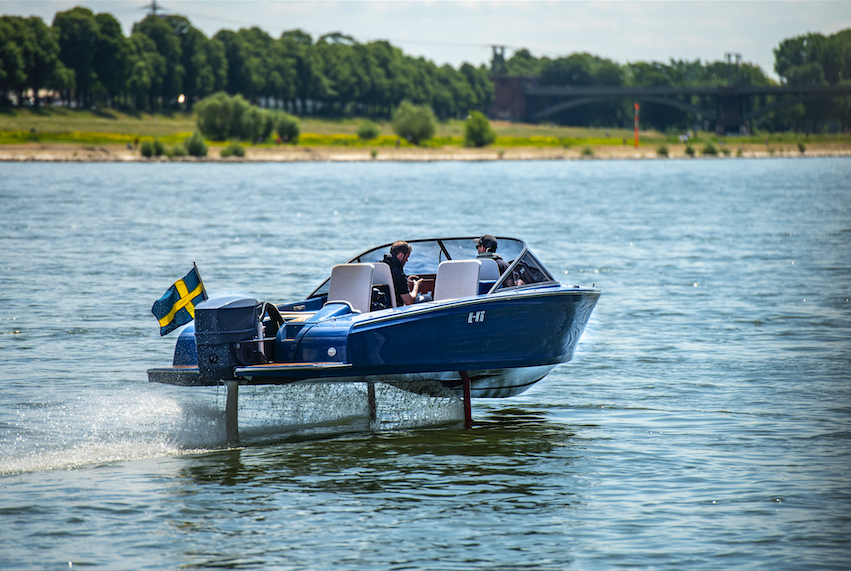 ‘Flying’ nearly noiseless over the water at 30 knots (55 km/h) with a 100% electric hydrofoil speedboat. Tesla-feeling on the water. It’s what the Swedish Candela Seven is promising and delivering. And this while consuming less than 10 euro cents of electricity per nautical mile. With a classic combustion engine, such a boat would consume 18 times more gasoline than a family car.

Like in automotive, the maritime sector is beginning to explore the vast potential of a transition to sustainability. Swedish Candela claims to be the first to have a 7,5 m long planing recreational boat that delivers completely zero-emission speedboat performance at a fraction of the fuel cost of a conventional boat. A saving of 95%.

The boat, seating five people comfortably, has a rather classic speedboat design at first sight but features quite state-of-the-art technology. Like in the Tesla cars, the dashboard is a 12-inch touch-screen with all technical and navigational controls combined, including the sea charts. The outboard is a 55 kW fully electric engine with a 1,2-meter shaft.

More important is what you don’t see when the boat is lying in the water: the retractable hydrofoils. These lift the boat half a meter above the surface once a speed of 17 knots (31 km/h) is reached. No slamming on the waves like conventional speedboats, but flying over it almost unnoticed as long as they don’t exceed one meter of height.

While not cleaving the waves, a 50% reduction in energy consumption is achieved, which makes the use of a fully electric battery-powered engine, a sensible solution for having an acceptable range. In the case of Candela Seven, that would be some 50 nautical miles or 92 km at a cruising speed of 20-25 knots.

That is, says the Swedish, four times more than the average electric boat today. They mounted a 40 kWh lithium-ion NCA battery, weighing some 230 kg. Nevertheless, by using carbon fiber, the boat in total weighs only 1 100 kg, while a conventional glass fiber speedboat like this with inboard or outboards easily weighs 1 500 kg.

Riding above the waves on a jetfoil is normally quite unstable by nature, but ‘taking off’ and ‘landing’ are controlled automatically by the boat’s software. A patent-pending foil control system controls the height, roll, and pitch of the boat.

A state of the art flight controller captures the boat’s movements from seven sensors, and the position of the center and aft foil are updated at 100 Hz “resulting in a very smooth and steady ride even in the rough wind and sea conditions.”

Connected to the cloud

And like a Tesla, the Candela Seven is connected to the cloud all the time, enabling high-frequency data logging and making it possible to push software updates. A dedicated app is showing charging status, boat position, data logs, and geofence options.

They started developing the Candela Seven back in 2014. Since March 2019, ten Candela Seven speedboats are delivered to customers in Sweden, Finland, Austria, the US, and the British Virgin Islands. If you want one, you’ll have to count on a €245 000 budget. That’s still almost three times the price of a Tesla S. 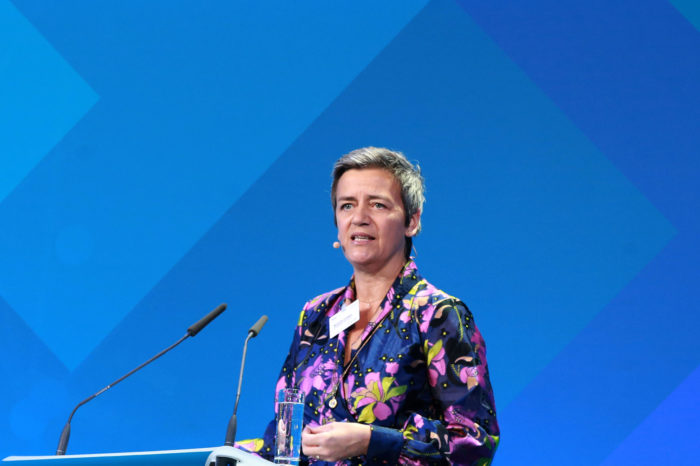 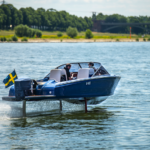