Group Bruno is planning to conquer the Belgian NMBS/SNCB stations with its Bruno Food corners like the one that recently opened in the train station in Genk. Hurried train travelers can order a meal on the train and pick it up when they arrive /Bruno

Group Bruno is joining forces with national railway company NMBS/SNCB to exploit Bruno’s Food Corners in the Belgian train stations. The company recently opened a bistro in the station of Genk; the establishment in Sint-Niklaas is the first one outside the Limbourg province.

The concept was presented by Giuliano and Angelo Bruno during the official inauguration of Bruno’s Food Corner in Genk. Train travelers can order a meal on the train through an app and pick up their food once they arrive. Food is served in the blink of an eye to please hurried customers. Preparing a pizza only takes four minutes.

“Sint-Niklaas is getting the first Bruno’s Food Corner outside the Limbourg province,” Giuliano Bruno explain. “Our goal is to spread the concept over the entire country.”

The Genk Mayor, Wim Dries, compared the first Bruno’s Food Corner with McDonald’s. “The first one opened in 1948 in San Bernardino in the US,” he said. Meanwhile, there are 37 000 McDonald’s hamburger restaurants in 120 countries. I hope that the city of Genk can write history in the national or maybe even international growth of Bruno’s Food Corner.”

Group Bruno was founded in 1988 and exploits 21 gas stations and just as many food corners, so far only in the province of Limbourg. The company employs 500 people. Last year, the company’s turnover was 130 million euros. 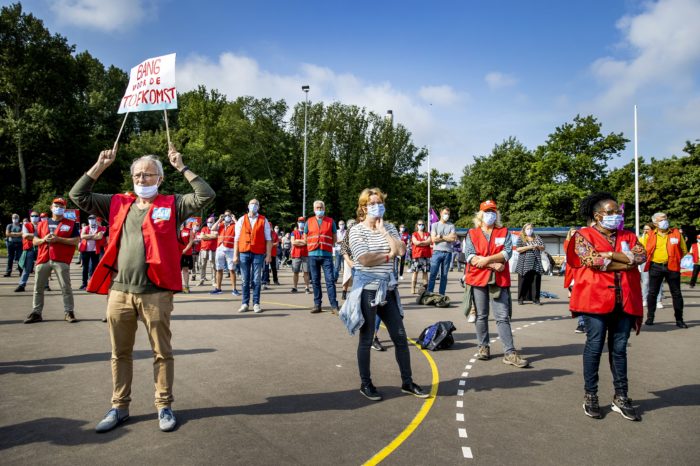 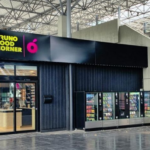