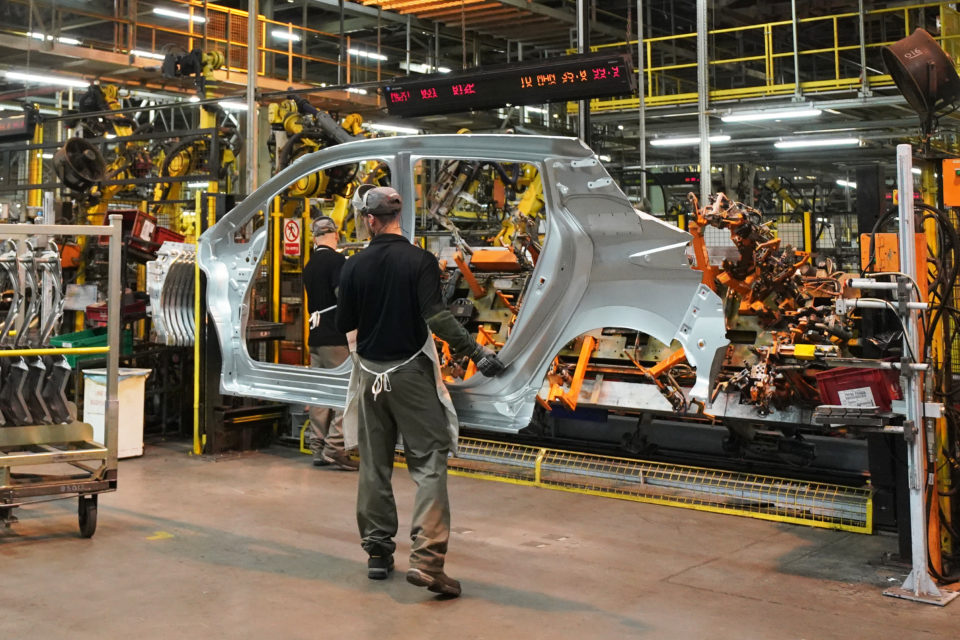 Picture of the assembly line in the Nissan Sunderland factory, still one of the strong pillars of an ailing British car industry /Pressassociation

The British car industry is at the edge of the abyss. Squeezed between Brexit, Covid-19, and the electric transition, it is really fighting for its survival. The lonely bright star at the firmament remains Nissan Sunderland, but for how long still?

Like in all other countries, the closure of the showrooms during several months, and the decline of diesel sales have already provoked a severe crisis. Now, at the end of the year, Brexit is looming. “Our industry is not capable of absorbing another shock like a no-deal Brexit,” says Mike Hawes, the director of the British Society of Motor Manufacturers and Traders (SMMT).

In June alone, 6 000 job losses were announced. According to SMMT one-third of the total workforce in the industry is on temporary unemployment. One out of six (of in total 160 000 jobs) would be in permanent danger, a survey among members shows.

For years now, Great Britain has no great brands of its own anymore. Still, since 1980, driven by Margaret Thatcher, it has built a car assembling/manufacturing industry totaling 1,7 million vehicles per year in the best years. That’s far away from Germany (4,2 million) but not so far under France (2,2 million).

In turnover, the British even got passed the French, while many expensive cars are built in the UK (Bentley, Rolls-Royce, Jaguar Land Rover, etc.). The latter represents, together with Nissan, two-thirds of the production.

The first signs of a threat were already showing before the corona crisis. Investments in the car industry were almost at zero last year. The corona crisis accelerated everything. First, no sales, no production, now production is at 50% because of the distancing measures.

Hoping for an agreement

Today, not all plants have reopened yet. Vauxhall’s Ellesmere (PSA) will be closed until September, one of the JLR factories stays closed until August. That’s why the sector asks for a relaunching project in the short term and, more importantly, a free trade agreement with the EU.

A no-deal Brexit would lead to halving the production in 2025 to 850 000 units, the lowest level since… 1953. With a deal, this more optimistic scenario would nevertheless be far lower than the 1,5 million vehicles on average for the period 2014-2018.

Until now, Nissan Sunderland seems to survive everything: the coronavirus, the Brexit threat, and on top of that, a violent restructuration of Nissan Europe, resulting in the planned closure of the Nissan plant in Barcelona.

With its output of 350 000 cars in 2019, giving work to 5 700 people, the Sunderland factory is one of the biggest in the world. Juke, Qashqai, and Leaf are produced there. At the same time, it’s one of the most profitable factories in the world, hence its enduring existence.

That’s why Nissan has still been investing heavily in the plant with a new assembly line. The next Qashqai will again be built there. Many Brexiteers see in these facts the perfect example that Brexit will work. They are erring.

Nissan notes that it will be very careful with other investments in the future, depending on the trade conditions. For the time being, Nissan has invested too heavily in Sunderland to abandon ship, and it simply made much more money than the undercapacitated Barcelona.

The big question is, where will Nissan invest in the future? The production in Sunderland has already seriously diminished since the top years of 600 000 units. What will Nissan do when its new Qashqai bestseller will end in 2026? And, will it still be a bestseller then? 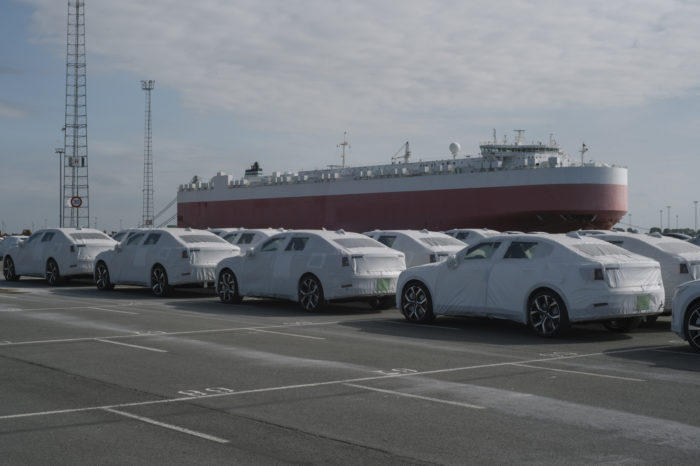 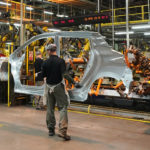