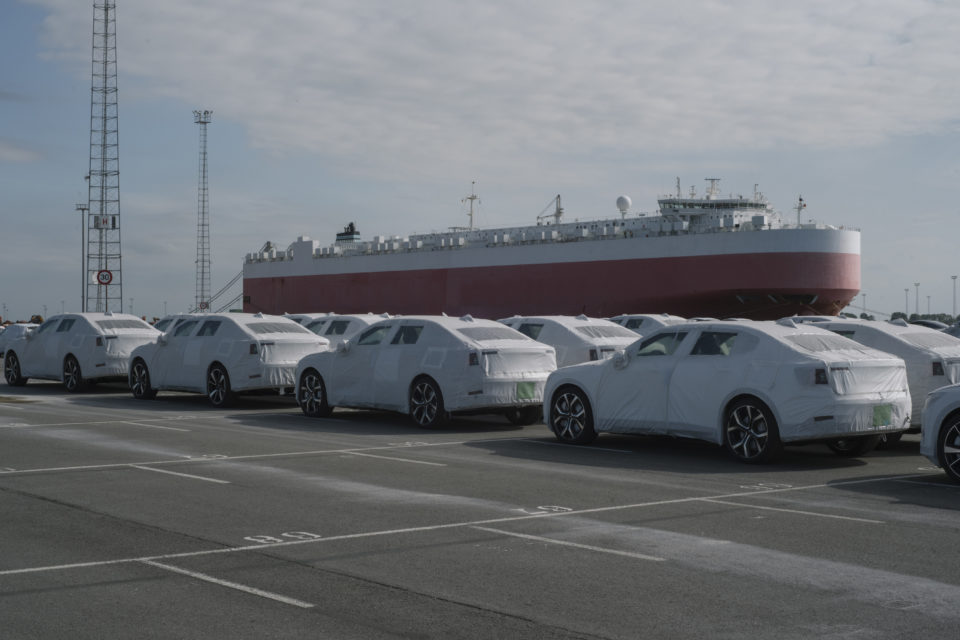 A first batch of 599 Polestar 2 models have arrived in Zeebrugge. The Tesla Model 3 competitor is ready to conquer Europe /Polestar

On Friday, 599 Polestar 2 models arrive in the Belgian port of Zeebrugge. It’s the first of four similar shipments and signifies the start of the new brand in Europe. The Polestar 2 is a direct competitor for the Tesla Model 3, also arriving in Europe via Zeebrugge.

The new brand is the more premium, purely electric brand of Chinese car manufacturer Geely, and uses a lot of Volvo’s car experience and some parts of the Swedish Geely daughter. But all cars are made in China, although Polestar has clearly chosen Europe to really launch the brand.

“We are very happy to be the competitor of a car like the Tesla Model 3,” says Thomas Ingenlath, the former chief designer of Volvo who has now become CEO of Polestar. “But we don’t want Tesla to disappear, we want people to change to electric. Tesla has been clearing the path, and we can benefit from it.”

“A few years ago, many thought that Tesla would disappear. Today, we see that our car isn’t seen as a competitor of the BMW 3-Series but of the Tesla Model 3. That the latter has become so popular, is both an advantage and a disadvantage. We appeal to the people who want something different again.”

In this car segment, between €40 000 and €60 000 in price, the competition is not very abundant yet. Apart from Model 3 and the Polestar 2, the Mustang Mach E is the third car in this segment. It arrives in Europe at the beginning of 2021. For other competitors from important manufacturers, we still have to be patient.

“Most other, bigger electric cars on the market are still looking like traditional cars which have been electrified,” Ingenlath continues. “They still have to crack the nut to create a real electric car, conceived as such from the beginning.”

“The difference we make is that we offer a more premium experience. Tesla is very good at marketing; they make people believe that one big info screen is avant-garde. In fact, they did it to save costs. They have very poor lighting, too. We want to be better,” Ingenlath concludes the Tesla chapter.

Online, no showrooms, no dealers

Of course, many people think that cars like Polestar could have been launched as a Volvo too. Ingenlath disagrees: “When you launch a new, different brand, you can tackle things more radically. This turning point into electrification is ideal to launch a new, purely electric brand.”

Polestar will have no classic showrooms nor dealerships. There will be ‘Polestar Spaces’ in bigger cities where people can look at the car and reserve a test ride, but sales are organized online.

Maintenance will be done at specified Volvo dealers, but the Polestar client doesn’t have to go there. At the appropriate time, his car is picked up at home and re-delivered afterward.

The first batch of cars arriving in Zeebrugge is destined for the Scandinavian market, Norway, and Sweden, in particular. Belgium, Germany, the Netherlands, and the UK are next. Switzerland will be served a little later. 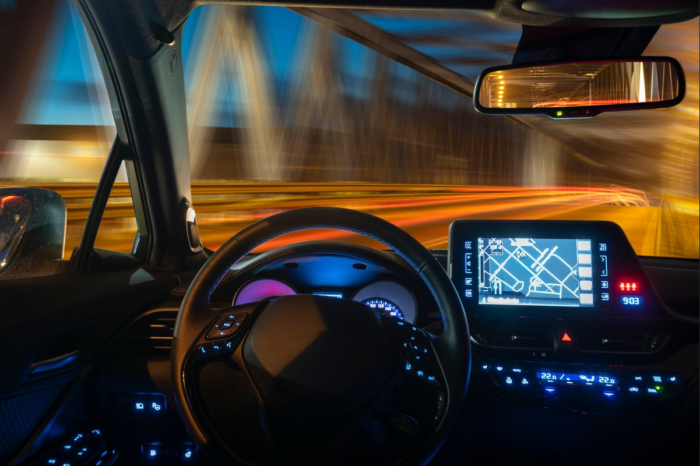 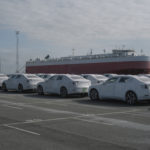