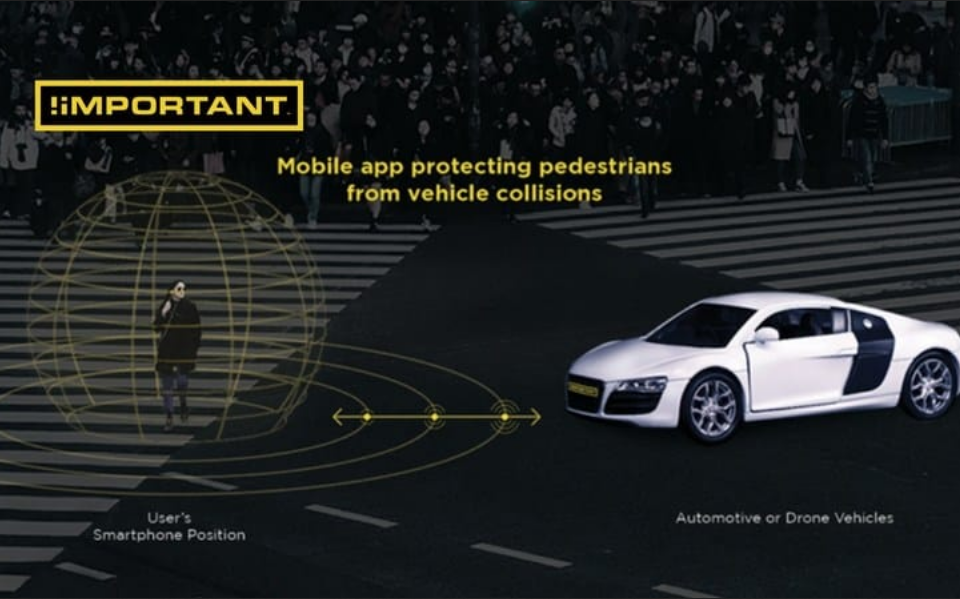 A (free) smartphone app warning connected cars even when there are still out of sight that you’re about to cross their path /!Important Safety Technologies

The smartphone in your pocket warning connected cars ‘Watch out, I’m here’ even when still out of sight. It’s the basic idea for the app ‘!Important’, Canadian Bastien Beauchamp developed. It sends the car your GPS location and eventually could tell it to slow down or to brake automatically.

Beauchamp, CEO of the Berkeley-based (CA) start-up !Important Safety Technologies, calls it a ‘digital seat belt’ that could save thousands of lives. He got the idea for the app in 2018 when he saw the news of the tragic accident with an autonomous car from Uber in Tempe, Arizona.

The accident happened on a Sunday evening in March 2018 at less than 100 meters from a crosswalk. 49-year-old Elaine Herzberg was crossing the street in the dark with her bicycle at her hand. The Uber self-driving car hit the woman at nearly 40 mph (65 kph) without braking. Herzberg died of her injuries in the hospital.

The sensors and cameras on the car picked up the pedestrian a fraction before the impact, but the software failed to recognize it as such. The Uber software couldn’t ‘imagine’ that a pedestrian would walk outside the marked crosswalk to cross a dark street. So it reacted too late.

The driver wasn’t paying attention to intervene, and even if she had in these circumstances, the accident couldn’t have been avoided, police reports stated. So what if Elaine Herzberg would have had a smartphone that sent a warning to the oncoming vehicle long before the car’s sensors could spot her?

Bastien Beauchamp points at a French study dating back from 2003, stating that in accidents with pedestrians killed, in 35% of all cases the driver is responsible for it. Most of these could be avoided with the in-car technology used in autonomous cars. More difficult is 28% of cases where ‘visual blockage’ was at stake, the driver’s sight was blocked by objects like parked cars, for instance.

Another major issue is the ‘unpredictable behavior’ of the pedestrian (26%), and a fourth factor are ‘problematic weather conditions’ (11%). Heavy snow or rain, for instance, can make vehicle-based technologies like sonar, lidar, radar, & cameras used in autonomous cars fail even today.

The free app !Important that the young company just released in beta for Android and iOS uses the GNSS (Global Navigation Satellite System) chip of the smartphone to broadcast an exact GPS position to nearby connected cars. The data are encrypted and strictly anonymous.

GNSS is an umbrella term that encompasses all global satellite positioning systems, including GPS (US), GLONASS (Russia), Galileo (EU), BeiDou (China), QZSS (Japan), and IRNSS (India). Depending on the smartphone model and age, it can use one or several positioning systems or a combination of them, for accuracy.

Accuracy is crucial for technology like !Important is using to be effective. The position should be accurate up to less than a meter when moving, two meters when standing still, the developers found out.

With the five models the young start-up tested and compared with the results of an Arrow Gold RTK GNSS receiver, differences with the actual location could add up from 2,6 to 16,87 meters while moving. It turned out positions were 20% more accurate – picking up more satellite signals – while moving than when standing still.

Actually, it was a Samsung Galaxy Note 10+ that combines GPS with Galileo that gave the best results. But one could question the relevance of the tests, as the others were rather lower-end smartphones. There is still a lot of testing to go through.

The developers warn themselves that a variety of conditions such as the location of the phone and distance of the path – with the phone in a jacket pocket, pants pocket, or even holding in the hand – may affect the accuracy of GNSS.

The average accuracy showed to vary from 1 meter when the phone was held in the hand to 9 meters with the phone in the pants’ back pocket. That’s still a big hurdle to take. The goal is to get to ‘sub-meter’ accuracy to be ‘safety-critical’ to have a car break automatically based on that data in future versions, for instance.

But even if there is still a lot of development to do, with today’s smartphones and the accuracy achieved with it, the app could already save lives, the developers claim. An interesting idea at least, that could get a reality sooner than expected, if picked up by the big players with deep pockets in the communication and automotive sector. 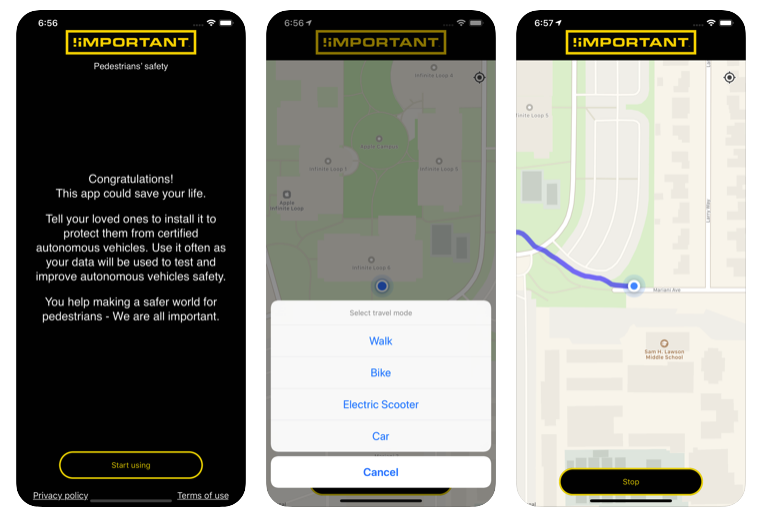 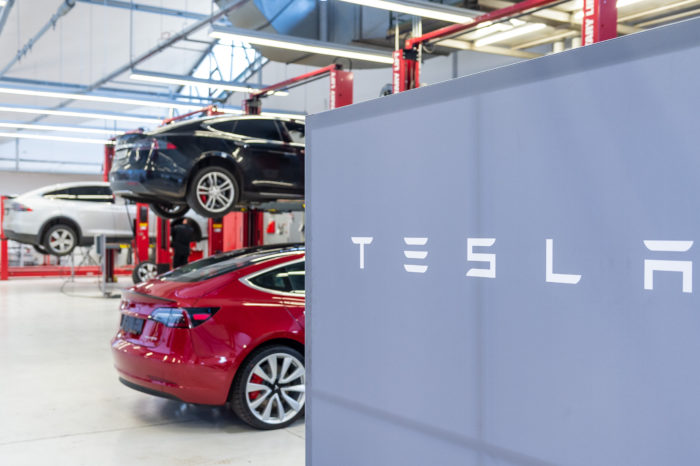 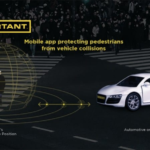