A research team of the Belgian KU-Leuven university has developed a prototype ‘solar panel’ that can produce ‘green hydrogen’ directly out of the air, using the energy of the sun. After ten years of research, it’s ready for upscaling. If Europe is serious about a clean hydrogen strategy for industry and transport to become carbon-neutral by 2050, what are we waiting for?

Hydrogen ‘distilled’ from the air without any emissions, using free solar energy: it looks like that’s just the thing. Genius. The technique is called ‘direct solar hydrogen production’, and while several start-ups in the world are experimenting with it, none landed as far as the Belgian researchers who get it directly out of the air without using water as such.

The most commonly used method to get so-called ‘green’ hydrogen without CO2 emissions in the production process is electrolysis; splitting (very clean) water into hydrogen (H2) and oxygen. But that requires electricity from renewable sources like solar panels or windmills. And quite a lot of it, as 30% of the energy is lost during the process.

The ‘hydrogen solar panel’ from the research team, lead by professor Johan Martens, uses ‘a unique combination of physics and chemistry’ with solar energy and membranes to draw pure hydrogen directly from the moisture in the air. And it doesn’t need to rain for that. It can be relatively dry, plain air.

With the production of 20 of these panels, an average family can live one year self-sufficient in its energy production (electricity and heating). “Add another 20 and you’ll have enough hydrogen to drive your car equipped with a fuel cell,” researcher Jan Rongé says.

Not the best solution for cars

Nevertheless, hydrogen isn’t necessarily the best solution for cars, Rongé explains when asked. For cars, battery electric vehicles (BEV’s) in most cases are the better choice as the stored electricity is used right away. While with a fuel cell converting hydrogen to electricity, there is a loss. That loss could be up to 30%.

But for heavy road transport and maritime transport, it is considered one of the best ways to achieve zero-emissions. A battery-powered truck, like Tesla’s Semi, would require several tons of batteries for a range of 800 km. A hydrogen semi-truck like the ‘Tre’ American competitor Nikola is working on, could achieve ranges up to 1 200 km without the additional weight.

Hydrogen tanks can be filled up in minutes, but this requires a network of filling stations. The beauty of the technology of this ‘direct solar hydrogen production’ is that it can be done on location with these panels, avoiding costly transport or pipelines in the best case. You still would need to compress and store it.

Or you can have these hydrogen panels at home for electricity production that can be stored in the form of hydrogen or used for heating. Actually, the research team is testing its panels in ‘real-life conditions’ today in a house in Oud-Heverlee near Louvain that provides in its own energy needs.

It has regular solar panels and backup batteries, a heat pump for heating, a Tesla car for driving, and up to 20 hydrogen panels. If the experiment, funded by the Flemish Agency for Innovation and Entrepreneurship (VLAIO), turns out well, more family homes will be equipped with the hydrogen panels.

“The work we’re doing today is less academic but geared more to upscaling the technology to commercial production of the panels,” says Jan Rongé. The next step is setting up a production site and a ‘living lab’ for research on a systems level. The pilot production methods will be tested and fine-tuned to become a standard product with a production capacity of 5 000 panels per year in the final phase, end of 2022.

The researchers believe, when mass-produced, prices for this kind of panels could drop dramatically over time to a level it becomes commercially viable for everybody, as we saw in the evolution of solar panels.

So again, what are we waiting for to scale up this technology in Europe?  “We didn’t make too much fuzz about it so far,” Rongé says, “because we don’t want to create too high expectations yet.” The technology is patented, but the researchers don’t want it to come into the hands of one big company with deep pockets. But they’re willing to share their knowledge.

It’s not intended to make big money. They want to give it the best chance to become a widely used technology for society, Rongé adds. But if Europe with its ‘Green Deal’ or a credible alliance of governments and industries would come up with the funds to accelerate things, the Louvain researchers wouldn’t be likely to reject the outstretched hand. 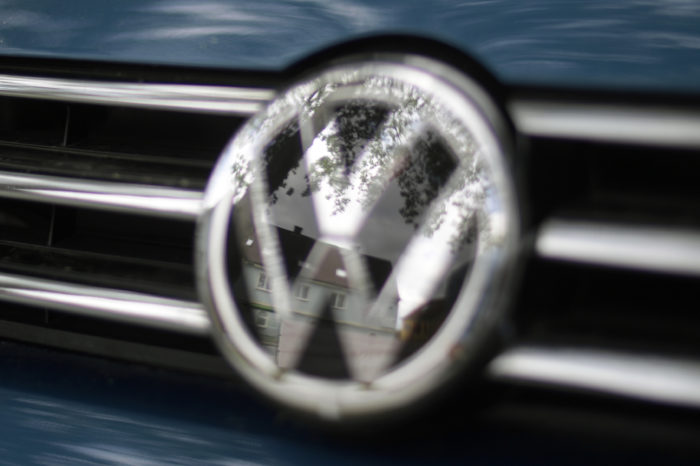 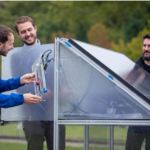