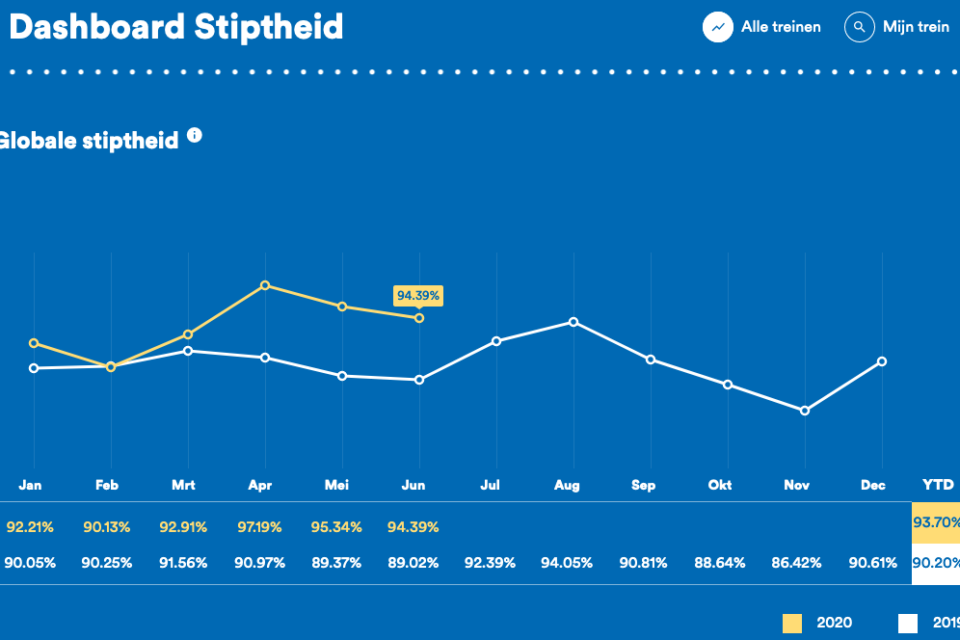 In June, the punctuality of the domectic passenger trains was 94,39% /NMBS

The Belgian national railway company, NMBS/SNCB, has developed a new tool to follow up on the punctuality of the trains. Travelers can now check the accuracy of their route day by day, the NMBS/SNCB announced on Thursday.

The tool – available on https://punctuality.belgiantrain.be – not only gives the punctuality of the train connection from start to end destination but also of the ride between specific stations. The goal is to integrate the tool later in real-time information about the trains.

NMBS/SNCB confirms that the global punctuality of the domestic passenger trains in June was 94,4%. In June last year, 89% of the trains arrived on time or had a delay of 6 minutes at the most. In the first six months of this year, punctuality was 93,7%; last year, it was 90,2%. 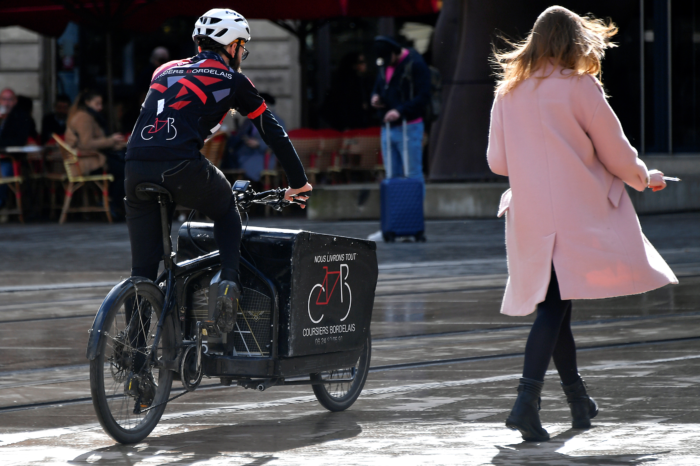 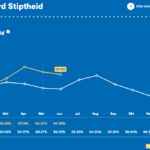