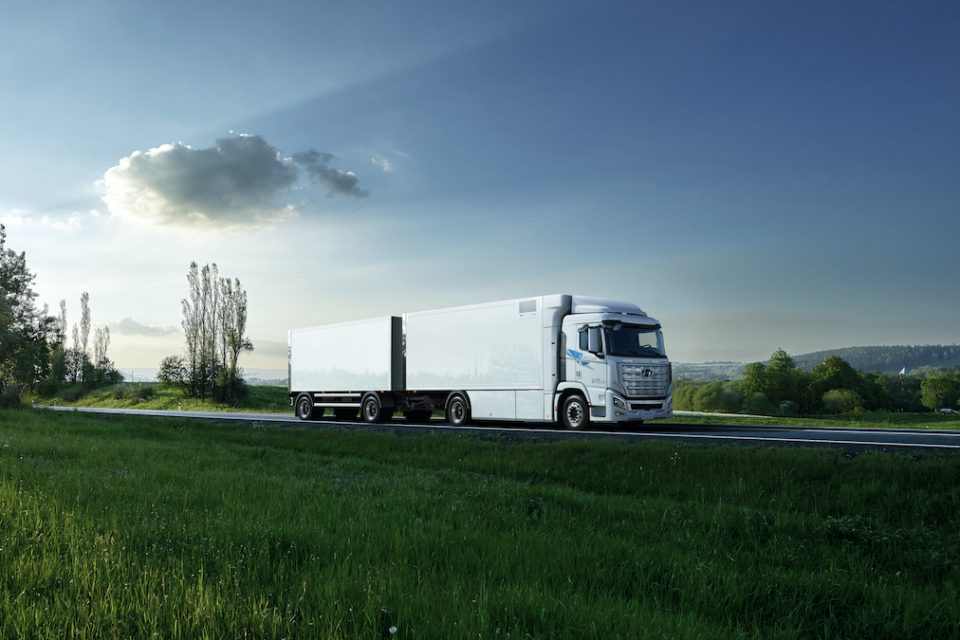 While other major truck manufacturers are still experimenting with hydrogen for heavy transport, Hyundai’s first ten fuel cell trucks of a fleet of 50 are on their way to Switzerland. The 34-ton Hyundai XCIENT Fuel Cell with a range of 400 km will be leased by a joint venture with Swiss company H2 Energy to commercial truck operators on a pay-per-use basis.

The South Korean manufacturer, who was the first to mass-produce fuel cell cars with the ix35 and the Nexo, plans to take on the rest of Europe from its ‘base camp’ in Switzerland. It wants to roll out a total of 1 600 XCIENT Fuel Cell trucks by 2025.

Hyundai chose the mountainous country partly because of the abundance of hydropower to produce ‘clean’ hydrogen without CO2 emissions. Developing a network of hydrogen filling stations is part of the setup. For the project, Hyundai decided in 2019 to partner with Swiss hydrogen company H2 Energy in a joint venture called Hyundai Hydrogen Mobility.

Another important reason for building a business case is the Swiss LSVA road tax on commercial vehicles, which does not apply for zero-emission trucks. According to Hyundai, this will help to nearly equal the hauling costs per kilometer of a classic – initially much cheaper – diesel truck.

The dual-mounted fuel cell system provides enough energy to drive the heavy-duty trucks up and down the mountainous terrain in the region, says Hyundai.

In a truck plus trailer combination of 34 tons with refrigeration, it has an average range of 400 km. Hyundai is working on a long-distance truck tractor version with a 1 000 km range too.

This 400 km range version is developed to accommodate specifically for the Swiss clients that will use from September on the trucks on a pay-per-use base. The latter has the advantage they don’t have to invest heavily in the fleet themselves. 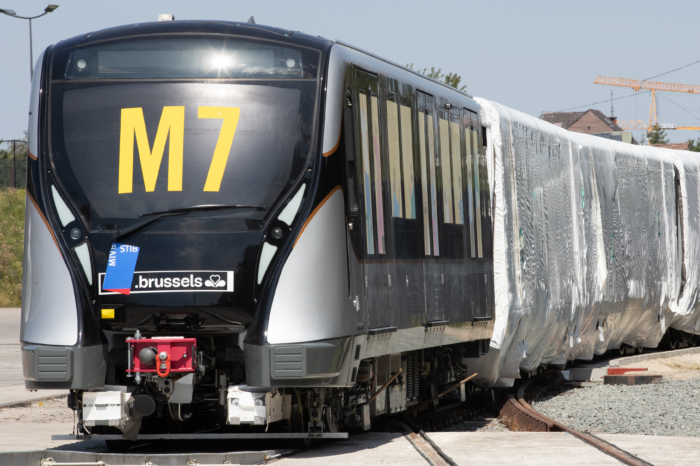 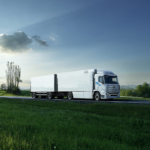