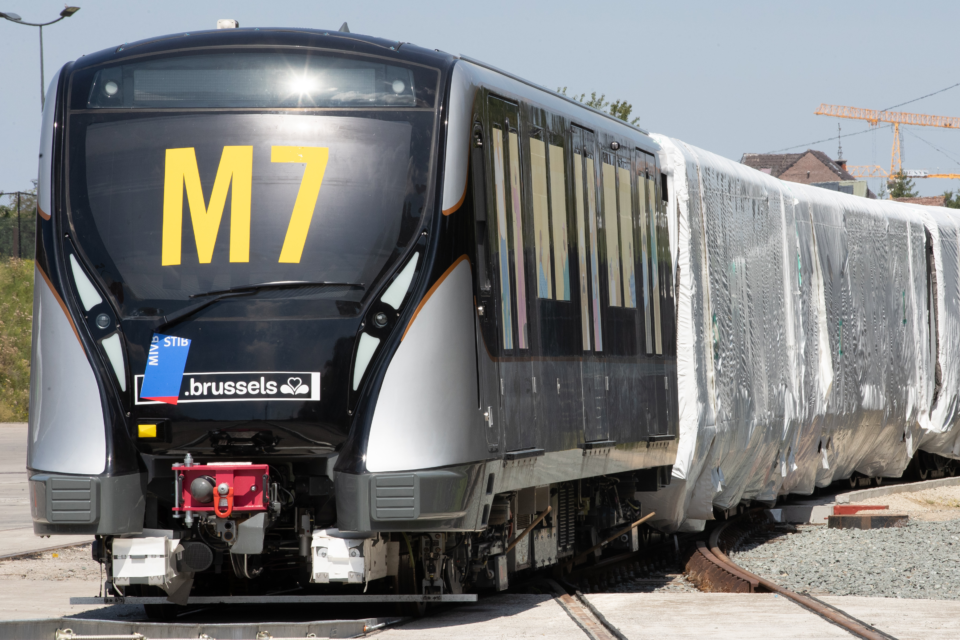 The Brussels public transport company, MIVB/STIB, received the first brand new M7 subway train on Monday at its site in Haren. It will now be extensively tested and put into service on the network at the beginning of 2021. MIVB/STIB has ordered a total of 43 of these new subway trains.

In Haren, the new subway of the Spanish subway company CAF (Construcciones y Auxiliar de Ferrocarriles) is subjected to the first performance and signaling tests. Toward the end of August, the subway will be moved to the Delta subway depot in Auderghem, and tests will be carried out, without passengers, on the MIVB/STIB network.

These will last three months and will focus, among other things, on the dimensions of the carriage, its compatibility, or respect for the speed of travel.  The other carriages will follow at the rate of two new carriages every seven weeks.

This new generation of subway trains has been specifically designed to improve the traffic flow of the Brussels subway. They are 94 meters long and 2,70 meters wide and will be able to carry up to 742 passengers in total, compared with 746 for the previous generation of subways.

“You don’t buy a subway like you buy a plane,” says Brieuc de Meeûs, CEO of MIVB/STIB, in the newspaper La Dernière Heure. “Planes are chosen from a catalog. Here, this carriage is designed, engineered, and built for the MIVB/STIB and Brussels.”

The M7 subway train, once again designed by Axel Enthoven, has a chic chrome look. It’s colors, black, and silver were chosen by passengers in 2017. The carriage is also more accessible to people with reduced mobility, strollers, and bicycles thanks to wider doors, a 100% flat floor at the platform level, and dedicated multi-purpose areas.

If all tests go well, passengers will be able to get on the new M7 carriages for the first time by the beginning of 2021. The new subway train will run on lines 1 and 5 and will free up other carriages to run on lines 2 and 6. The new trains will also be used on the future line 3, which will link Bordet and Albert, who writes the newspaper La Capitale.

According to MIVB/STIB,  these new trains will make it possible to reach a frequency of one train every two minutes during rush hours, compared to one every two and a half minutes at present. On lines 2 and 6, 3 000 additional seats per hour and per direction will be offered. On the Brussel West Station-Merode line, there will be 5 000 extra seats.

“With these new vehicles we can significantly increase the frequency and the number of passengers per subway,” says Brussels Minister of Mobility, Elke Van den Brandt (Groen). “The confinement period was difficult for public transport. It is important to revive the sector. These more reliable, spacious, and comfortable trains are helping to convince people to use public transport. ”

The framework agreement with CAF, a rolling stock manufacturer in Beasain, Basque Country with which Flemish public transport company De Lijn also collaborates, was concluded for a period of 12 years and includes, in addition to the 43 carriages, associated equipment such as spare parts or a stimulator. The first 22 subway trains will be delivered between July 2020 and the third quarter of 2022. The delivery date of the remaining 21 carriages has yet to be determined. 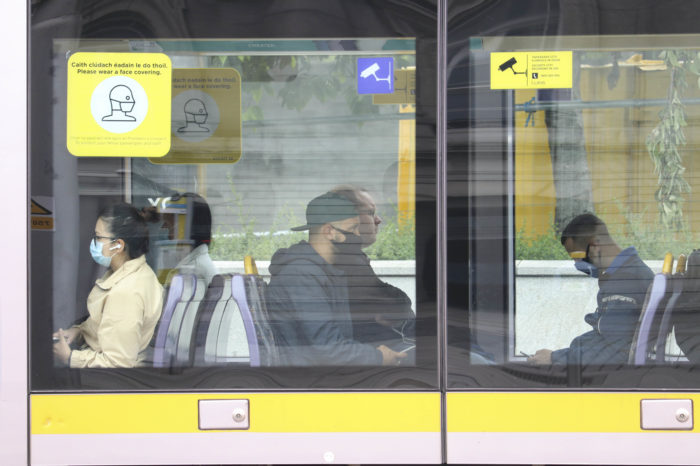 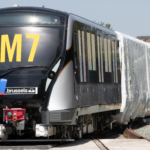